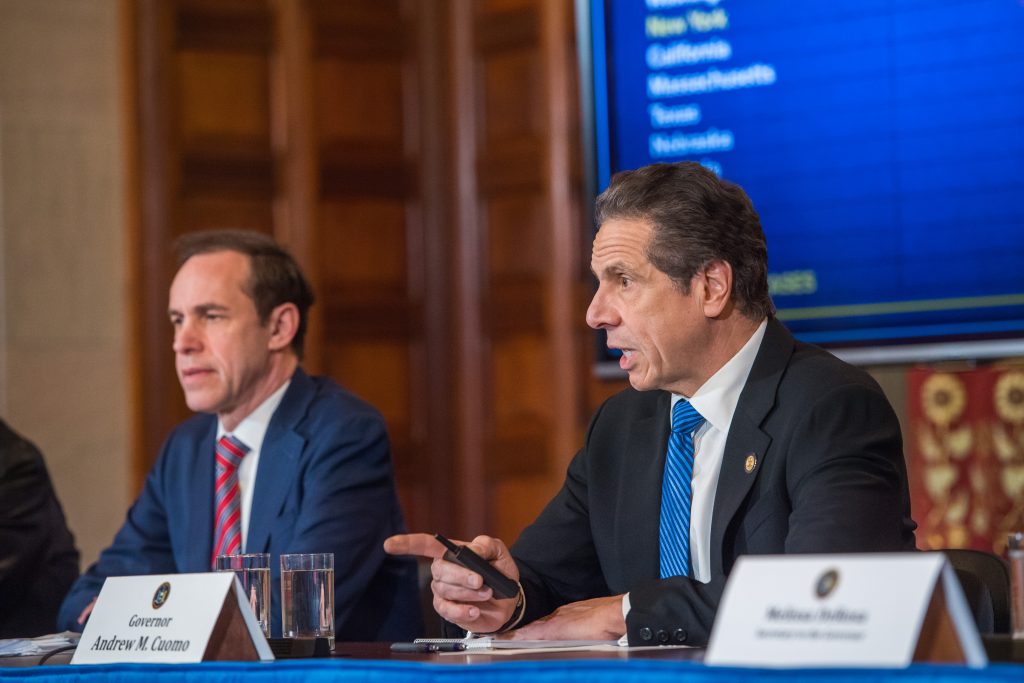 “I’m going to ask them voluntarily to do telecommuting, two shifts, a morning shift and a late shift, and let people work from home voluntarily,” Cuomo said on MSNBC.

The announcement came the day after Cuomo declared a one-mile-radius “containment area” in a suburban community with more than 100 cases of the virus, COVID-19.

Several schools and houses of worship in New Rochelle, just north of New York City, are closed for two weeks, and Cuomo said the National Guard would be sent in to help deliver food to quarantined people.

The new coronavirus causes only mild or moderate symptoms such as fever and cough for most patients but can cause more severe illness for some, especially older adults and people with existing health problems.

Cuomo said on CNN that there were about 20 new confirmed cases in New York state, up from Tuesday’s count of 173. A spokesman for the Democratic governor said additional test results would be announced later Wednesday.

The strategy of staggering work hours to reduce rush-hour crowding was widely used during the 1918 influenza epidemic.