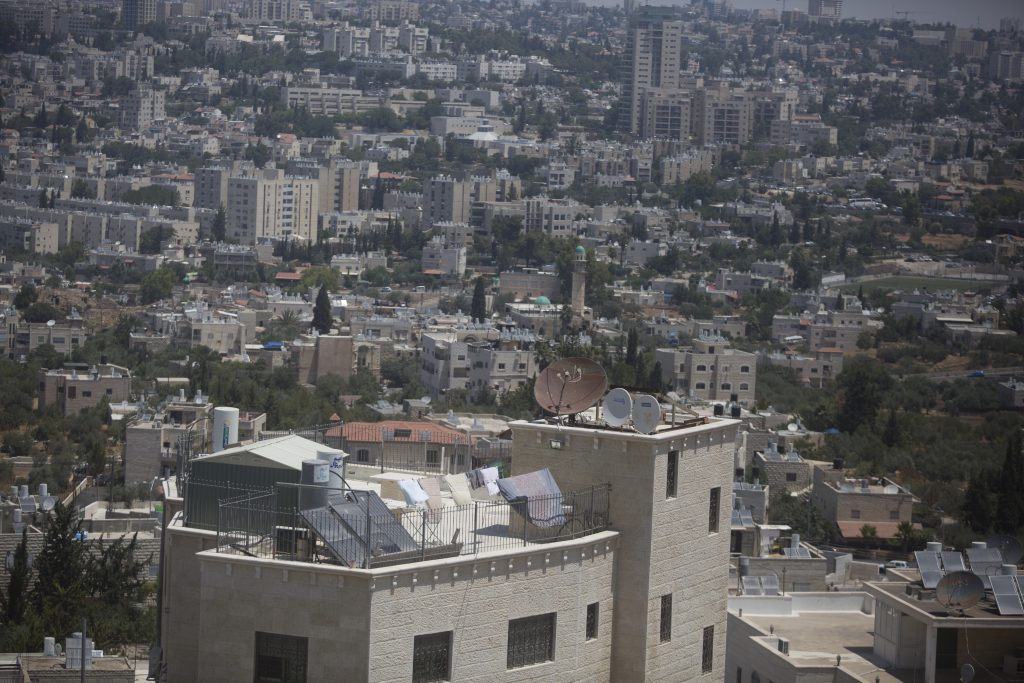 The U.S. State Department changed its standard description of East Yerushalayim Palestinians from “Palestinian residents” of the city to “Arab residents” or “non-Israeli citizens” in an annual global human rights report released on Wednesday.

The overwhelming majority of East Yerushalayim’s more than 340,000 Palestinians identify as such. The Palestinians have long sought the city’s east as capital of a future state.

Palestinians in Yerushalayim hold Israeli residency permits but few have citizenship in Israel, which considers the entire holy city as its eternal, undivided capital. Yerushalayim is also home to more than 500,000 Israelis.

The change in U.S. terminology comes amid increased wrangling over the contested city following the release of President Donald Trump’s Middle East plan, which says Yerushalayim should “remain the sovereign capital of the State of Israel” under any Israeli-Palestinian peace accord.

State Department reports on human rights practices from 2018 and 2019 referred to East Yerushalayim Palestinians as “Palestinian residents of Jerusalem” in sections on civil judicial procedures, discrimination and freedom of movement.

Those same sections in the 2020 report referred to Palestinians as “Arab residents” or “non-Israeli citizens.”

Hanan Ashrawi, a senior Palestine Liberation Organization official who herself holds a Yerushalayim residency permit, said: “Just to decide this, to eradicate their identity and history and culture and rename them at will, is not only preposterous, it’s unconscionable.”

Terminology aside, the report surveyed matters of corruption, law enforcement and freedom of press and movement both in Israel and in the Palestinian Authority.

And in the context of human rights, it noted that during the last year, Palestinian terror groups launched 1,340 rockets and mortars from the Gaza Strip “toward arbitrary or civilian targets in Israel, killing six Israelis and injuring more than 150 Israeli civilians.”

“Some Palestinians and Muslim religious leaders used antisemitic rhetoric and engaged in Holocaust denial,” the report reads, as quoted by The Jerusalem Post. “Anti-Israel sentiment was widespread in public discourse and sometimes crossed the line into antisemitism, including expressions of longing for a world without Israel and glorification of terror attacks on Israelis.”

According to the report, “during times of heightened tensions between Israeli authorities and Palestinians, Palestinian press and social media sometimes circulated cartoons encouraging terrorist attacks against Israelis, and official PA media outlets published and broadcast material that included antisemitic content.”