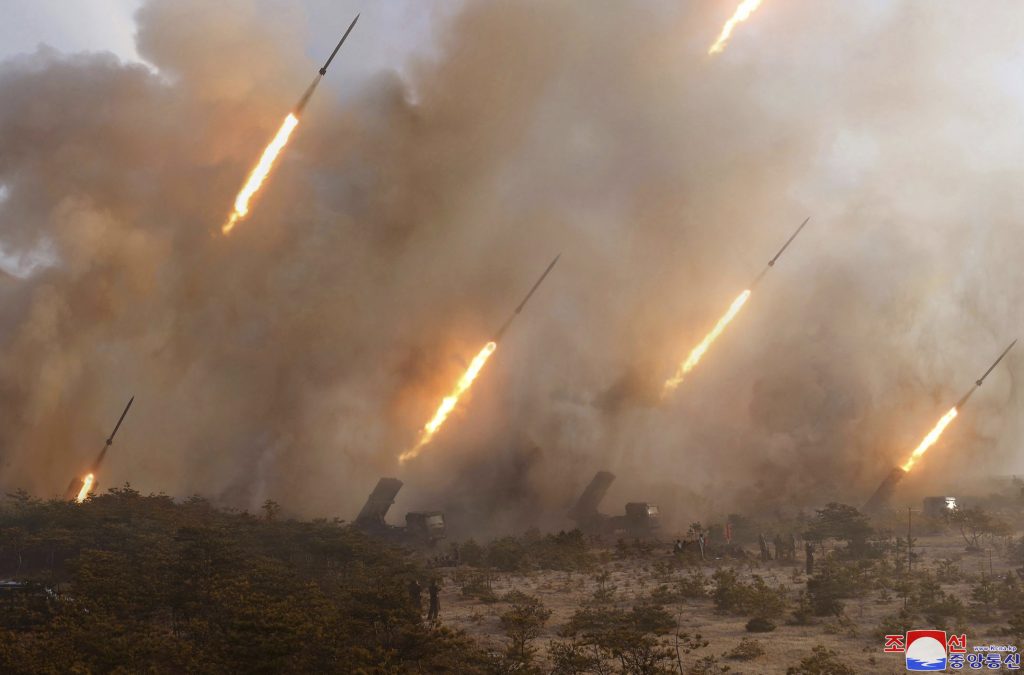 Pyongyang’s official Rodong Sinmun newspaper published photos of rockets blasting out of multiple-rocket launchers and striking what appeared to be an island target.

Kim, wearing a black fur hat and carrying binoculars, watched from a trench, alongside a military officer who, unlike Kim, wore a black facemask in an apparent reflection of the country’s campaign against the new coronavirus.

The KCNA said Kim vowed to build his artillery force into the “world’s strongest arms of service everyone is afraid of” but did not mention any direct comments toward the United States or rival South Korea.

Seoul’s Joint Chiefs of Staff said the projectiles fired from the eastern coastal town of Sondok flew as far as 200 kilometers (125 miles) at a maximum altitude of 50 kilometers (30 miles) before landing in the waters between the Korean Peninsula and Japan.

Kim also oversaw artillery exercises on Feb. 28 and March 2 as the country resumed weapons tests for the first time since November, a lull that some experts say could have been caused by the country’s toughened preventive measures to fend off COVID-19.

North Korea has not publicly confirmed a single case of the illness, but its state media have reported that thousands of people have been quarantined as part of strict prevention measures.

Kim had entered the new year vowing to bolster his nuclear deterrent in face of “gangster-like” U.S. sanctions and pressure.

Nuclear talks have stalemated since the collapse of the second summit between Kim and President Donald Trump in early 2019, when the Americans rejected North Korean demands for major sanctions relief in exchange for a partial surrender of its nuclear capabilities.