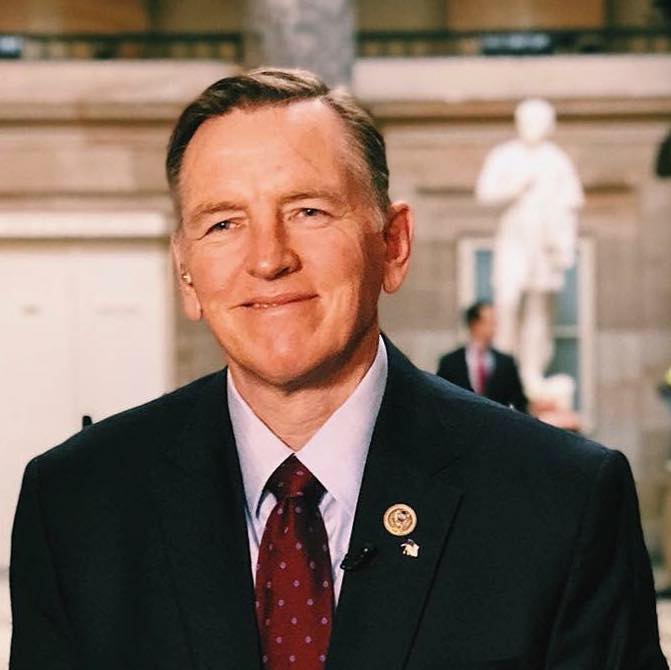 They travel frequently and often great distances. They spend their days meeting people, shaking hands and giving hugs. Their workplace is visited by millions each year. And many, including their most senior leaders, are rather old.

The current lineup of 530 members of Congress are in an especially vulnerable position as the coronavirus outbreak expands to pandemic proportions, and top leaders on Capitol Hill are suddenly caught between the need to go about the people’s legislative business and the risk of operating what could be a giant marble-enclosed petri dish as the pathogen spreads.

The stakes for lawmakers were heightened Sunday when Sen. Ted Cruz (R-Texas) and Rep. Paul Gosar (R-Ariz.) announced that they and their aides were engaging in a voluntary self-quarantine after feared exposure to the virus.

Both interacted with a confirmed carrier of the virus at the annual Conservative Political Action Conference (CPAC) in suburban Washington late last month – one of many public gatherings where lawmakers, aides and other political players are in proximity with potential carriers of the virus.

Leaders of the House and Senate have taken a measured approach, consulting closely with the congressional attending physician and thus far refraining from announcing more drastic restrictions.

Sen. Dick Durbin (D-Ill.) the No. 2 Senate Democrat, said it was too early to consider cutting short legislative sessions or shutting down Capitol tours but said senators needed to consider significant changes to their usual routines to prevent an outbreak in the legislature.

“Our lifestyle is the exact opposite of a quarantine. We’re by nature public animals and in contact with the public,” Durbin said, also noting the advanced age of many senators. “We’ve got to be sensible about this. Health is the most important thing for all of us. We don’t want to overreact, but let’s wait and see what happens.”

Individual members have already started making changes – whether by stepping up their hygienic precautions or canceling events.

Rep. Jimmy Panetta (D-Calif.) on Monday canceled town hall meetings he had scheduled in his Northern California district for next week’s planned congressional recess, citing the virus risk. He is substituting smaller round-table events with health-care experts that he plans to publicize locally to circulate reliable medical guidance.

Panetta watched the changing practices play out in real time at another large gathering of politicians – the annual civil rights commemoration in Selma, Alabama – which took place on March 1 as concerns about community transmission of the virus inside the United States began to take hold.

“You know, when we got on the plane, it was handshakes, and by the end of it, people had started to get into that habit [of giving elbow taps] – nevertheless, it’s still difficult for people like me,” said Panetta, who greeted a reporter in the Capitol with a firm handshake.

House aides said there have been private discussions of whether the coming recess could be extended indefinitely. Congress must act by Sunday to extend some critical foreign surveillance authorities but has no other pressing deadlines until May 22, when authority for several key health care programs will expire.

Lawmakers acted last week to pass $8.3 billion in emergency funding to address the coronavirus response, a measure that is expected to support the federal response for at least the coming weeks. But White House officials and some lawmakers are already discussing a possible economic aid package aimed at reassuring financial markets and staving off a possible recession.

Whether those negotiations will require all members of Congress and their staffs to be going about business as usual in Washington remains to be seen. House Speaker Nancy Pelosi (D-Calif.) told reporters Thursday that she would continue to follow the guidance of medical experts but saw no immediate need to curtail access to the Capitol or the congressional schedule.

That was before news that congressional Republicans had been potentially exposed to the virus at CPAC – and that many more lawmakers and aides attended an even larger event, the American Israel Public Affairs Committee policy conference, where at least two coronavirus carriers were present but did not appear to directly interact with any congressional aides.

The congressional attending physician said in a statement Monday that the infected person who attended CPAC was able to provide public health officials with the names of specific people he had interacted with, including “several” members of Congress. Those lawmakers, the statement said, were contacted and interviewed and found to be at “low risk” for infection; some opted to engage in a self-quarantine out of an abundance of caution.

“The Office of Attending Physician supported this overall prudent individual choice by the members due to the unique requirements of members of Congress and their travel, professional work, and frequent interaction with members of the public,” the statement said.

At a briefing Monday, Nancy Messonnier, the director of the National Center for Immunization and Respiratory Diseases at the Centers for Disease Control and Prevention, indicated that people over 80 and 90 are at the greatest risk from the virus.

“I really think it’s important for the American public to understand the risk,” Messonnier said. “We use these broad categories of over 60 or over 65, but the data really says that as you get older the risk goes up.”

Rep. Barbara Lee (D-Calif.) 73, declined to directly address the age-related implications of the outbreak. She said members are facing this just like the public at large, listening to health experts and following their leaders’ cues.

“We see a balance and take precaution and do everything that the public is doing in terms of the public health requirements here on Capitol Hill. And I think everyone needs to know that no one is exempt from this,” she said.