Israel Gantz All In on Liberman’s Anti-Religious Platform
Israel 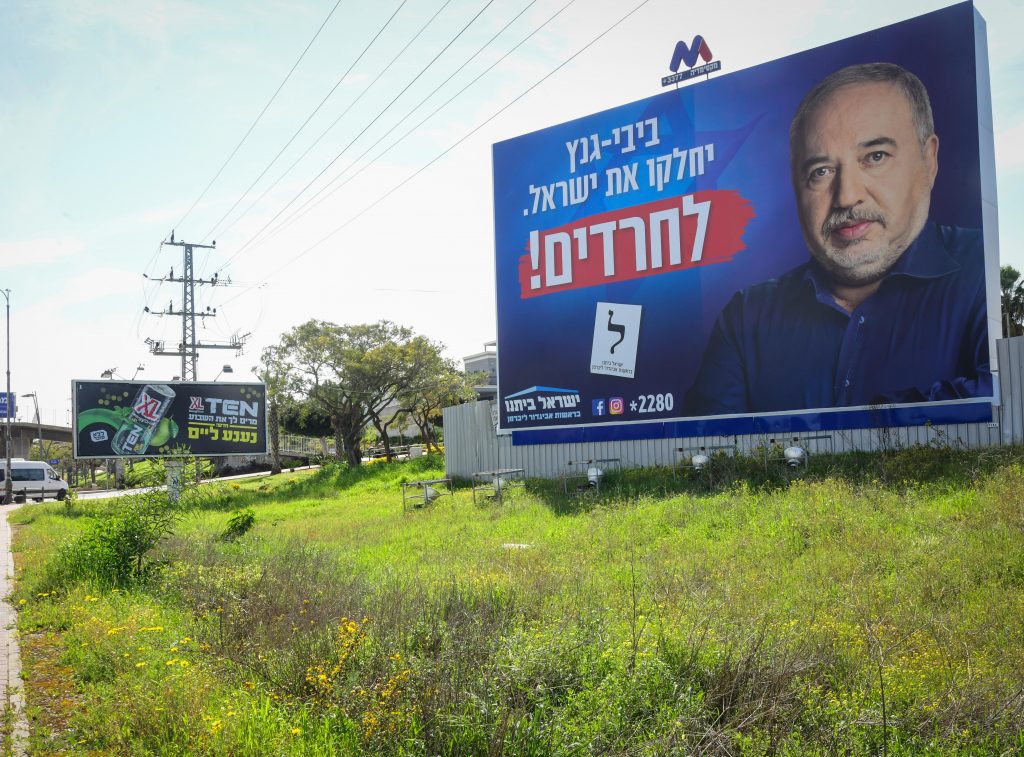 In order to ensure Yisrael Beytenu’s votes to remove Binyamin Netanyahu from office and make himself Prime Minister, Benny Gantz said Sunday that he accepted fully the conditions laid out by Avigdor Liberman – including full draft for yeshiva students, public transportation on Shabbos and civil marriage. “I agree” with the conditions, Gantz said in a social media post. “We need to move forward.”

“Forward,” as far as Gantz and Liberman are concerned, include a coalition commitment to five conditions laid out by the Yisrael Beytenu leader. The five include: A demand by Liberman that retirees receive 70% of the minimum wage in their National Insurance retiree transfer payments; transferring all responsibility for public transportation to local authorities, a move that guarantees mass chillul Shabbos in most towns in Israel, as they will now be free to institute bus service on Shabbos; passage of Yisrael Beytenu’s version of the Draft Law, which would exempt just a few hundred yeshiva students and impose criminal penalties on those who do not serve in the IDF; a law allowing civil marriage; and decisions on conversions made by local rabbis, with the local Chief Rabbinate-appointed rabbi converting individuals in his own beis din.

The conditions are such that Gantz would certainly be unable to talk Shas or United Torah Judaism, and most likely Yamina, into joining his coalition, analysts said, and has thus made his decision to go for a minority government of 59 MKs that will be dependent on the whims of the United Arab List.

Meanwhile, Shas leader Rabbi Aryeh Deri again on Sunday circulated a commitment letter among Likud, Shas, UTJ and Yamina MKs, in which they said that the only government they would join would be one headed by Netanyahu. The letter states that the MKs are opposed to a minority government that relies on “supporters of terror who opposed the State of Israel as the homeland of the Jewish people.”

A government like that “is a clear and present danger to Israel. We call on all MKs who support the State of Israel not to provide assistance to allow this to happen,” the letter said, adding that “establishment of such a government constitutes a defrauding of the public by Blue and White and Yisrael Beytenu, who promised not to establish a government with the support of the United Arab List.”

Over the weekend, it also became clear that Blue and White are pushing to replace Knesset Speaker Yuli Edelstein (Likud) with MK Meir Cohen (Blue and Whitte).

Party insiders said that talks are underway to that effect with Yisrael Beytenu and the Joint Arab List.

Edelstein has been serving as Knesset speaker since 2013. Blue and White seeks to present the motion for his replacement in the 23rd Knesset’s plenary session, next Tuesday.