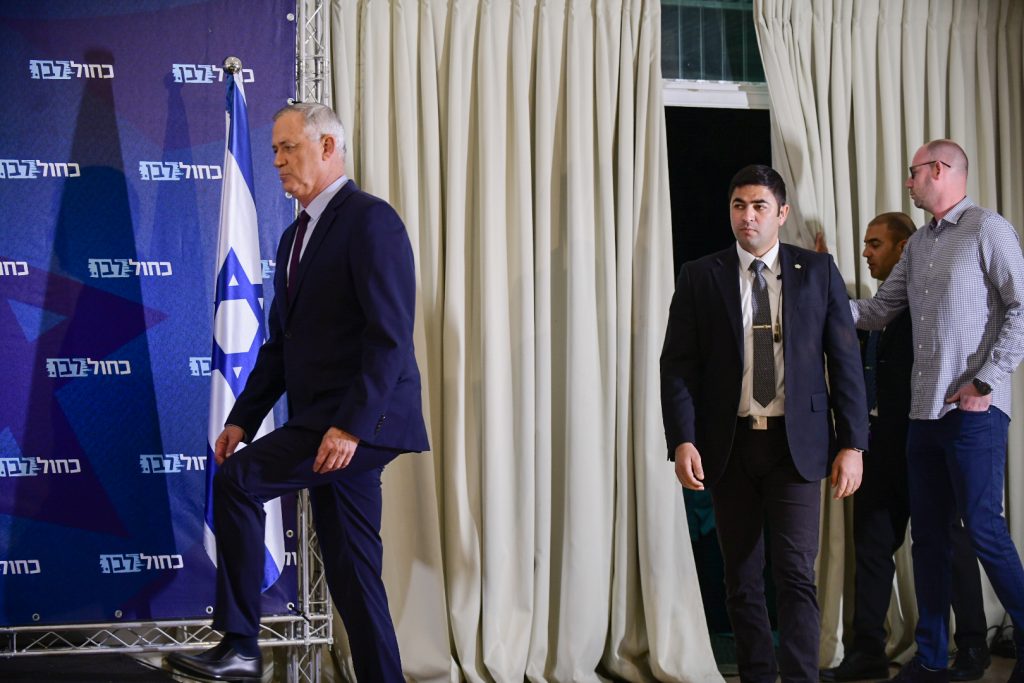 The Knesset on Sunday beefed up the security detail protecting Blue and White leader Benny Gantz, after deeming various death threats against him to be credible.

The threats came in the wake of last week’s volatile and inconclusive election, in which PM Netanyahu was unable to capture the parliamentary majority needed to form a government.

Gantz revealed that a man tried to assault him on Motzoei Shabbos as he arrived at a speaking engagement, and that Netanyahu supporters have been threatening him online. One post called for Gantz to be murdered just like former Prime Minister Yitzhak Rabin, who was assassinated by a Jewish ultra-nationalist in 1995. Another portrayed him and his fellow party leaders in Arab headdress, similar to images that circulated of Rabin before he was killed.

The Knesset Guard, responsible for the security of the parliamentarians, assigned two additional men to Gantz’s security detail.

Attorney General Avichai Mandelblit and acting Israel Police commissioner Motti Cohen released a joint statement on Sunday condemning the threats and saying they are “committed to working with law enforcement agencies to bring about prompt, effective and determined treatment of statements that raise suspicions of criminal offenses of threats or incitement to violence.”

Gantz vowed to unseat Netanyahu with a more worthy leadership and warned the prime minister to tamp down his divisive rhetoric before it was too late.

“Netanyahu: The public atmosphere and the threats worry every national leader,” he said, pointing his finger forward. “The incitement is raging everywhere and you are silent.”