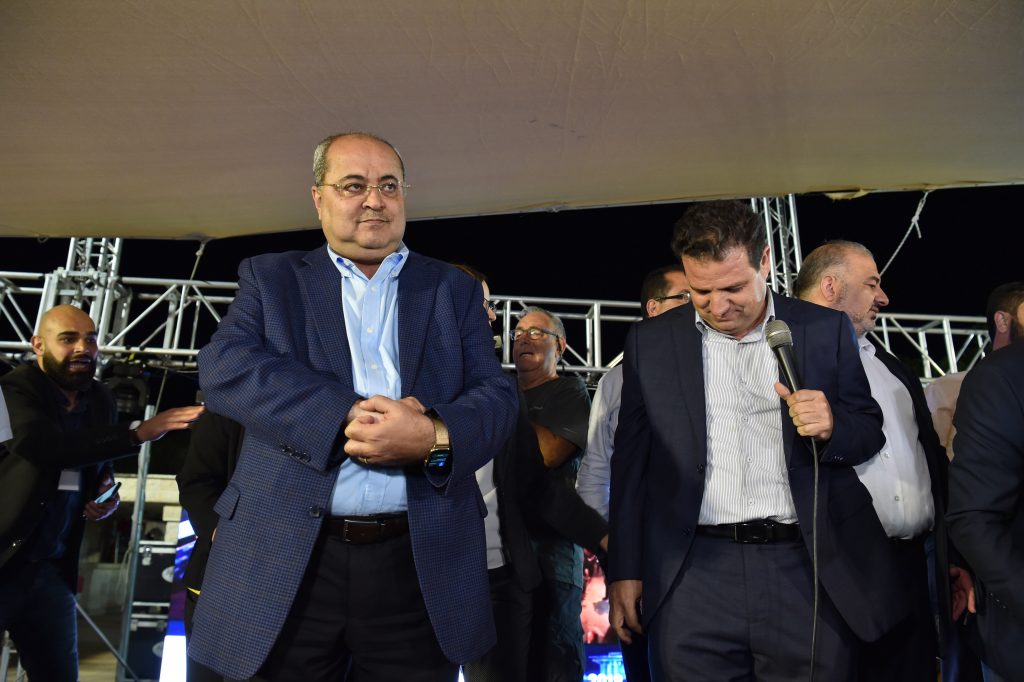 In protest against the possibility that Benny Gantz will attempt to form a government with the aid of the United Arab List, thousands of Israelis have begun hanging black ribbons from their apartment terraces, front doors and car antennas. The protest was the idea of journalist Boaz Golan, who has a nightly program on Channel 20.

According to Golan, “there is a great deal of anger against Blue and White” over the possibility that such a government will be formed. The possibility that Gantz could form a government that relied on the votes of the United Arab List increased greatly Thursday night, over reports that Moshe Yaalon, who had opposed the idea, has changed his mind.

According to the report by Haaretz, the List would vote for Gantz as the choice for prime minister – sans the party’s Balad MKs, who would abstain. Together with the votes of Yisrael Beytenu, that would give Gantz 59 votes – one more than the number Binyamin Netanyahu could garner from the right-wing bloc, and enough to form a minority government.

Sderot Mayor Alon Davidi on Motzoei Shabbos appealed to Gantz to reconsider. In a statement, Gantz said “for months you said you would not hesitate to impose a heavy blow on Hamas and eliminate terrorists, and we have seen numerous video clips in which United Arab List MKs Ayman Odeh and Ahmed Tibi praise these terrorists.

“How will you establish a government with the help of these MKs who praise terrorists? How will this work exactly? On Sunday you will begin an operation against Gaza and on Tuesday they will bring down the government? Do not turn yourself into a joke. Do not put yourself in the position of being the leader who so hated Netanyahu that he caused the government to rely on people who praise terrorists. I suggest that you wake up – do not cause yourself this embarrassment,” Davidi said.