Israel Number of Infected in Israel Rises to 25; Health Ministry Considering Placing Travelers From Some U.S. States in Quarantine
Israel 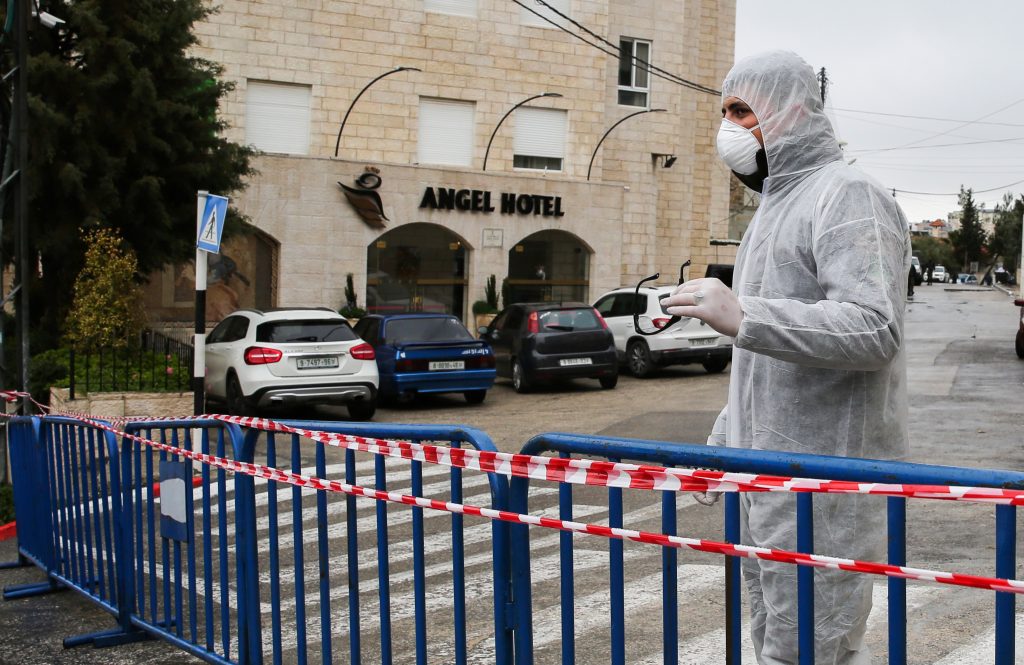 The Health Ministry announced Motzoei Shabbos that the number of people infected by the coronavirus in Israel has risen to 25.

Four new cases were confirmed during Shabbos with one person hospitalized with mild symptoms.

Twenty of the people infected are being treated in hospitals. One of them, a resident of East Yerushalayim, is in serious condition after driving the tourist bus with infected pilgrims from Greece.

Meanwhile, in an interview with Channel 12 on Motzoei Shabbos, Health Ministry director-general Moshe Bar Siman Tov said the ministry was making decisions regarding the United States not as the whole country, but rather on a state-by-state basis.

As such, he said that as of now, the only states from which travelers might require quarantine are Washington, New York and California. Other states might be added to the list in the future.

He said that a final decision by the Health Ministry would be made by early Sunday.

Bar Siman Tov added that other European countries – including Norway, Belgium and the Netherlands – are also being considered for quarantine. The ministry is waiting to receive news about the coronavirus situation in those countries before making a final decision, which Bar Siman Tov said would be done in close cooperation with the National Security Council.