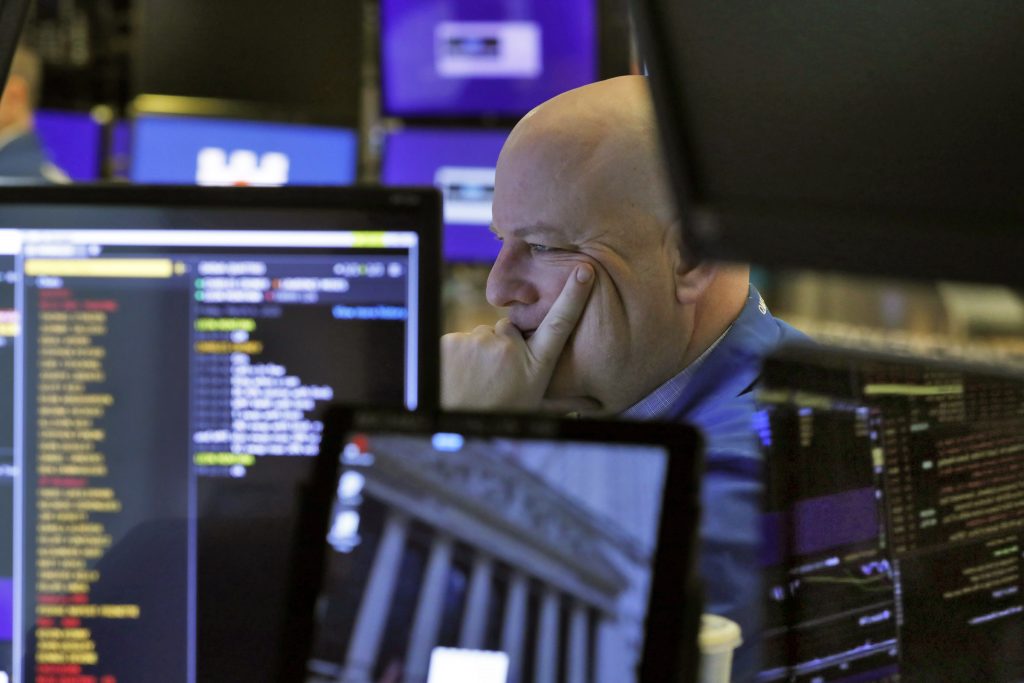 Even a better-than-expected report on U.S. jobs wasn’t enough to pull markets from the undertow. It’s usually the most anticipated piece of economic data each month, but investors looked past February’s solid hiring numbers because they came from before the new coronavirus was spreading quickly across the country.

Fear coursed across borders and across markets. The lowlight was another plunge in Treasury yields to more record lows. The 10-year Treasury yield falls when investors are worried about a weaker economy and inflation ahead, and it fell below 0.70% during the morning. Earlier this week, it had never in history been below 1%. It was at 1.90% at the start of the year, before the virus fears took hold.

“The bond market says the monster under the bed is much bigger and scarier than anyone expects right now,” said Ryan Detrick, senior market strategist at LPL Financial.

U.S. stock indexes slumped more than 2% in midday trading, following 3% losses for Europe and 2% losses for Asia. Crude oil lost nearly 8% on worries that producers won’t cut supplies enough to match the falling demand from an economy weakened by the virus. A measure of fear in the U.S. stock market surged 17%.

At the heart of the drops is the fear of the unknown. The virus usually causes only mild to moderate symptoms. But because it’s new, health experts aren’t sure how far it will spread and how much damage it will ultimately do, both to health and to the economy.

The number of infections has topped 100,000 worldwide, and businesses are already reporting hits to their earnings. Apple has said manufacturing slowdowns in China is hurting its sales, and United Airlines is cutting flights in the face of weaker demand. An airline industry group says the outbreak could erase as much as $113 billion in revenue.

Not knowing how bad the viral outbreak will ultimately get, some investors are reacting by simply selling. Many analysts and professional investors say they expect the market’s sharp swings to continue as long as the number of new cases accelerates.

“At this point no one can really explain why the markets behave the way they do, and what may be next,” said Ipek Ozkardeskaya, a senior analyst at Swissquote Bank. The only thing we can say is this high volatility is bad.”

If Friday’s moves hold, this will be the first time the S&P 500 has swung more than 2% in either direction over five straight days since December 2008. That was during the depths of the financial crisis, when investors worried that the world’s financial system might melt down.

Given all the uncertainty around what’s ultimately a health scare, analysts say it’s difficult to find a single sell-off from the past that can provide a good perspective on what may happen next. One thing for certain is that many investors saw the stock market as expensive heading into this downturn. They said corporate profits would need to jump in 2020, as many analysts had expected to justify the prices, but the virus has now put that under threat.

The bond market sounded the alarm on the potential economic effects of the virus long before the stock market, and yields fell further Friday.

The two-year Treasury yield, which moves on expectations for moves by the Federal Reserve, fell to 0.46% from 0.62% as traders built up bets that the Fed will cut rates deeper to cushion the economic blow from the virus.

The Fed surprised the market earlier this week with a half-percentage-point cut, its steepest move since 2008 and also the first move between regularly scheduled meetings since then. Investors expect other central banks around the world to follow suit in hopes of supporting markets.

At the same time, doubts are high about how much effect lower rates can have. Cheaper loans may encourage some people to buy cars, homes or make other big purchases, but they can’t get workers back into factories if they’re out on quarantine.

A boost for stocks came earlier this week after U.S. congressional leaders struck a deal on an $8.3 billion bill to combat the coronavirus, which President Donald Trump signed on Friday. But investors say a slowdown in the economy seems inevitable, and they need to see a deceleration in new infections before turning more optimistic.

“It comes down to we just have to have some good news on the coronavirus,” Detrick said.