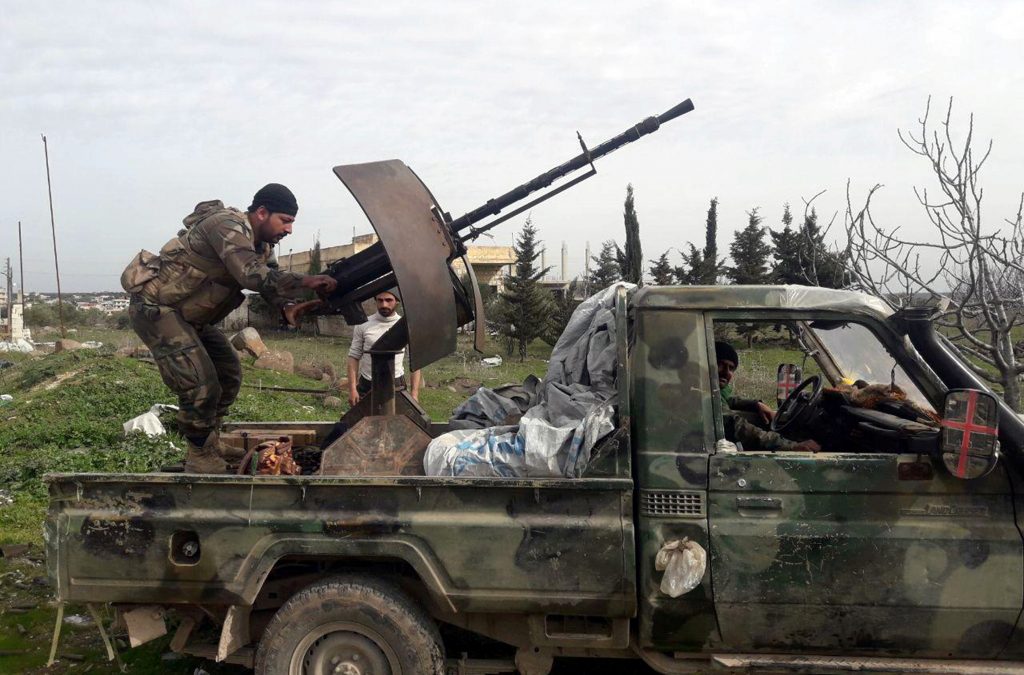 Opposition activists and a war monitor reported a complete absence of Russian and Syrian government warplanes in the skies of Idlib and a relative calm in the area Friday morning, following a ceasefire deal brokered by Turkey and Russia that halted a terrifying campaign of bombing from above.

Airstrikes over the past three months killed hundreds and sent a million people fleeing toward the Turkish border during the Russia-backed Syrian government assault on the country’s last rebel stronghold.

Although warplanes no longer flew sorties overhead, the activists said there was minor shelling in some areas after the truce went into effect at midnight Thursday.

Russia and Turkey back rival sides in the Syrian conflict, and have become the main power brokers in the war-torn country.

The situation in the northwestern province of Idlib worsened in recent weeks after Turkey sent thousands of troops there. Clashes with Syrian government forces have killed 60 Turkish soldiers and scores of Syrian troops since the beginning of February.

The Britain-based Syrian Observatory for Human Rights, an opposition war monitor, said Syrian and Russian warplanes were not in the air over Idlib on Friday. Still, it reported minor violations in the first three hours of the truce.

The Russia-Turkey agreement appears to achieve Russia’s key goal of allowing the Syrian government to keep control of the south-north highway known as the M5. Syrian forces captured the highway’s last segments in the latest offensive.

The deal also would set up a security corridor along a key east-west highway in Idlib Province known as the M4. According to the ceasefire deal published in Syrian pro-government media, Russian and Turkish troops are supposed to begin joint patrols on the M4 on March 15.

Under a Russia-Turkey agreement reached in the summer of 2018, the two highways were supposed to be opened before the end of that year. But rejection of the deal by al-Qaida-linked terrorists in Idlib kept the two vital roads closed.

The reopening of the M4, that has been closed by insurgents since 2012, will be a test for the new Russia-Turkey deal.

Idlib is home to thousands of al-Qaida-linked terrorists many of whom reject a political solution for Syria’s nine-year conflict that has left more than 400,000 people dead. The province is also home to about 3 million people, many of them internally displaced from other parts of Syria.

Several ceasefire deals have collapsed in the past and Syrian President Bashar Assad has vowed to regain control of all parts of the country that are outside his government’s control.