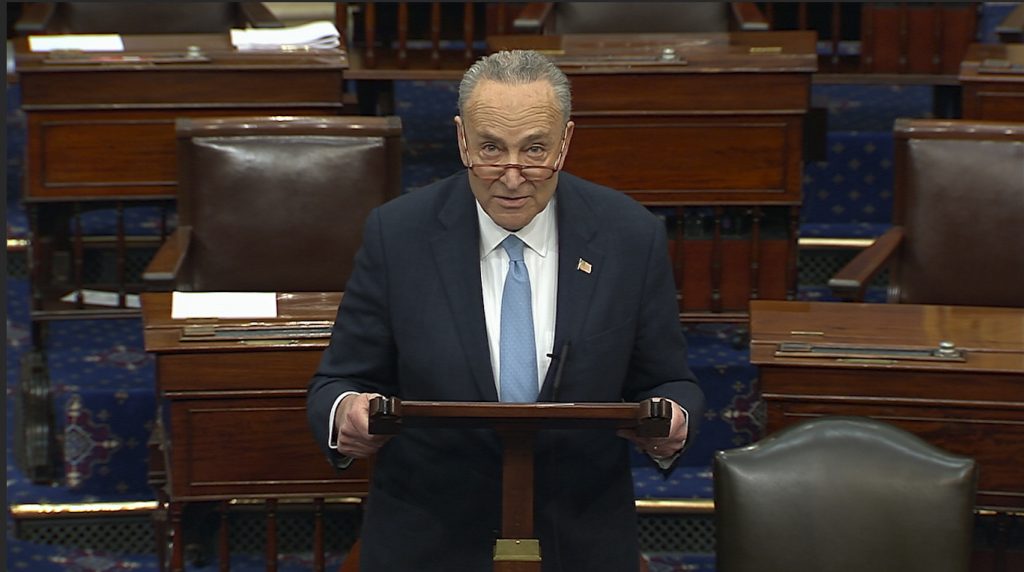 Senate Democratic leader Chuck Schumer said Thursday that he “should not have used the words I used” when he declared in front of the Supreme Court that two justices would “pay the price” for their decision in a sanctity-of-life case.

Republicans chastised Schumer for the remark and Chief Justice John Roberts in a rare rebuke said the words were “inappropriate” and “dangerous.” Speaking on the Senate floor Thursday, Majority Leader Mitch McConnell, R-Ky., called Schumer’s words “astonishingly reckless and completely irresponsible” and said they could have “horrific unintended consequences.” Sen. Ted Cruz, R-Texas, floated the idea of a censure.

Schumer directed the comments at Justices Neil Gorsuch and Brett Kavanaugh at the rally while a significant case was being argued at the high court.

“You have released the whirlwind, and you will pay the price. You will not know what hit you if you go forward with these awful decisions,” Schumer said, naming the two appointees of President Donald Trump, according to video of the rally.

Schumer did not back down from the comments on Wednesday evening, with his spokesman criticizing Roberts as not having come to the defense of liberal justices when President Trump has criticized them. But the spokesperson clarified, as Schumer himself did Thursday morning, that Schumer meant political consequences for the justices, not physical ones. He said that it was a “gross distortion” to imply otherwise.

“I’m from Brooklyn, we speak in strong language,” Schumer said. “I shouldn’t have used the words I did, but in no way was I making a threat. I never, never would do such a thing. And Leader McConnell knows that, and Republicans who are busy manufacturing outrage over these comments know that too.”

He said he made the comments because he feels passionately about the issue.

“I feel so deeply, the anger of women all across America,” Schumer said. “About Senate Republicans and the courts, working hand in glove to take down Roe v Wade.”

Schumer spoke for less than four minutes at the rally, just as arguments got underway in the first major sanctity-of-life case since Trump’s two appointees, Gorsuch and Kavanaugh, joined the court. The Democrat invoked the two justices whose nominations he opposed, giving a thumbs-down gesture to provoke boos from the crowd.

His reference to a “whirlwind” hearkened back to Kavanaugh’s own passionate opening statement at a 2018 confirmation hearing. The judge lashed out at Democratic members of the committee who had criticized him as the panel reviewed decades-old allegations of impropriety against him.

“I fear the country will reap the whirlwind,” Kavanaugh had said then.

Hours after the rally where Schumer appeared, Roberts issued the statement singling out his comments. “Justices know that criticism comes with the territory, but threatening statements of this sort from the highest levels of government are not only inappropriate, they are dangerous,” Roberts said.

It was only the second time that the chief justice has responded to criticism of individual judges. In 2018, Roberts rebuked Trump for the president’s criticism of an “Obama judge.”

But he has otherwise stayed silent, including in recent weeks when Trump questioned the impartiality of Justices Ruth Bader Ginsburg and Sonia Sotomayor, and U.S. District Judge Amy Berman Jackson, who presided over the trial and sentencing of Trump ally Roger Stone.