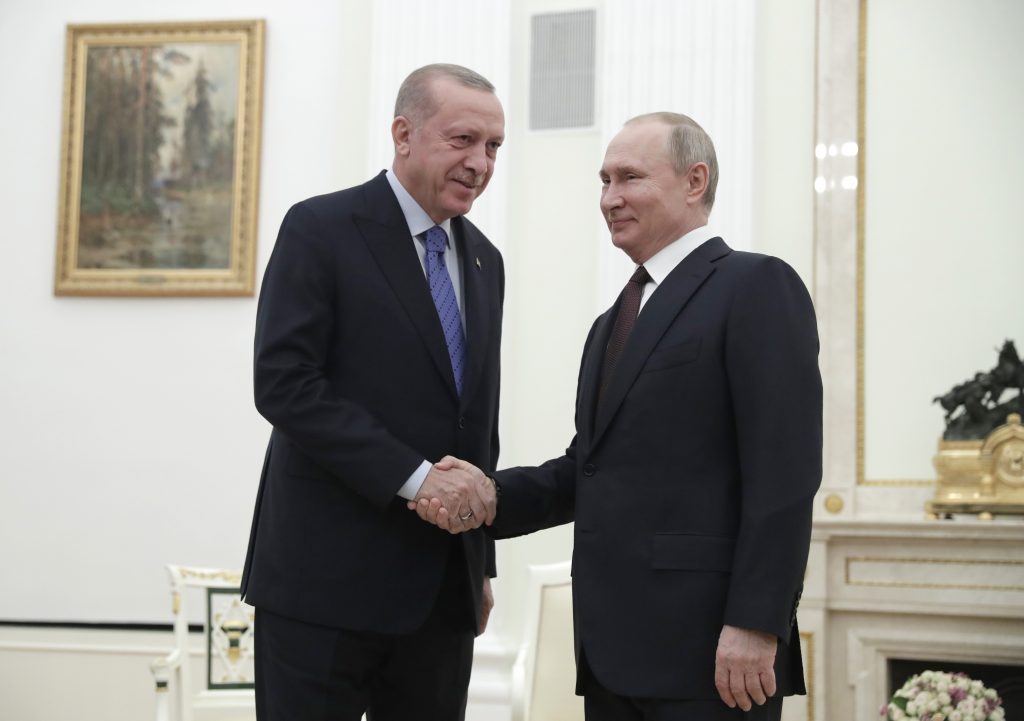 Russian President Vladimir Putin and his Turkish counterpart, Recep Tayyip Erdoğan , say they have reached agreements that could end fighting in northwestern Syria.

They say a ceasefire will come into force in Idlib at midnight.

They did not elaborate, but said their foreign ministers would read a joint document later.

Putin said he and Erdoğan reached agreement on a joint document during talks in Moscow that lasted for more than six hours.