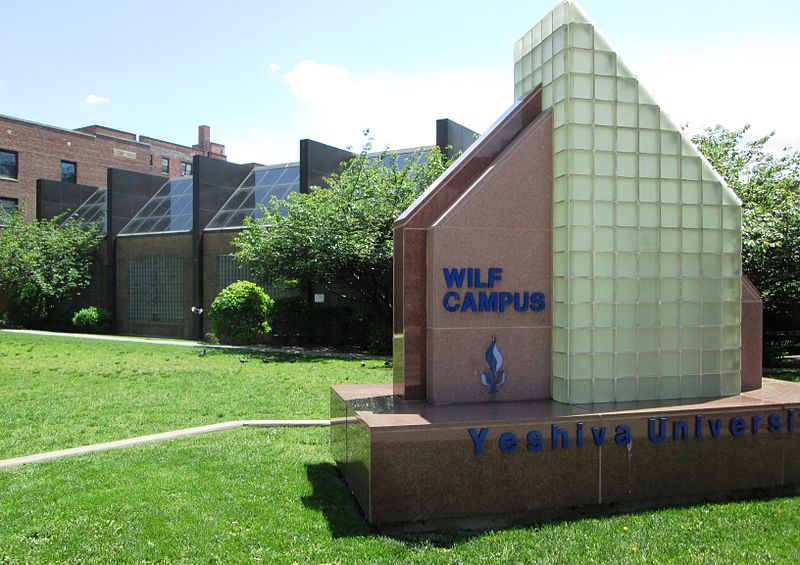 One of the New York state residents who has tested positive for the new coronavirus is a 20-year-old student at Yeshiva University, whose father and other family members and neighbors in New Rochelle have also come down with the virus. Two YU students in close proximity to that one – including a roommate – tested negative.

YU canceled shiurim and classes at its Washington Heights and Midtown campuses until after Purim.

Minyanim are being held, but YU said in a message to students that it is “discouraging people from congregating in common areas including in the Beit Midrash.” Dorms and food services are staying open for students who are remaining on campus.

“As a community of faith, we know that medical vigilance alone is insufficient,” said the message by university president Rabbi Dr. Ari Berman. “Especially at this time, we need to focus on our values of kindness and compassion, faith and prayer. While these two campuses will be closed, our mission of education continues, and we are setting up optional remote classes for our students to continue learning and growing.”

YU is advising students who have had no symptoms or contact with the student who has tested positive to go about their business normally.

Those who have no symptoms but may have had close proximity and extended contact with the student who has tested positively since February 26th should self-quarantine for 14 days from their last contact, minimize contact with other people, and speak to their health-care provider to get tested. Students with mild symptoms but no close proximity of contact to the student who has tested positive were asked to stay home, but only seek health care if their symptoms get worse. Those with chronic health-care issues such as asthma or diabetes and who may have had close proximity or extended contact with the student who tested positive should reach out to their doctor. Students with a fever or cough were asked to contact their doctor, who will arrange with the Health Department for the possibility of testing.

Students who have been quarantined or self-quarantined on campus were receiving food and monitoring by the school’s health center, along with guidance from city agencies.

Moshe, a student who had no contact with the student who is sick, told Hamodia that he goes to minyanim on the Washington Heights campus, and that when he walks into the building, “there are bottles of Purell everywhere, and workers are wiping down handles and doorknobs.”

He says that minyanim have been of normal size, and that while minyanim will be held on Purim as well, the mesibah has been canceled.

Moshe watches daily remote shiurim on a computer from his off-campus apartment, and says he has seen a variety of reactions to news of the coronavirus among fellow students and Washington Heights residents.

“Some people are elbow-bumping instead of shaking hands but otherwise living normally,” he says. “Others are locking themselves in their rooms, even though they aren’t quarantined. My roommate is kind of a scaredy-cat. He bought out all the water, bread and hand sanitizer in the store; I think he believes the world is about to end.

“But everyone is talking about it. None of us can believe that one of the first cases in New York happened in YU. This story went from being thousands of miles away to suddenly hitting our campus.”

He works in a restaurant near campus, and workers there are all “washing hands frequently and taking extra precautions,” he says. “We understand the potential danger of the situation.”

And across the neighborhood, he says, stores are being cleared out of sanitizing products, “even by people who have no connection to the YU community,” he says.

While still following health guidelines, Moshe appears to be taking an upbeat approach to the situation.

“Purim is around the corner,” he says. “We should remember that this is a time of simchah, and we should try our best to spread simchah – but not the virus! – in these difficult times.”