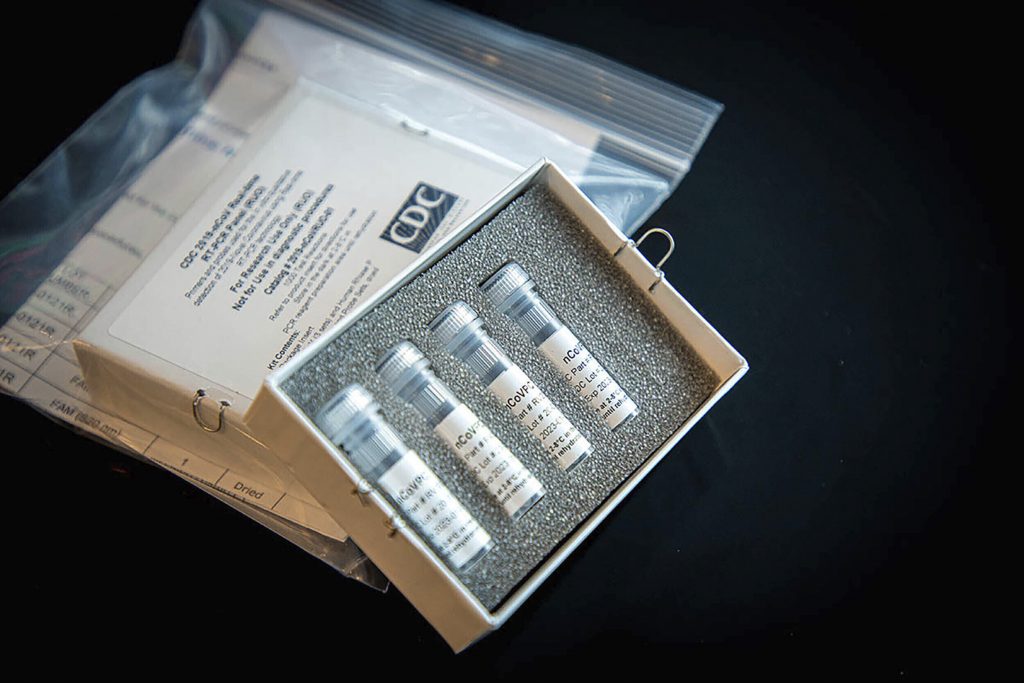 New York state’s coronavirus caseload doubled overnight, to 22, as the mayor of the nation’s largest city implored the federal government Thursday to send more test kits for the new virus.

The other positive tests were in people with mild symptoms — or none at all — in Westchester County, where a cluster of cases emerged earlier in the week and a 50-year-old lawyer at the center of it has been hospitalized since last week.

“The number will continue to go up” as testing increases, the governor warned, adding that he expected “significant” spread through the public.

Mayor Bill de Blasio said the two newly diagnosed patients in New York City, a man in his 40s and a woman in her 80s, are both in intensive care. The Long Island patient, a 42-year-old man, is not in intensive care.

Meanwhile, officials in neighboring New Jersey said Thursday that the state’s first positive test for the new coronavirus came from a 32-year-old man from Fort Lee.

De Blasio, a Democrat, urged the federal Centers for Disease Control and Prevention to supply New York with more test kits and to speed the approval of tests that private companies may be developing.

“Our single greatest challenge is the lack of fast federal action to increase testing capacity,” he said. “Without that, we cannot beat this epidemic back.”

After an initial batch of test kits that the CDC sent to state and big city public health labs proved largely faulty last month, New York City and state officials pressed for permission for their labs to run their own tests.

The state got approval Saturday to run its own version of the test. Gov. Andrew Cuomo, a Democrat, said Wednesday that the state lab is now able to run about 200 tests a day, and aiming for 1,000 daily.

New York City, meanwhile, got a new batch of CDC test kits. De Blasio said Wednesday that the current testing capacity was dozens of tests a day “and we need to get to hundreds, quickly.”

City and state officials have stressed for weeks that they expected the coronavirus that has sickened thousands around the world to make its way to New York, a major travel hub.