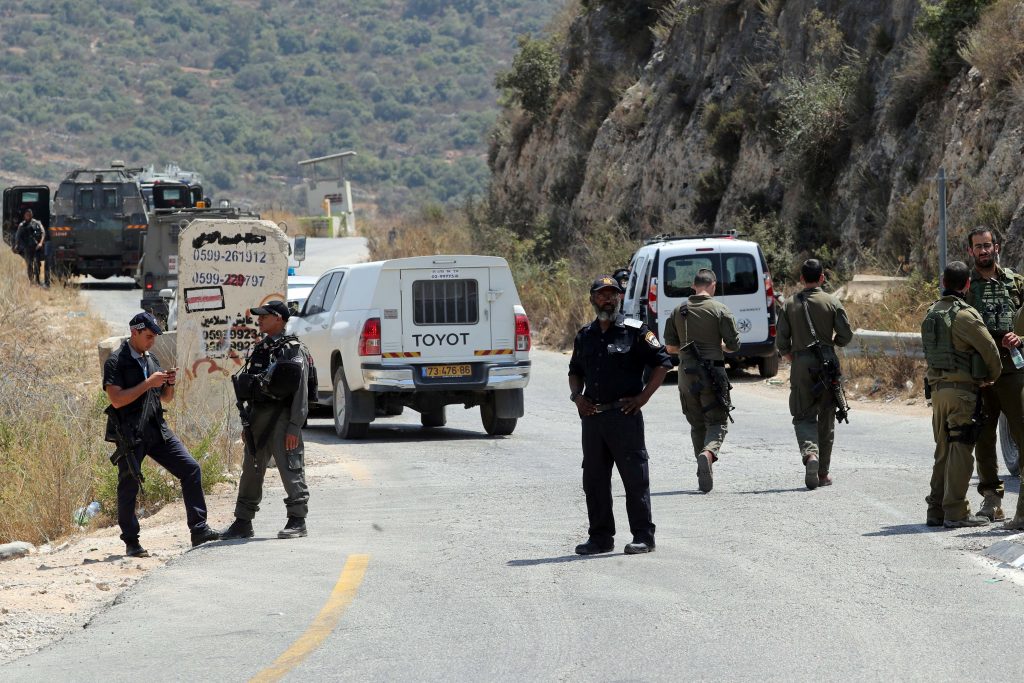 The IDF on Thursday said its forces demolished the homes of two Palestinians behind a deadly blast near Dolev last year.

The IDF said that Walid Hanatsheh and Yazan Mughamis were part of a cell that carried out the attack in August which killed 17-year-old Rina Shnerb, Hy”d, and injured her father and brother as they hiked down to a spring near Dolev.

Hanatsheh and Mughamis, along with other alleged members of the cell, are currently facing trial in an Israeli court.

Bulldozers tore down one home in the Palestinian city of Bir Zeit. At the second home in the city of Ramallah, soldiers used jackhammers to destroy the interior walls of the apartment.

The demolition of the homes was carried out after petitions filed by the terrorists’ families to the High Court against the demolition orders were denied, as well as their request to hold another hearing.

During the operation early Thursday, the IDF said dozens of Palestinians burned tires and threw stones and Molotov cocktails at their forces. It said its forces responded with riot dispersal means.