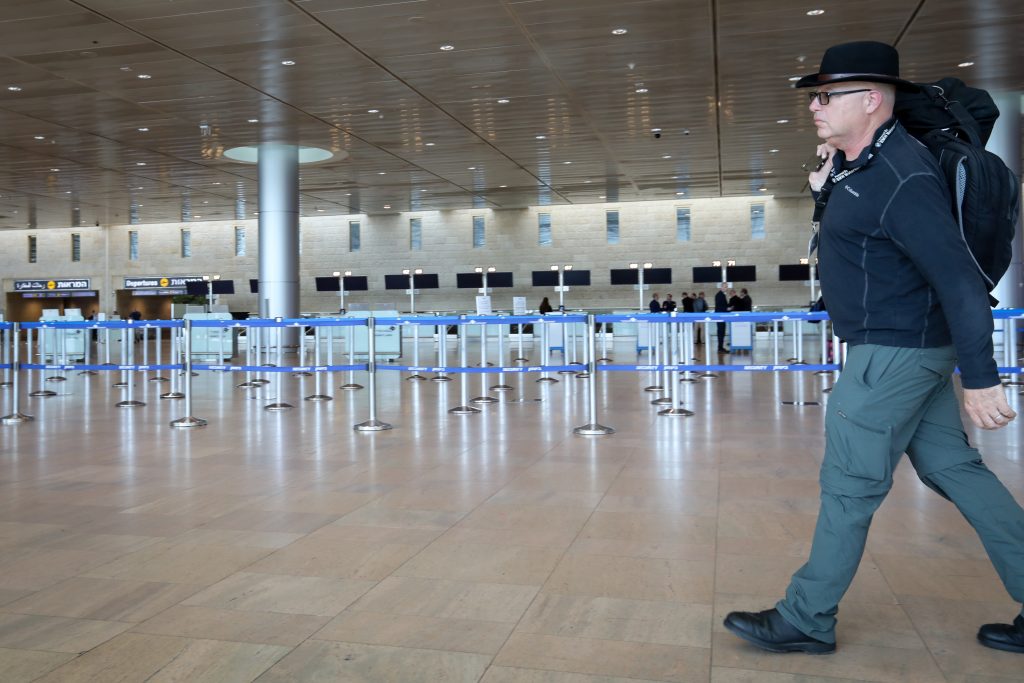 Israel’s latest coronavirus headache comes in the form of an American tourist who on Wednesday night was diagnosed as having contracted the illness – and is now back in New York, after having visited Israel last month. The Health Ministry on Thursday published a list of all the places the tourist visited when she was in Israel between February 22-28.

Anyone who was present at those venues during those periods is required to self-quarantine for two weeks, the Health Ministry said Thursday. The ministry is working to track down individuals who may have been in contact with the tourist.

Meanwhile, Health Minister Rabbi Yaakov Litzman said that his ministry was considering what action to take against the Maccabee Tel Aviv sports team for violating rules on self-quarantine. The team recently played in Spain, one of the countries added this week to the list from which visitors must self-quarantine. Instead, the team played on Wednesday night at a game in Tel Aviv. “The ministry is considering taking action against the team,” Rabbi Litzman told Army Radio. “We need to protect the public from this disease.”