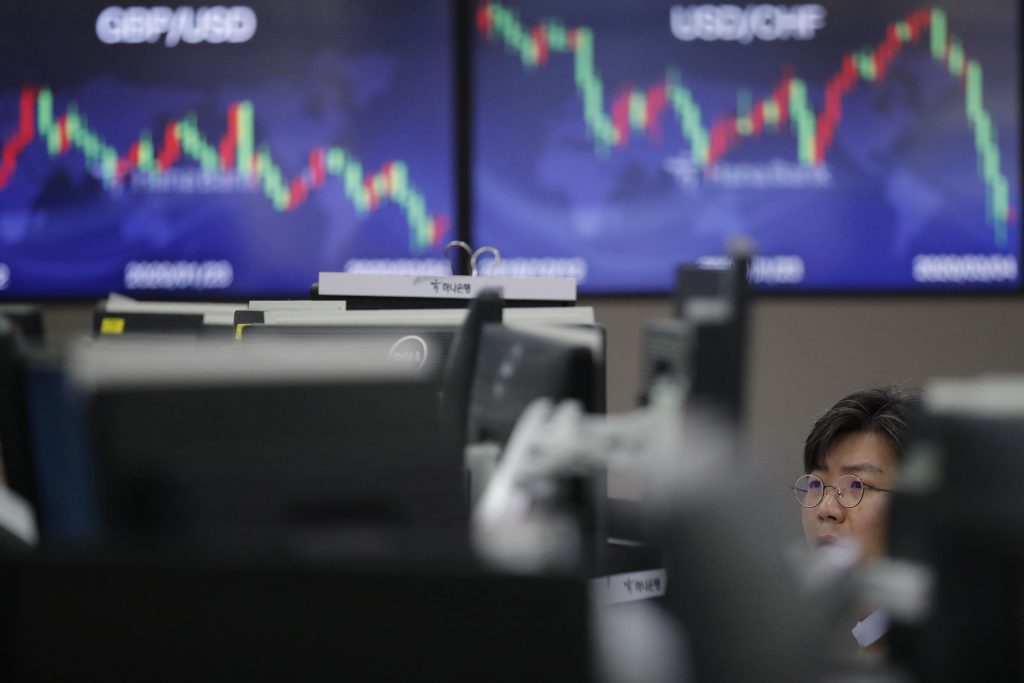 Benchmarks in Shanghai and Sydney declined while Tokyo and Seoul advanced. Hong Kong was little changed.

On Wall Street, the benchmark S&P 500 index tumbled 2.8% on Tuesday despite the Federal Reserve’s surprise 0.5% rate cut. It was the index’s eighth daily decline in nine days.

Markets also appeared to be unimpressed by a pledge from the Group of Seven major industrialized countries to support the global economy that included no specific measures.

China, Australia and other central banks also have cut rates to shore up economic growth in the face of anti-virus controls that are disrupting trade and manufacturing. But economists warn that while cheaper credit might encourage consumers, rate cuts cannot reopen factories that have closed due to quarantines or lack of raw materials.

“Despite the Fed cutting rates in support of the U.S. market, fear had clearly returned to reign in the markets,” Jingyi Pan of IG said in a report.

More reductions may give “limited support,” Pan wrote. “Perhaps besides vaccines, there may be little quick and easy solution to easing the shock for global markets.”

Singapore and the Philippines declined while New Zealand, Indonesia and Malaysia rose.

In another sign of U.S. investor caution, the yield on the 10-year Treasury sank below 1% for the first time in history. It was at 0.97% early Wednesday. A smaller yield — the difference between the market price and what investors receive if they hold the bond to maturity — indicates traders are shifting money into bonds as a safe haven out of concern about the economic outlook.

U.S. markets have fallen 11% since setting a record two weeks ago.

Federal Reserve Chairman Jerome Powell acknowledged the ultimate solution to the virus challenge will have to come from health experts and others, not central banks.

The Fed has a long history of coming to the market’s rescue with lower rates and other stimulus, which has helped this bull market in U.S. stocks become the longest on record.

On Monday, the Dow recorded its biggest daily gain in more than a decade on rising anticipation for coordinated support from the Fed and other central banks. Even before Tuesday’s announcement, traders were convinced the Fed would cut rates by half a percentage point on March 18 at its next meeting.

The U.S. rate cut was the Fed’s first outside a regularly scheduled meeting since the 2008 global crisis. That prompted some traders to think the Fed might foresee an even bigger economic impact than markets fear.

Benchmark U.S. crude gained 65 cents to $47.83 per barrel in electronic trading on the New York Mercantile Exchange. The contract rose 43 cents on Tuesday to close at $47.18. Brent crude, used to price international oils, added 68 cents to $52.54 per barrel in London. It fell 4 cents the previous session to close at $51.86 a barrel.