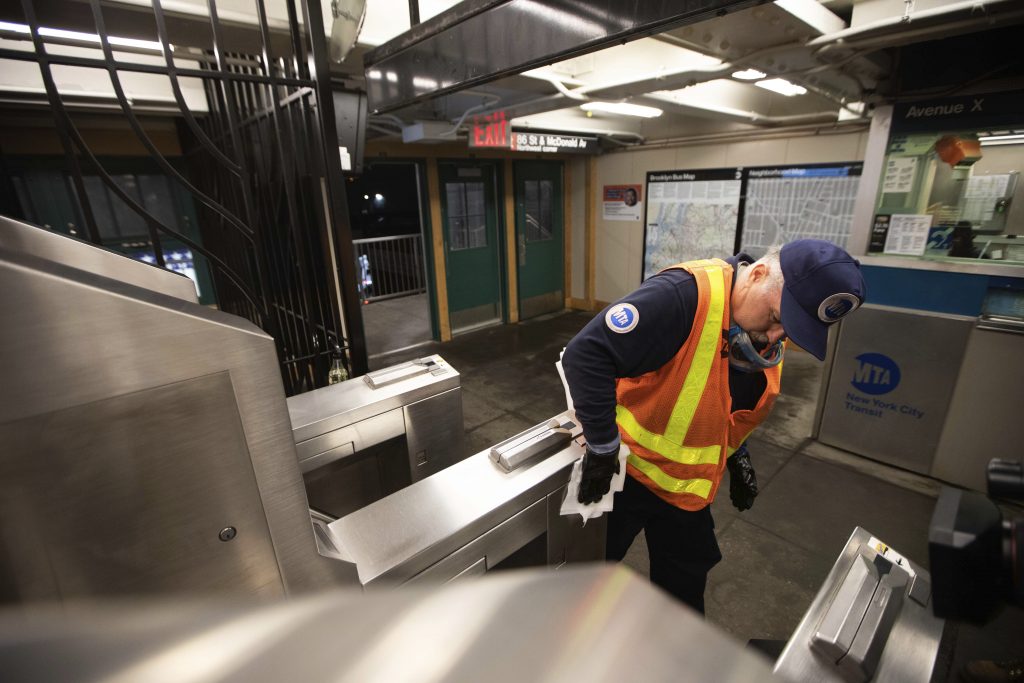 Nine people connected with a New Rochelle lawyer hospitalized with the new coronavirus have now tested positive, pushing the state’s total number of confirmed cases to 11 and resulting in hundreds of people being ordered to self-quarantine.

Gov. Andrew Cuomo said the disease appeared to have been passed from the lawyer to his family and other people they’re close with in New Rochelle, in Westchester County. After the lawyer’s diagnosis, tests came back positive for his wife, two children and a neighbor, as well as one of his friends and members of that man’s family.

Cuomo said hundreds of people are in quarantine in connection to the latest cases. People who’ve come in contact with them will be tested and should sequester themselves in their homes, he said. They include people who worked with the lawyer and his wife at their law firm, hospital workers who treated him, the son’s college roommate, and scores of people who attended events at their shul in recent weeks.

“Whenever you find a case, it is about containment and doing the best you can to keep the circle as tight as possible,” Cuomo said.

The 50-year-old lawyer, who commuted by train from New Rochelle to work at the small Manhattan law firm Lawrence and Garbuz, has an underlying respiratory illness that potentially put him in more danger from the disease, officials said. He is being treated in the intensive-care unit of Columbia-Presbyterian Medical Center, though his condition was upgraded Wednesday from critical to stable.

The Lawrence Hospital in Westchester, where the lawyer first went upon feeling symptoms, is having eight employees tested.

Cuomo said the lawyer had no known travel history to countries where the outbreak of the coronavirus has been sustained. State and city officials said the man had done some other traveling recently, including an early February trip to Miami.

The lawyer’s wife and their 14-year-old daughter were asymptomatic, New York City Mayor Bill de Blasio said. The 20-year-old son had some symptoms but is getting better, de Blasio said. All three are quarantined at their home. The neighbor, who had driven the lawyer to get medical attention when he was experiencing COVID-19 symptoms, and the other family that has been diagnosed are also under self-quarantine at home.

Yeshiva University, where the 20-year-old is a student, canceled classes at its Wilf Campus in Washington Heights through at least Friday. De Blasio said two people he had close contact with — a roommate and a friend — were being tested. Yeshiva University’s three other campuses are unaffected. The school has an enrollment of about 6,000 students, including about 2,700 undergraduate students.

The Salanter Akiba Riverdale (SAR) Academy high school in the Bronx’s Riverdale neighborhood, where the 14-year-old attended, will be closed until after Purim, and “the individuals there are going to self-quarantine through Friday,” Cuomo said. If they show have any symptoms, they should call a health professional who will recommend whether to be tested.

The SAR elementary school will be closed until Friday, but no quarantines are required.

Westchester Torah Academy, where the children from the other affected family are students, is closed until Friday.

County officials said they will mandate quarantines for those who do not comply.

Young Israel Rabbi Reuven Fink said the lawyer is “quite ill” and asked for prayers for him and his family. He told congregants that following the quarantine order is “a sacred obligation that we all must take very seriously.”

“This is a very emotionally trying time for us all,” Rabbi Fink said in a statement posted to the synagogue’s social-media page. “When we first heard of the Coronavirus it seemed so remote. It has now come not only to our doorstep, but has pierced our lives.”

Taxi regulators are telling drivers and owners to clean their cars with disinfectant products at least once a day, paying special attention to surfaces that are touched often, such as door handles, arm rests, and seat belts. Uber said it has similar protocols in place.

De Blasio tweeted that TLC drivers in New York City have been instructed to disinfect their vehicles daily, and that the city has “reiterated to EVERY driver that discrimination against passengers will not be tolerated.”

Cuomo also announced Wednesday that tests in other suspected COVID-19 cases around the state had come back negative, including for the husband of the first patient diagnosed in the state. Both the husband and the wife are health-care workers who recently traveled together to Iran, where the disease is widespread. Cuomo said the 39-year-old Manhattan woman is continuing to recover at home. De Blasio said despite the husband’s negative test, he would still be subject to the same quarantine mandate as a precaution.

“We have an epidemic caused by coronavirus,” Cuomo said. “But we have a pandemic that is caused by fear.”