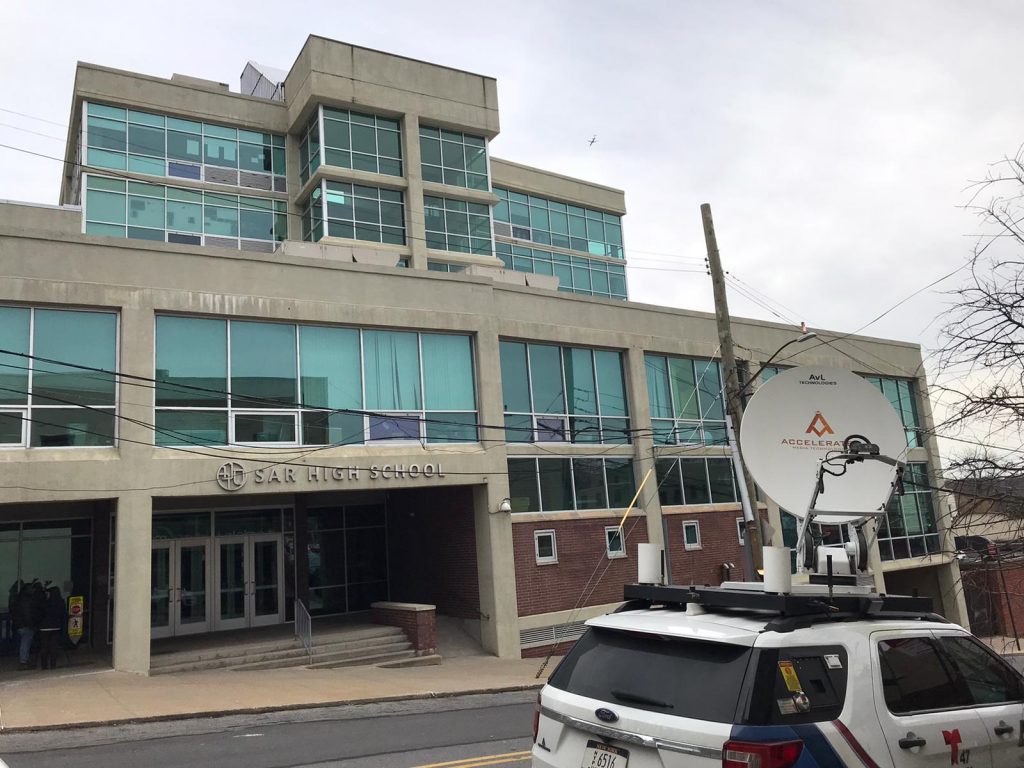 A New Rochelle man on Tuesday became the second New York state resident confirmed to have the new coronavirus, leading to closures of his shul and three yeshivas.

The man, an attorney in his 50’s, is in critical condition, and readers are asked to daven for the refuah sheleima of Eliezer Yitzchak ben Shifra, b’soch sh’ar cholei Yisrael.

The Salanter Akiba Riverdale (SAR) Academy in the Bronx’s Riverdale neighborhood, where the man’s child attended, is closed Tuesday, as are Westchester Day School and Westchester Torah Academy.

In an email to parents, SAR’s principals wrote that the school would be closed Tuesday “for precautionary measures,” and asked that people “remain calm and … continue following the preventive measures.”

The Westchester Torah Academy said in an email to parents that it is in consultation with the Westchester Health Department and White Plains Public School District, and the closure is a precautionary measure. Some buses had already been transporting students to school Tuesday morning, before the closure was announced, and were turned around to bring the students back home.

The patient’s shul, Young Israel of New Rochelle, was directed by the Westchester Health Commissioner to “halt all services immediately and for the foreseeable future,” and congregants who attended prayers on Shabbos, February 22, and a funeral and bas mitzvah the next day, must self-quarantine until at least March 8.

One of the patient’s sons is an undergraduate at Yeshiva University. That son has symptoms and is awaiting test results, New York City Mayor Bill de Blasio said at a press conference Tuesday with Deputy Health Commissioner Demetre Daskalakis.

Yeshiva University said the student has not been on campus since Thursday.

“We are working closely with, and following the recommendations of the New York City Department of Health and Mental Hygiene (DOHMH) and the Office of Emergency Preparedness and Response and other government agencies to take every necessary precaution to ensure the safety of our community,” YU said.

YU also said that a student at its Cardozo School of Law had had contact with the infected man’s law firm, and is now in self-quarantine as a precaution.

All University functions and classes are operating as usual.

The infected man works at the Lewis and Garbuz law firm in Midtown Manhattan. He had a previous respiratory condition, potentially putting him at more danger from the coronavirus.

Deputy Commissioner Daskalakis said the man first became ill on Feb. 22, was admitted to a local hospital on Feb. 27, and transferred to Columbia-Presbyterian in Manhattan on Monday.

The man traveled to Miami in early February. He also traveled to Israel, though it isn’t clear when. Israel currently has 12 confirmed coronavirus cases, with thousands of people still under quarantine. But New York officials say the man’s infection is being classified as “community spread,” meaning its source is unknown.

This is the second confirmed coronavirus case in New York state. A 39-year-old health care worker who had traveled to Iran became the first confirmed case of the virus in New York on Sunday. Officials said the woman has respiratory symptoms, but they are mild.

Her husband, who is also a health-care professional, is also being tested for the illness, which is characterized by fever and coughing and, in serious cases, shortness of breath or pneumonia.

Cuomo also said two families in Buffalo that traveled to northern Italy are under quarantine in their homes as they await the results of testing samples from the state health department’s Wadsworth Public Health Laboratory in Albany.

“You’re going to see a continued spreading,” the governor said. “That spreading is inevitable.”

Cuomo signed a bill Monday to direct $40 million from the state’s general fund to help the state hire more staffers and buy equipment to help respond to coronavirus as the outbreak spreads and testing ramps up.

State University of New York schools plan to send home students who are studying abroad in countries with high prevalence of novel coronavirus, according to the governor’s office. SUNY officials are also reviewing all study-abroad programs in case the federal government expands travel restrictions.

Cuomo said the state public health laboratory is teaming up with hospitals with a goal of ensuring the state can handle up to 1,000 coronavirus tests per day. New York received federal approval Saturday to start using its own coronavirus test.

The bill signed Monday gives the governor the authority to declare a statewide disaster emergency for an urgent disease outbreak and temporarily suspend state and local laws and regulations to cope with the outbreak.

He also said New York will institute a new cleaning protocol at schools and in the public transportation system.

The MTA announced that it will frequently sanitize its 5,700 buses, 6,714 subway cars, Staten Island Railway’s 64 cars, 1,341 Access-A-Ride vans, and Long Island Rail Road and Metro-North’s over 1,100 cars each, so that no car goes more than 72 hours without being sanitized.

More than 90,000 people have been sickened worldwide and over 3,000 have died from the virus, which first showed up in late 2019 in Wuhan, China. The number of countries hit by the virus has reached at least 70.

The have been over 100 confirmed cases in the U.S. Nine people have died, all in Washington state.

The serious coronavirus symptom is fever that comes along with a respiratory issue such as cough or difficulty breathing.

While the virus has caused serious illness mainly for the elderly and those with existing health problems, most of those infected have had mild illness, some show no symptoms at all.

If you recently traveled to China, Iran, Italy, Japan, or South Korea and experience fever, cough or shortness of breath, you are advised to: