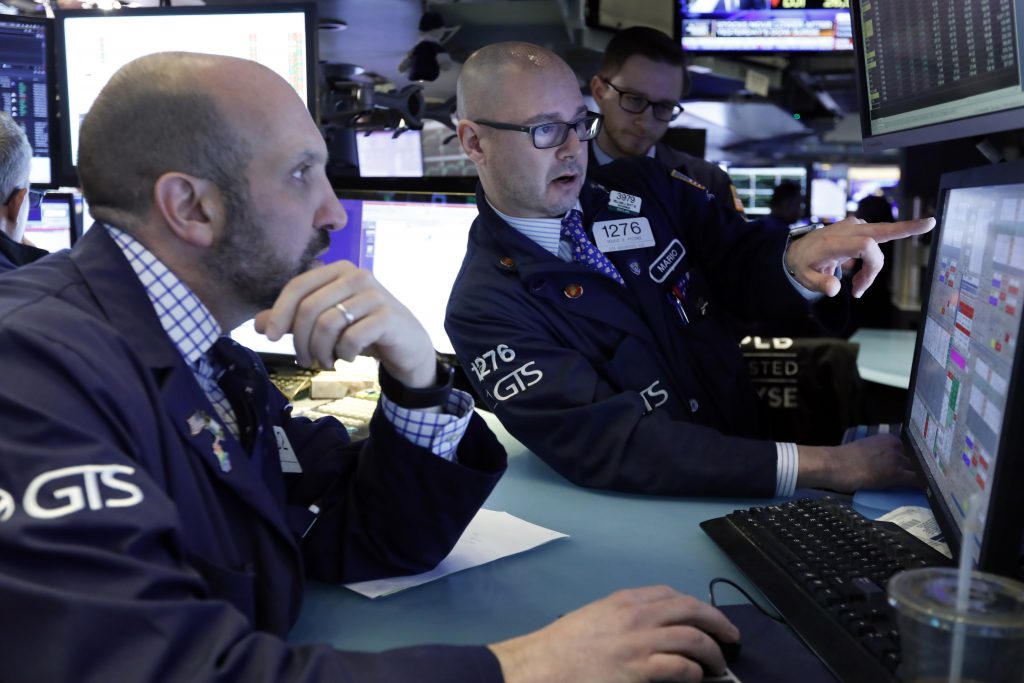 A brief relief rally for U.S. stocks vanished on Tuesday, and indexes slid after an emergency interest-rate cut by the Federal Reserve failed to wipe out fears that a fast-spreading virus outbreak could lead to a recession.

It took just 15 minutes for a rally to evaporate following the Fed’s surprise move. While the cut helped raise confidence for some investors, traders were still debating how effective a rate cut can be on what is ultimately a health crisis. Some investors are also questioning whether more aid is on the way to stabilize the market, while others called the Fed’s move premature to begin with. For more than a few, the Fed’s steepest rate cut since 2008 recalled the dark days of the financial crisis.

After popping to a 1.5% gain shortly after the Fed’s announcement, the S&P 500 swung between modest gains and losses for about an hour before turning decisively lower in the late morning. The index was down 2.7%, as of 1:45 p.m. Eastern time, and on pace for its eighth drop in the last nine days. Other indexes had similar, jagged moves.

Everything from bonds to a gauge of traders’ fear of large stock moves swung sharply following the Fed’s cut, and the yield on the 10-year Treasury fell below 1.00% for the first time in history. Markets have been on edge for nearly two weeks, as the virus spreads beyond China and companies across continents and industries say they expect it to hit their profits.

The Fed has a long history of coming to the market’s rescue with lower rates and other stimulus, which has helped this bull market in U.S. stocks become the longest in history. Some analysts said the Fed’s latest cut should provide some more confidence.

“Confidence in markets is crucial,” said Quincy Krosby, chief market strategist at Prudential Financial. “Without confidence, you don’t have a market.”

The Dow Jones Industrial Average had jumped 5% Monday to its best day in more than a decade on rising anticipation for aid from the Fed and other central banks. Even before Tuesday’s rate announcement, traders were convinced that the Fed would cut rates by half a percentage point at its next meeting, scheduled for March 17-18. Monday’s surge followed up the worst week for the S&P 500 since the financial crisis as worries about the virus’ economic toll mounted.

But doubts are high about whether the medicine provided by central banks can be as effective this time around. Lower rates can encourage shoppers and businesses to borrow and spend more, but they can’t reopen factories that have been shut or recall workers out due to quarantines.

Fed Chairman Jerome Powell acknowledged that central banks can’t solve the health crisis. But he said the Fed recognizes the fast spread of the virus is a risk for the economy, and he cited concerns from the travel and hotel industries.

The high stakes pushed the Fed to cut rates outside of a regularly scheduled meeting for the first time since the 2008 financial crisis, when investors were considering a complete meltdown of the world’s financial system as possible if not likely. That in itself may have added to the market’s dread Tuesday.

“I don’t believe that market participants woke up this morning thinking we were facing a crisis similar to the global financial crisis,” said Kristina Hooper, chief global market strategist at Invesco. “But that’s what the Fed’s actions suggested to some.”

She said investors will likely have mixed emotions about the move for days.

Some economists also called the Fed’s move premature, given that U.S. economic data has yet to show a sharp drop due to the virus.

“The nature of today’s announcement could send the wrong signal to market participants, including individual investors who are concerned with recent market volatility,” said Roger Aliaga-Diaz, chief economist of the Americas at Vanguard.

Bond yields swung following the Fed’s announcement. The yield on the 10-year Treasury slumped to 0.98% from 1.08% late Monday. The 10-year yield tends to fall when expectations are for weak economic growth and inflation.

Shorter-term yields, which move more on Fed actions, had even more dramatic drops. The two-year Treasury yield sank to 0.72% from 0.81%. The one-month yield fell 0.308 percentage points to 1.116%, according to TradeWeb.

A gauge of fear in the stock market swung wildly up and down through the day. The VIX measures how much traders are paying to protect themselves from future swings in stocks, and it was down roughly 25% immediately after the Fed’s announcement, only to swing to up 10% in the afternoon.

Earlier in the day, the Group of Seven major industrialized countries pledged support for the global economy, but they stopped short of announcing any specific new measures. Disappointment in the lack of action helped push U.S. stocks lower at the opening of trading, before the Fed surprised markets with its announcement of the steep, half-point rate cut at 10 a.m. Eastern time.

The G-7, which includes the U.S., Japan and Germany, among others, made its statement after weeks of warnings from companies that the virus will hit their finances. Economic groups have also warned of worsening forecasts for global economic growth.

Investors are still speculating whether other central banks will join and cut rates and offer stimulus in a coordinated effort around the world. Before the Fed made its move, the Reserve Bank of Australia cut its key interest rate to a record low 0.5%.

Payments processor Visa is among the latest companies warning investors. It expects first-quarter revenue to suffer because of the damage to international travel. Chipmaker Microchip Technology withdrew its profit forecast for the year because of the uncertainty surrounding the virus’ impact.

Worldwide, more than 90,000 people have been sickened and 3,100 have died. The number of countries hit by the virus has reached at least 70, with Ukraine and Morocco reporting their first cases.

U.S. markets have been hit hard by fear over the virus’ impact. Stocks surged on Monday over hopes that central banks will help shield the global economy. That followed a broad sell-off last week that erased gains for 2020 and sent indexes into what market watchers call a “correction,” or a fall of 10% or more from a peak.