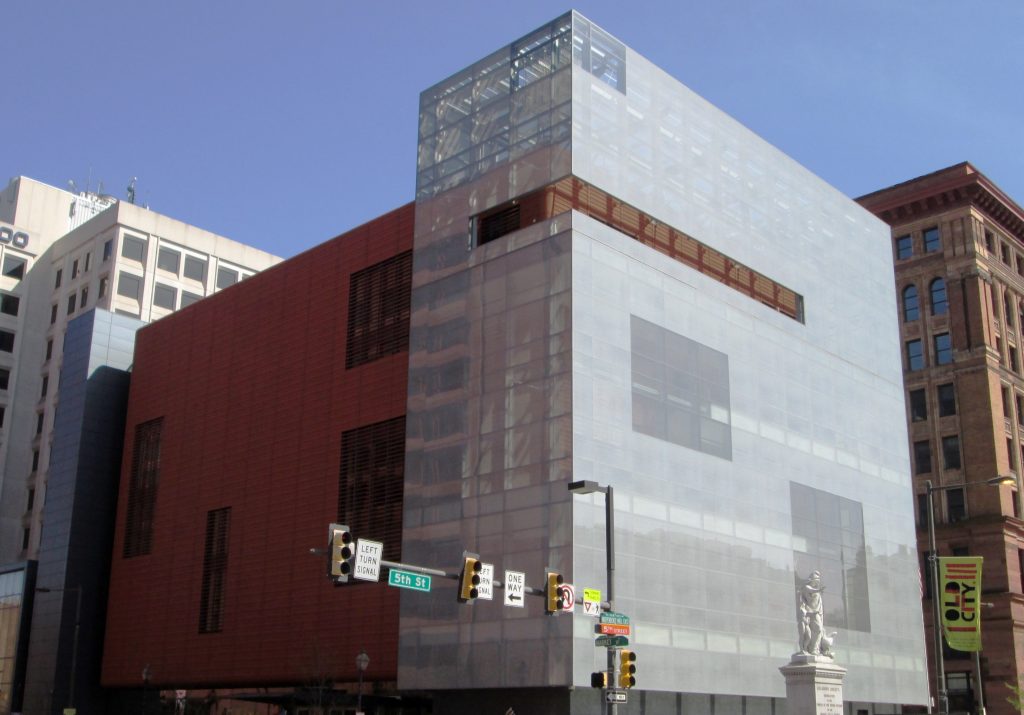 The National Museum of American Jewish History filed for Chapter 11 bankruptcy protection Monday, seeking relief from what museum officials characterize as a crushing debt burden incurred by construction of its home on Independence Mall a decade ago.

In papers filed with U.S. Bankruptcy Court in Philadelphia, the museum said that it owed a little more than $30 million to bondholders and about $500,000 to unsecured creditors.

“Our museum, since it’s open, has been lugging around over $30 million of debt, and it is a weight on our shoulders that we have to get rid of,” Phil Darivoff, chair of the museum’s board of trustees, said. “It affects the way donors look at us. It affects our confidence in our future. And frankly, the debt service is too big a burden for us.”

Officials said that the bankruptcy proceedings would not affect museum operations or staffing.

Lawrence G. McMichael, the Dilworth, Paxson bankruptcy attorney who handled the Philadelphia Orchestra bankruptcy a few years ago and is representing the Jewish museum, said he wanted to get the museum in and out of bankruptcy court as quickly as possible, about six months.

“The museum has more debt than it can sustain,” McMichael said. “And that has a lot of negative implications for a nonprofit. It’s really no different than other nonprofits I’ve taken through Chapter 11 in Philadelphia, in the sense that what happens when a nonprofit has more debt than they can reasonably ever repay, donors start to get cold feet and they back off of it.”

That, he said, fuels “a proverbially vicious cycle, and the only way to deal with it, ultimately, is to resolve things through a Chapter 11. That’s what Chapter 11 is there to do.”

The museum is known for its unusual, sometimes quirky, exhibitions, everything from a big overview of Leonard Bernstein in 2018 to Ruth Bader Ginsburg.

In essence, the filing places the museum under court protection, holding creditors at bay while at the same time negotiating a financial and operating plan. At the end, McMichael noted, the bondholders will walk away with some portion of their principal; the museum will walk away with its existence and reduced debt obligations.

“We’ve been negotiating with our creditors,” said Darivoff. “We just reached a point where we felt that this (bankruptcy filing) was the way to get the best terms for the museum.”

The situation of the museum is not unfamiliar on the Philadelphia cultural landscape.

In fact, almost the exact scenario played out with the Please Touch Museum, which filed for bankruptcy in 2015. With Please Touch, the debt obligation was much larger — about $60 million.

It incurred the debt after moving from a small space on South 22nd Street to the dramatic, but dilapidated, city-owned Memorial Hall in Fairmount Park.

Please Touch could not generate the revenue to cover its operations and debt burden from extensive renovation and construction. It exited bankruptcy in 2016 with a significant debt reduction and a refocused mission.

Similarly, the Jewish museum was operating in a small exhibition venue on North Fourth Street, behind Congregation Mikveh Israel. But in the early 2000s, many supporters of the museum urged an expanded space and a more robust programming schedule.

A $150 million construction and endowment campaign ensued, running headfirst into the Great Recession. But the museum broke ground anyway and opened in its radically expanded home at Fifth and Market Streets in 2010.

In 2012, less than two years later, The Inquirer reported that membership and visitor numbers were falling and that the museum’s initial optimistic attendance forecasts were widely off the mark. In 2017, the museum said it was eliminating 18 positions through layoffs and attrition.

According to Monday’s court filing, the museum now employs 25 full-time staff members and six full-time hourly workers. All are nonunion.

“The group of people in Philadelphia who recognized the need in the American Jewish community to tell the story of Jews in America in a way that couldn’t be done in a one-room museum, I think was an act of great leadership,” Darivoff said. “Telling history is central to the Jewish people. It’s central to who we are. We are a people in part because of the way we retell our history. Our Bible is, in fact, a recitation of the history of the Jewish people. And we stay together as a community by retelling that history.”