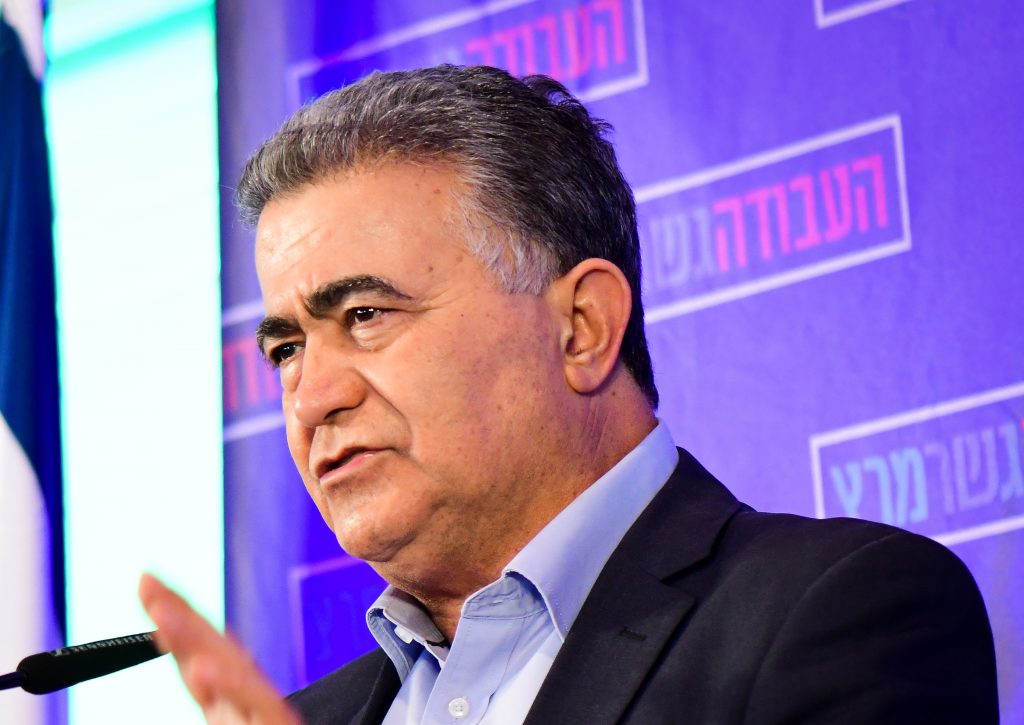 The flameout of the left-wing in Monday’s voting might provide Israeli Prime Minister Binyamin Netanyahu‏‏ with whatever seats he’s missing for majority when the counting is over on Wednesday.

Labor and Gesher leaders Amir Peretz and Orly Levy-Abekasis were reportedly contemplating a brighter future in a Likud-led coalition than anything they might find in the dismal, smoking ruins of the center-left.

Peretz and Levy-Abekasis were said to be bitter over their treatment by Blue and White during the campaign, which they accused of turning against them and kidnapping their supporters.

Fueling the anger in particular was a Blue and White ad warning that a vote for Amir Peretz was a vote for [Yamina MK Rabbi Rafi] Peretz, and a vote for Orly [Levy-Abekasis] was a vote for Miri [Likud MK Miri Regev].

Peretz and Levy reportedly feel that the ad was racist because they are both Mizrahi and they were specifically compared to two other Mizrahi lawmakers on the right.

At the same time, Amir Peretz’s future in the Labor party did not appear to be secure either. He is set to fight a move to oust him, after the tripartite list received only 7 seats. Labor’s share was a mere 3, the poorest showing Israel’s once-dominant party has ever made. Peretz blamed Blue and White for Labor’s humiliation.

Likud beckons to Levy-Abekasis. She reportedly has ambitions to be Health Minister, and on Tuesday Foreign Minister Yisrael Katz said she’d be wonderful in that post. And, as her father David Levy served as Foreign Minister in the Begin government, she would be welcomed in the party.