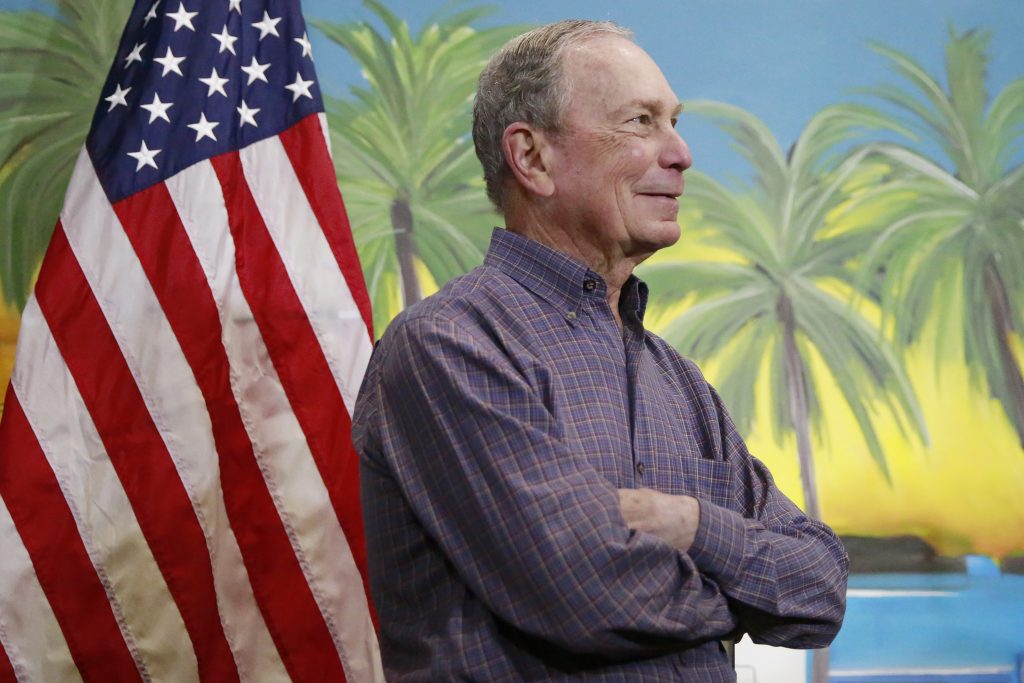 Mike Bloomberg acknowledged Tuesday he’s aiming for what some Democrats say would be the party’s worst nightmare: A contested convention.

“It’s the only way I can win,” he told reporters during a campaign stop at one of his field offices in Miami.

The businessman is competing for votes in the primary for the first time Tuesday, when 14 states go to the polls — though in a possible indication of his expectations for the day, Florida, where Bloomberg campaigned Tuesday, is not one of them.

Bloomberg entered the race last November when Joe Biden was lagging in the polls, and skipped the first four primary states in favor of attempting to pick up enough delegates to stand as the moderate alternative to Bernie Sanders, who has emerged as the front-runner in the race.

Bloomberg has argued he’s the only candidate who can beat President Donald Trump in the general election.

But Biden, who’s seen a surge in endorsements, fundraising and attention after his resounding South Carolina primary win, looks poised to regain the moderate mantle heading into Super Tuesday after two other moderate candidates, Pete Buttigieg and Amy Klobuchar, dropped out and endorsed Biden. Some Democrats have called on Bloomberg to drop out of the race, worried that his presence will only draw support away from Biden and all but ensure a messy convention fight.

Asked about the prospect of his taking Biden’s support, Bloomberg bristled, interrupting the reporter to declare: “Joe’s taking votes away from me. Have you asked Joe when he’s going to drop out?”

But Bloomberg himself seemed to acknowledge the political headwinds he faces on Super Tuesday, when asked what states he needs to win to consider the day a success.

“I don’t know whether you gotta win any. You don’t have to win states, you have to win delegates,” he said. The businessman suggested no one would come out of the primary with a majority of the delegates, and “then you go to a convention, and then we’ll see what happens.”

It was the first time Bloomberg’s taken questions from the press in weeks, and the back-and-forth became testy at times, with Bloomberg at one point admonishing a reporter when pressed: “Are you going to ask, or are you going to give a lecture?”

Bloomberg has been a sharp critic of Sanders, and on Tuesday both he and former Miami Mayor Manny Diaz, one of Bloomberg’s campaign co-chairs, laced into the Vermont senator for his embrace of socialism and praise of socialist dictators. The two spent the morning campaigning in Miami’s Little Havana neighborhood, which is home to much of the city’s large Cuban population.

“Perhaps you should look into the eyes of the people of Little Havana and explain your naive and misguided conclusion that Castro has transformed Cuba,” Diaz said. “A man who praises tyrants — the worst of us — cannot claim to speak for the best of us.”

Bloomberg also echoed criticism from other Democrats of Sanders’ recent praise of Castro, charging that the party won’t be able to win the perennial swing state “with a candidate who sings the praises of Fidel Castro and downplays the atrocities committed in Cuba.”

“The senator’s comments will be toxic for Democrats up and down the ballot in November,” he said.