Community Eichenstein and Nadler Join Forces To Save a Life
Community 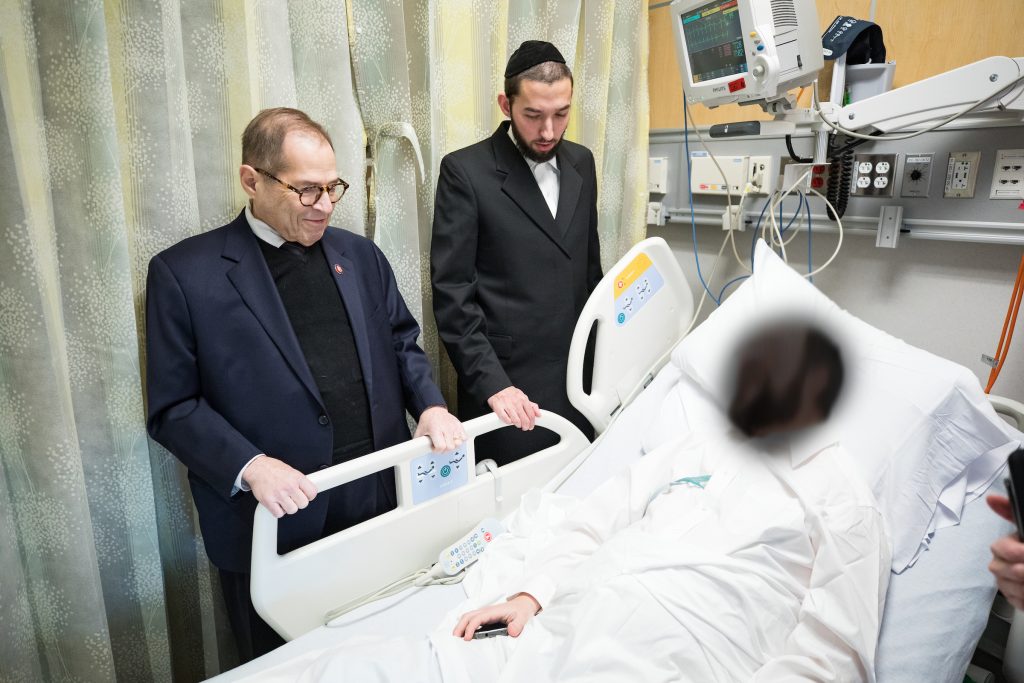 Several weeks ago, Assemblyman Simcha Eichenstein received an urgent call. A young man from Israel, father of four, was suffering from a devastating illness. His only hope for survival was to receive a heart transplant at Columbia University Medical Center. Desperate to live, the young man traveled to America, was admitted to Columbia, and was scheduled to receive lifesaving treatment.

But things turned awry when the hospital refused to treat him because of insurance issues and the patient’s visa status could not be confirmed. That’s when community askanim frantically turned to Assemblyman Simcha Eichenstein for help.

“As soon as they called me, I realized that every minute counts. This man was getting weaker by the moment,” said Assemblyman Eichenstein, “After much effort, we were unfortunately unable to help this individual, so I reached out to Congressman Jerry Nadler. At the end of the day, it was Congressman Nadler’s intervention that saved this person’s life.”

Congressman Nadler understood that a life was on the line. Immediately, he contacted the executive offices at the hospital to intervene on behalf of the patient. With the help of this incredible intervention, the patient’s treatment began without delay. Assemblyman Eichenstein said that none of this could have happened without the help of Congressman Nadler.

Congressman Nadler is pleased to have assisted in this critical case. “I thank G-d every day for putting me in the position as a Congressman to be able to do things like this,” Congressman Jerrold Nadler said. “So of course when I got Assemblyman Eichenstein’s call I immediately did what I could. Thank G-d we were successful and that I’m in a position to help.”

“I’d like to thank Congressman Nadler for taking swift and forcefully action on behalf of this patient,” said Assemblyman Eichenstein. “He used his position to assist a Jew in need. Now this individual will be able to return home and be with his beautiful family. There’s nothing more gratifying than working together to save a life.”