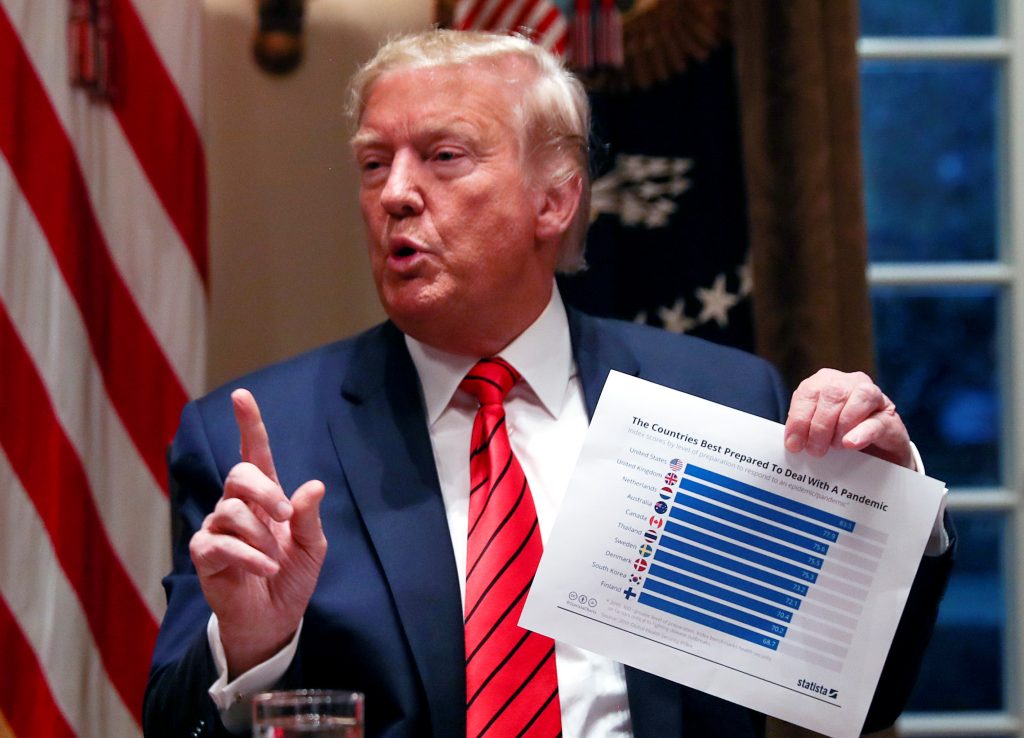 President Donald Trump and his White House coronavirus task force will meet with drug company executives on Monday as his administration sought to shore up its response to the outbreak that claimed the country’s second death over the weekend.

The White House did not say which pharmaceutical makers would be at the Monday afternoon meeting but executives from Sanofi SA, Johnson & Johnson and Pfizer Inc will attend, according to representatives for the companies.

Trump, in an early morning tweet, said they would discuss “progress on a vaccine and cure.” Top U.S. health officials have said any vaccine is at least a year from hitting the market, and there is no treatment, although patients can receive supportive care.

Trump gave no other details, and the White House did not immediately respond to a request for comment.

The number of coronavirus cases has ticked up in recent days, with more than 75 confirmed cases including two reported deaths, both in Washington State where a cluster of cases is centered on a nursing home near Seattle. New York and Florida, among other U.S. states, have also confirmed cases.

There have been more than 87,000 cases globally and nearly 3,000 deaths in 60 countries, according to the World Health Organization.

Dr. Anthony Fauci, the head of the infectious diseases unit at the U.S. National Institutes of Health, said he was concerned the number of U.S. cases could jump in coming weeks.

“When you have a number of cases that you’ve identified and they’ve been in the community for a while, you’re going to wind up seeing a lot more cases than you would have predicted,” he told CNN in an interview on Monday.

“So my concern is – as the next week or two or three go by – we’re going to see a lot more community-related cases,” Fauci added.

Public health officials have urged Americans to take common sense steps to prevent contracting and spreading the virus just as they would to avoid influenza, such as frequent hand-washing and staying home when sick.

Trump administration officials over the weekend worked to soothe nerves and calm fears that a global recession was looming, arguing that the public and media were overreacting and saying that stocks would bounce back because the American economy was fundamentally strong.

World stocks markets on Monday regained a measure of calm amid hopes that possible interest rate cuts could blunt the economic damage.

U.S. lawmakers are also expected to take up a spending measure in coming days that could allocate billions more dollars to the nation’s coronavirus response.