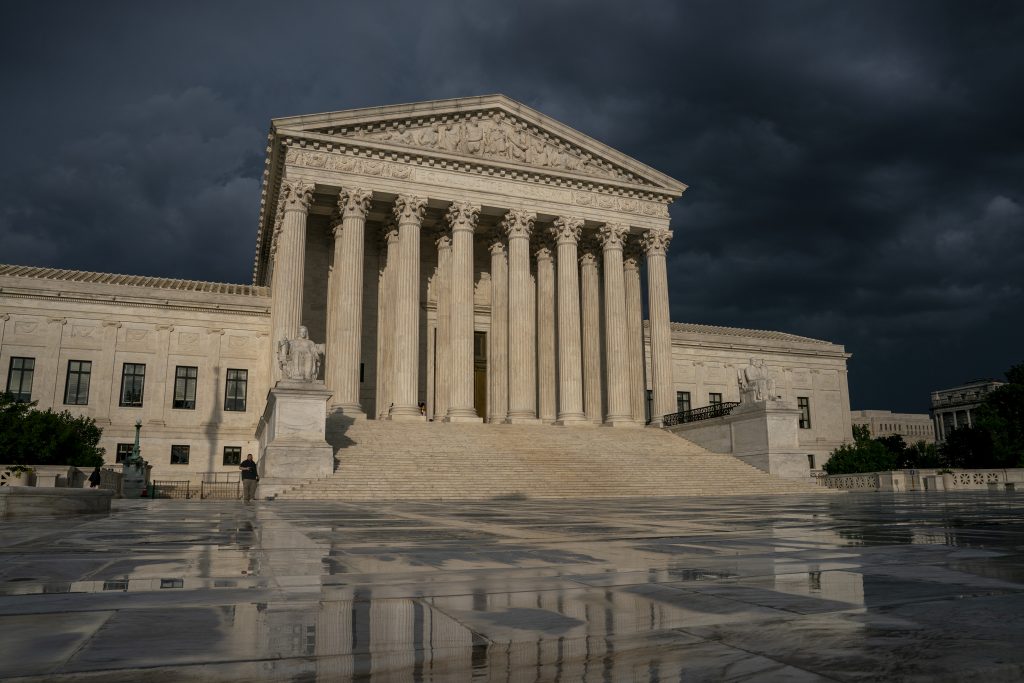 The Supreme Court on Monday agreed to hear a politically explosive case on whether Obamacare is lawful, taking up a bid by 20 Democratic-led states including California and New York to preserve the landmark healthcare law.

The impetus for the Supreme Court case was a 2018 ruling by a federal judge in Texas that Obamacare as currently structured in light of a key Republican-backed change made by Congress violates the Constitution and is invalid in its entirety. The ruling came in a legal challenge to the law by Texas and 17 other conservative states backed by President Donald Trump’s administration.

The Supreme Court’s decision to intervene means the fate of the law formally called the Affordable Care Act (ACA), the signature domestic policy achievement of former Democratic President Barack Obama, will be up in the air during the ongoing presidential race.

The court is expected to hear arguments and decide the case in its next term, which starts in October and ends in June 2021, meaning a ruling is not likely before the Nov. 3 election in which Trump is seeking a second term in office.

“As Texas and the Trump administration fight to disrupt our healthcare system and the coverage that millions rely upon, we look forward to making our case in defense of the ACA. American lives depend upon it,” said California Attorney General Xavier Becerra, a Democrat who is leading the defense of the law.

The coalition of Democratic-led states have asked the Supreme Court to overturn a Dec. 18 ruling by the New Orleans-based 5th Circuit Court of Appeals that declared that the law’s “individual mandate” that required people to obtain health insurance ran afoul of the Constitution. The 5th Circuit ruling came in an appeal of District Court Judge Reed O’Connor’s prior ruling that the entire law must fall.

The Supreme Court has a 5-4 conservative majority that includes two justices appointed by Trump. In 2012, it ruled 5-4 to uphold Obamacare. All five justices in the majority in that case – four liberals and conservative Chief Justice John Roberts – remain on the court. For the law to be struck down this time, Roberts likely would have to reverse course and join the other conservatives.

Obamacare has helped roughly 20 million Americans obtain medical insurance either through government programs or through policies from private insurers made available in Obamacare marketplaces. Republican opponents have called the law an unwarranted intervention by government in health insurance markets.

The Democratic-backed law was signed by Obama in 2010 over strenuous Republican opposition.

In the lawsuit led by Texas, O’Connor ruled that the entire law was unconstitutional. The 5th Circuit, however, avoided answering the key question of whether the rest of the law can remain in place or must be struck down, instead sending the case back to O’Connor to reconsider. The Supreme Court will now decide the issue.

In the 2012 case, the Supreme Court upheld most Obamacare provisions including the individual mandate, which required people to obtain insurance or pay a financial penalty. The court defined this penalty as a tax and thus found the law permissible under the Constitution’s provision empowering Congress to levy taxes.

Trump’s administration supported the legal challenge although it has said the judgment should affect only the 18 states that sued and has suggested that not all provisions would need to be struck down. The administration had urged the Supreme Court not to take up the case because the 5th Circuit decision was not final.

Trump’s efforts to persuade Congress to repeal Obamacare have failed – even when his fellow Republicans controlled both the House and Senate. His administration has not said what it would replace Obamacare with.

Trump has said he supports a provision, which exists in Obamacare, to bar private insurance companies from denying coverage to people with pre-existing medical conditions – language that his administration has urged courts to invalidate.

Some Democrats seeking their party’s nomination to challenge Trump, including Senators Bernie Sanders and Elizabeth Warren, have backed sweeping new proposals to replace Obamacare with Medicare for All. Such a program would replace the current U.S. healthcare mix of public programs and private health insurance with a single government-run system.