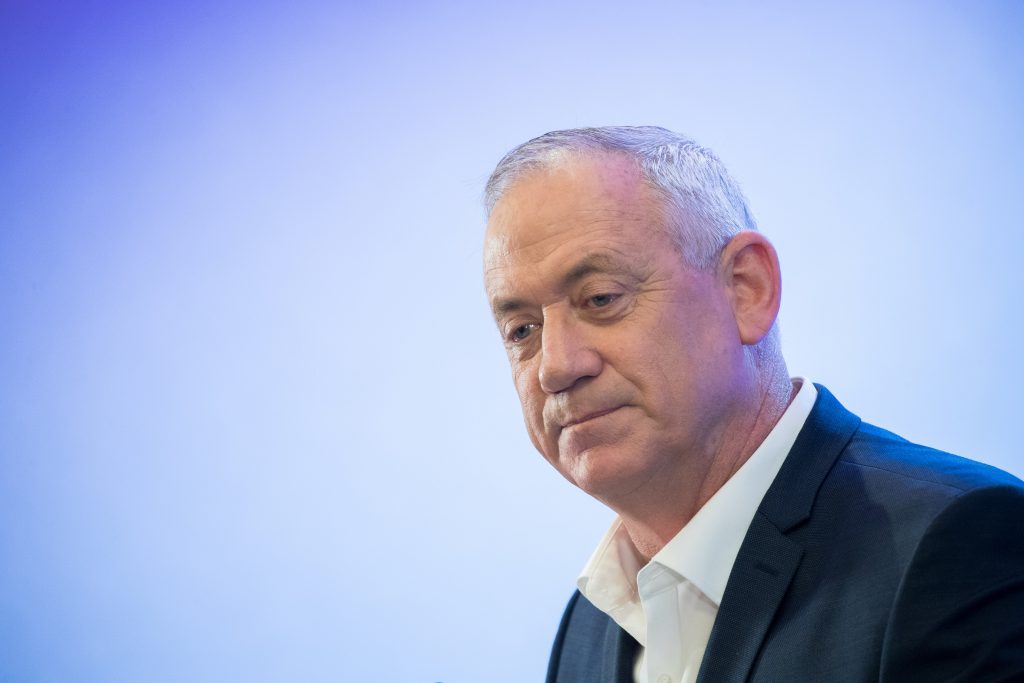 Regardless of how he does in Monday’s election, Blue and White head Benny Gantz is likely to find himself in the midst of a police investigation into a growing corruption scandal surrounding a company he directed that sold an artificial intelligence system to police without going through proper channels. Gantz has claimed that he was not a party to any “deal” with then-Israel Police chief Roni Alshich, but new documents revealed by Yisrael Hayom show that Gantz met with Alshich personally and privately several times before police bought the system from Fifth Dimension (Hameimad Hachamishi). Gantz had previously denied that such meetings took place.

Prosecutors announced last month that they would investigate possible illegal activities by the tech firm, focusing on the period that Gantz was the CEO of the company. Documents revealed by Yisrael Hayom showed that Israel Police purchased an artificial intelligence system from Fifth Dimension. The purchase was made without a tender, ignoring strictures of the Public Security Ministry, which supervises the activities of the police, and which specifically require contracts of NIS 50 million or more with outside agencies to be approved by the Ministry’s financial department. The police ignored that requirement and made the deal with the company, the documents show.

The investigation was upgraded last week into a criminal one, and in response attorneys for Gantz said that their client was perfectly clean in the affair. “Gantz made sure not to be involved in the company’s business dealings with police,” said Doron Cohen, former CEO of the bankrupt company. “The deal was made by company management and the board of directors, which Gantz headed, but was not involved with,” he told Army Radio.

But Yisrael Hayom on Sunday published the contents of an email sent by Cohen to American investors that portrays Gantz as directly involved in the deal. The message describes a meeting between Gantz and Alshich in 2018 discussing the company’s project, and says that Fifth Dimension had been chosen for the police project – and that, in addition, the company would not have to go through the tender process, saying that “the client has found a solution to the tender issue.”

In response to the story, Blue and White said in a statement that “there were no issues with Gantz’s direction of the company. He is not a suspect, and the timing of this story a day before the election speaks for itself.”