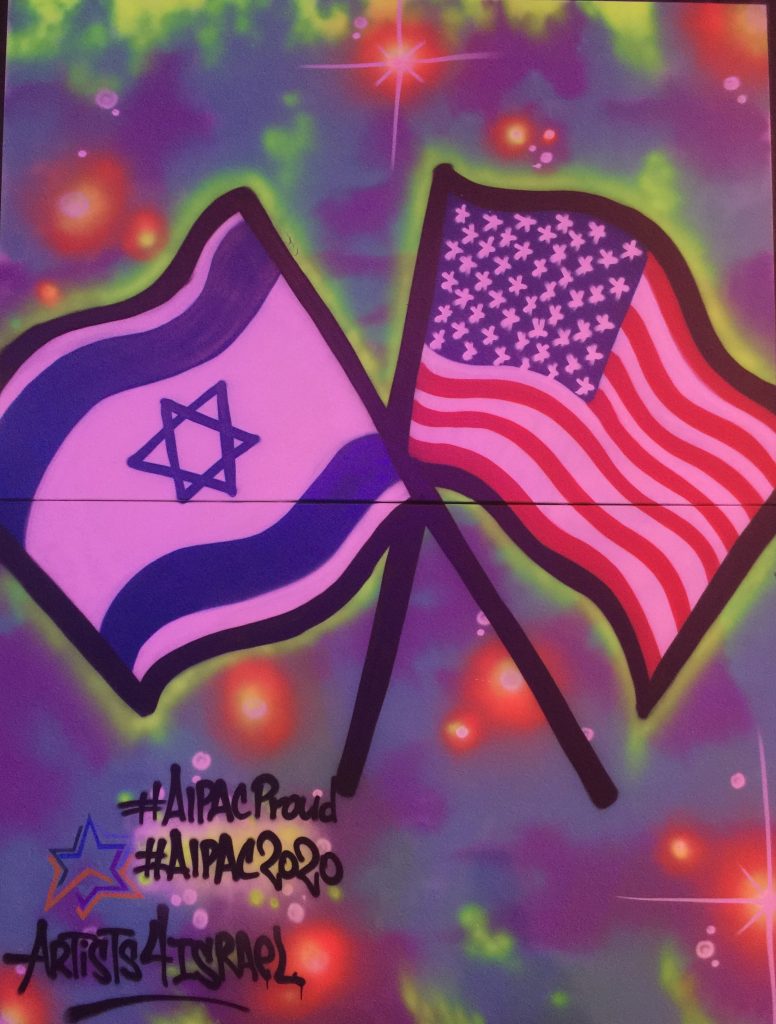 Hope y’all enjoyed your five-hour lunch break, and we’re back again for the Monday afternoon session of the 2020 AIPAC Conference.

As always, refresh for the latest updates, which appear on top of the page.

Thanks again for joining Hamodia.com for live updates!

Schumer, like other speakers, is also mentioning the anti-Semitic attacks across the United States.

“The rise of anti-Semitism in the United States is a national crisis that all Americans must fight.”

He says that anti-Semitism “unchallenged and unbridled, will grow and gather strength.”

He calls on Congress to quadruple funding, to $360 million annually, to protect shuls and yeshivas.

Schumer says that political winds blow strongly in election years, “but no matter how fiercely the winds may blow, we may not let support for Israel be caught up in the maelstrom.”

“Support for the friendship between our two countries does not depend on which party you belong to. Plain and simple.”

Schumer doesn’t name names, but acknowledges that some elements “seek to use Israel as a way to score political points,” and says he is “very proud that the overwhelming majority of democrats support a strong U.S.-Israel relationship.”

He is bemoaning “intransigence by Palestinian leaders and too many in the Arab [world] to recognize Israel.”

“But the possibility for a two-state solution must still be maintained,” says Schumer, for a “safe and secure” side by side with a demilitarized state that provides dignity to the Palestinians.”

“The extremists on both sides who pretend that the other side doesn’t exist or is going to disappear are living in a state of denial.”

Video montage of politicians of both parties at past AIPAC events, headlined, “It’s the Policy, Not the Party.” Again, AIPAC concerned about keeping support bipartisan.

McCarthy says the congressional consensus for Israel “is under attack like never before.”

Boos when McCarthy mentions the name of Rep.Ilhan Omar, who is with Bernie Sanders at a campaign rally in her native Minnesota.

McCarthy says, “As long as I am in Congress, I will never be silent about my support for Israel.”

McCarthy has visited Israel five times in 10 years with 189 Republican members of Congress, and says he works with Majority Leader Steny Hoyer so that the trips are bi-partisan. There are cheers at the mention of Hoyer, who spoke yesterday afternoon.

McCarthy cites  a quote by Ronald Reagan, “Freedom is never more than one generation away from extinction. We didn’t pass it to our children in the bloodstream. It must be fought for, protected …” McCarthy says this applies to support for Israel as well.

“I’ve wanted to say this for some time to my friends on the Left: hating Donald Trump is not an Israel policy.

Friedman concluded his remarks by asking the crowd to say along with him, “Am Yisrael Chai.”

Friedman says the Trump peace plan “offers a tremendous opportunity to Palestinian people,” an opportunity for them to have a state, and with massive international investment.

“Under the Trump Administration, the Biblical heartland of Israel in Judea and Samaria will never be judenrein.”

PA President Abbas recently was unable to muster enough votes for a resolution at the U.N. Security Council condemning the Trump peace plan. Friedman says this was thanks to the diplomatic efforts of Jared Kushner, Avi Berkowitz and Kelly Craft, U.S. Ambassador to the U.N.

“The world has grown tiresd, perhaps even exhausted, of the failed Palestinain leadership … the Palestinian people deserve so much better, and we will continue to make the case whenever and wherever people of good faith are willing to listen for the Palestinans to engage in this plan.”

He says the Obama Administration’s abstaining from the UN resolution against Israel in 2017 was “a great betrayal of Israel by the United States.”

“We didn’t enter office on the 5o-yard line of the U.S.-Israel relationship, no we found ourselves deep in our own territory and playing against the wind. And so from that vantage point we set out to work. And you all know what happened next.”

When Pompeo issued his legal opinion of settlements, “hysteria overcame the progressive left,” who all said “everybody knows” the settlements are illegal. Friedman says this just shows how far the goalposts have moved.

“He was right then, and Presiednt Trump and Secretary Pompeo are right, now.”

“Jerusalem has been accessible to all major faiths only since 1967, under Israeli control … And the last thing the Arabs of East Jerusalem want is to be transferred to a separate Palestinian state.”

Crowd gives Lowey a big standing ovation to thank her for over 30 years of advocacy for Israel.

Rep. Nita Lowey, D-N.Y., who is 82 years and and will retire at the end of this year, is attending her 32nd AIPAC Conference.

Lowey reiterates the theme that “AIPAC must remain bipartisan.”

Lowey has consistently supported aid to Israel. Regarding presidential candidates pushing to lower aid or leverage aid, “If anyone out there is suggesting that we cut aid to Israel, it comes from their ignorance, frankly, and they don’t understand the importance of the Israel-United States relationship.”

“The world knows that the noble Iranian people do not hate Israel or Jews. It’s the bigoted,intolerant regime that doesn’t. And it is that regime and its views that is the reason that President Trump said it will never obtain a nuclear weapon while we’re on watch.”

106 Democrats signed a letter in November opposing the administration’s saying settlements do not per se violate international law, saying it discredits the United States.

But Pompeo says “the truth must be spoken, and that’s what President Trump and this administration” have done.

“What damages and discredits the U.S. and our relationship with Israel is denying that Palestinian terrorism has been the real obstacle to peace.”

He is recounting the countries that are moving closer to Israel. Like the Gulf nations. And French Parliament passed a resolution that anti-Zionism is anti-Semitism.

“There’s no president and no administration that loves Israel more than President Trump and our team,” says Pompeo. “Under President Trump, Israel is not a pariah, but a partner.”

Pompeo is now recounting the recent things the administration did for Israel, including saying settlements are not necessarily inconsistent with international law, releasing the peace plan, and taking out Qasem Soleimani.

“The previous admin used to say, ‘Osama bin Laden is dead and General Motors is alive,” said Pompeo. “I think we can do one better: Qasem Soleimani is dead and Israel and the U.S. are alive.”

Austin, whose adoptive father fled Czecholslavakia as a child at the onset of World War II, said, “I’ll be standing with you every step of the way as we defeat extremism and support Israel. You can always count on me.”

Speaking now is Ian Austin, a former Labour MP, who dropped out of the Labour Party due to anti-Semitism in its ranks.

He joined the Labour Party as a teenager, and always supported Israel, and spoke out against the Iran nuclear deal.

Labour historically supported Israel, and though things began shifting a bit, “It was not until 2015 when a an obscure backbench member of parliament was elected leader that everything changed.”

“My parents taught me that prejudice leads to intolerance and eventually persecution,” and that everyone has a duty to fight it.

In 2018, he was introduced to a Holocaust survivor on a March of the Living. The survivor asked, “Are you not ashamed to be in the Labour Party with all the anti-Semitism?” That “shook me to my core, and that’s when I knew that i would have to leave the party.”

He became an independent, and was appointed by former PM Theresa May as a trade envoy to Israel, and he steadfastly opposed BDS.

Austin did not run in the last election, but decided to focus on speaking out against Corbyn becoming prime minister.

“I am so proud of the way oridnary decent British people came together, rejected racism and anti-Semitism and stoof up for the Jewish community.”

“But we have not yet defeated … the deligitimazation of the Jewish state.”

Once again, the announcement not to touch your eyes or mouth, use hand sanitizer, etc., as coronavirus fears grow.

Your correspondent saw one prominent person here is tapping elbows with people instead of shaking hands.

Some concerned readers have been asking about your correspondent’s caffeine intake for today. Six teas, two cans of soda. Not too bad.

During the afternoon, news came down that Amy Klobuchar has dropped out of the presidential race, and will endorse Joe Biden. This follows yesterday’s similar news about Pete Buttigieg. With the two moderates endorsing Biden, it seems Bloomberg – the only Democrat to appear in person at AIPAC this year – will have a more difficult road to the nomination.