Israel Israelis Do Their Duty in a Gloomy Election Repeat
Israel 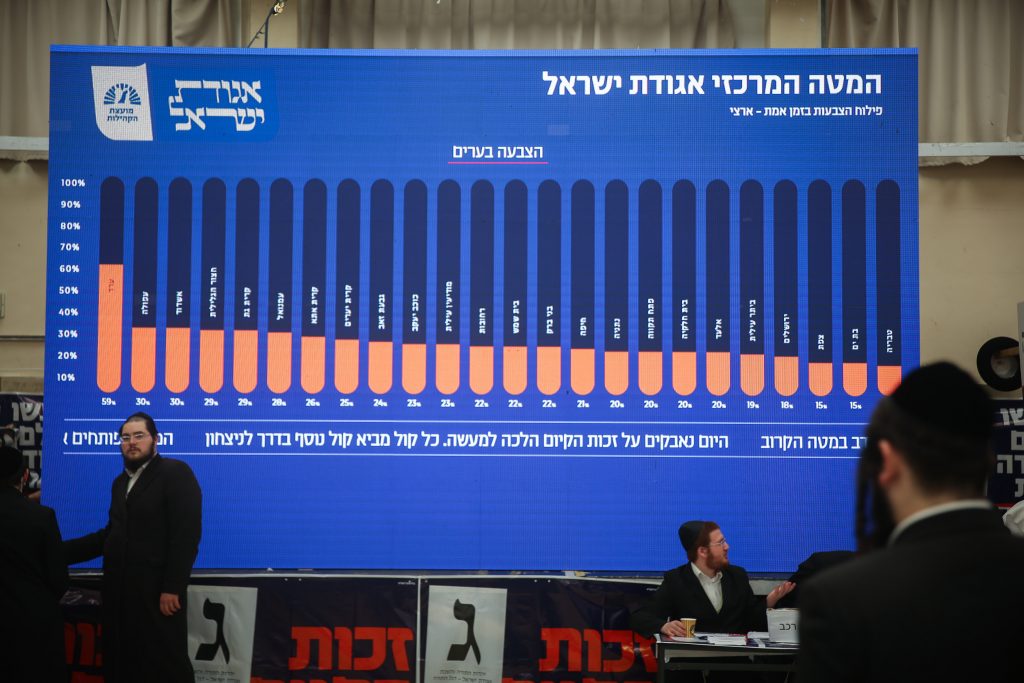 As of 6 p.m. some 56.3% of eligible voters went to the polls, a 3% increase over the September elections and the highest rate at this hour since the 1999 elections. Polls close at 10.

Amid the usual official urgings to vote, oddly, perhaps the gloomiest pronouncement came from President Reuven Rivlin, who said:

“This is usually a holiday, but to be honest, I have no festivity in me, just a sense of deep shame before you, the citizens of Israel,” Rivlin said as he cast his ballot. “We don’t deserve another horrible and filthy campaign like the one that ends today and we don’t deserve this endless instability. We deserve a government that will work for us.”

By contrast, Prime Minister Binyamin Netanyahu told people, “Go vote. It’s a proud day.” He added that there was no reason to stay away from the polling stations out of fear of the coronavirus. The authorities have taken every precaution, and “people can go and vote with complete confidence.”

Prior to election day there was little evidence that Israelis would heed the call to come out a third time in a year to cast their votes.

As the AP described it, “There was little fanfare in the days leading up to the vote, with a noticeable absence of campaign posters on the streets and public rallies that typically characterize the run-up to Israeli elections.”

Ynet offered a sampling of grassroots sentiment. “We need to do it, we need to get it over with,” said Itai Oren of Kibbutz Reshafim in northern Israel. “There’s a great weariness, great exasperation with the process, the style and attitude… Enough, finish it and start running this country.”

Kohavit Mor of Tel Aviv said: “It’s a waste of money. A crime. There’s no other word for it. I feel I’m a party to a crime. People are sick with cancer in hospitals… and billions are being spilt here.”

Arab Israelis may be feeling more determined than resigned. In Haifa, Adham Odeh said Arab voters will “vote the third time and the fourth time and the fifth. We’ll come and vote as much as we need to, and G-d willing tomorrow morning we’ll wake up with 16 seats [for the Joint Arab List].” JAL leaders have been saying that anger over the Trump peace plan could boost turnout in their communities and yield as much as 16 seats, 3 more than they currently have.

Veteran pollster Camil Fuchs said on Monday that exit polls conducted so far indicate that the outcome will be “very interesting.” He conceded that the turnout was way beyond expectations.