Israel Israel Goes Back to the Polls: ELECTION UPDATES
Israel 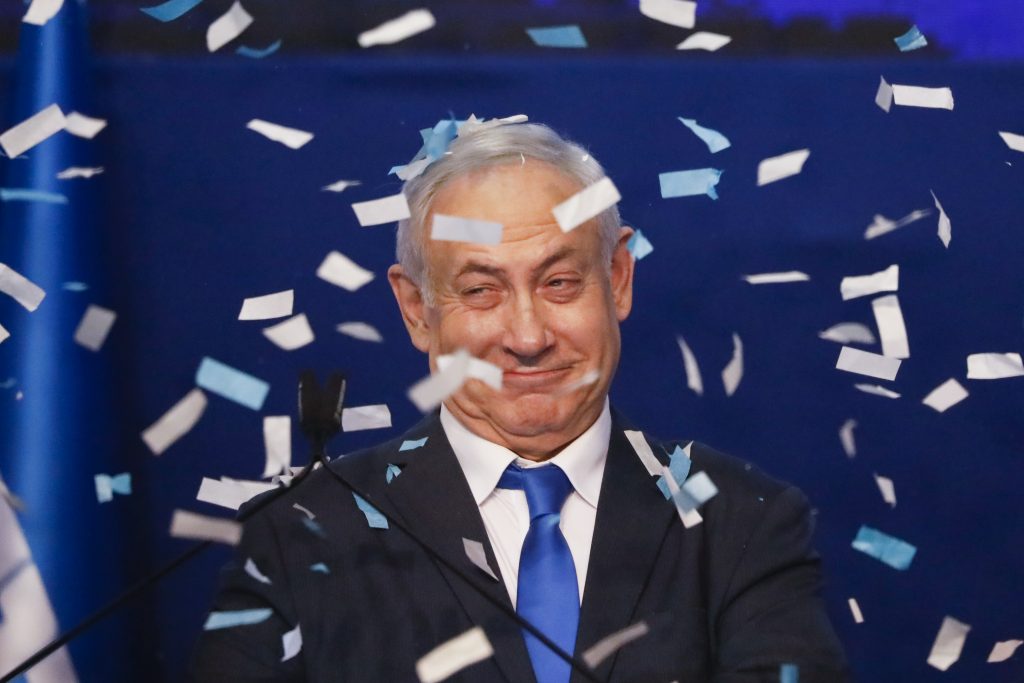 Nearly six and a half million Israelis head to the polls Monday, as the ongoing state of elections continue in the country, this time for the 23rd Knesset. Politicians and candidates from all parties are making the rounds throughout the country, urging the party faithful – and the less committed – to go out and vote.

The Central Election Committee (CEC) announced the first official election results shortly before 1:00 a.m. Israel time. Final results are only due to be released by Thursday morning.

Prime Minister Benjamin Netanyahu said in his victory speech, “’Mishenichnas Adar marbim besimchah.’ And tonight, we have some joy! (It is) a night of huge victory! Thank you very much.

“This is the great victory of my life, (it was) against all odds. We were facing huge forces that already eulogized us. We plowed the country from north to south. There is nothing like the citizens of Israel. Israeli citizens trust us because they know that we have brought the best decade in Israeli history. They said the Netanyahu era was over, but we turned the lemon into a lemonade.

“We will apply sovereignty over the homeland of Judea and Samaria. We will eliminate the Iranian threat. We will sign a defensive alliance with the United States. We will establish peace with the Arab states.

“I intend to be the prime minister of all Israeli citizens. I spoke to the leaders of the right-wing bloc, and tomorrow we will start establishing a national government tomorrow.”

Statement from leader of Blue and White MK Benny Gantz at the end of the campaign: “I understand and share the feeling of disappointment and pain. If these are the end results, it will not return the country to the clear thoroughfare. Let’s look at half a full glass. We set out on a long road a year ago. We created an amazing thing called Blue and White. We will not give up the principles nor our way.”

Prime Minister Binyamin Netanyahu spoke with all the leaders of the nationalist camp parties, and they agreed to establish a strong national government for Israel as soon as possible.

In addition, Netanyahu called MK Rabbi Moshe Gafni, the leader of Degel Hatorah, who praised him for his great victory. They schedule a meeting tomorrow morning of the right wing bloc.

The Prime Minister also called on Shas Chairman MK Rabbi Aryeh Deri, congratulated him on the result and thanking him for his consistent support.

“Thank you to the thousands of religious Zionist sons and daughters who took charge of the State of Israel and the right-wing camp, descended into the territory in droves, bringing tremendous achievement.

“This great spirit will be transformed, with the help of Hashem, into a good national government for Israel. ”

Defense Minister Naftoli Bennett, head of the Yamina faction, announced, “(The) Right won, (and) we’ll make sure the right way wins too. As we promised before the elections, we recommend Prime Minister Benjamin Netanyahu for the establishment of a national right-wing government. The right-wing faction will remain united, and tomorrow we will hold a first-party meeting. We are committed to the right-wing bloc led by Netanyahu to establish a government in which we will continue to maintain the security of Israeli citizens, continue to provide support to IDF soldiers and maintain Israel and right-wing values.”

All times are in Israel time. This post will be updated throughout the day.

The Central Election Committee reports that voter turnout as of 4 p.m. stands at 47%. Voter turnout for the same time during September’s election stood at 44.3%, and at the same time in the April elections was 42.8%.

The turnout on Monday, thus far, is the highest since the 1999 elections.

The Central Election Committee has announced that the dedicated polling stations for Israelis in isolation will remain open until 7 p.m. They have also added additional polling stations in Tel Aviv and Kfar Sava. The committee notes that for technical reasons, lighting, and being that the special tents are outdoors, the stations can not remain open past 7 p.m.

UTJ intends to file a complaint at the Central Election Committee and to the Police against telephone attempts to mislead residents of the Central Region by calling them and telling them that they have “already voted and should not come to vote.”

“This is a false deception stemming from interested parties trying to hurt the party as well as the purity of the elections,” UTJ said.

Prime Minister Binyamin Netanyahu voted in Yerushalayim. Netanyahu: “I urge everyone to go vote. This is a great democratic right, and we should be proud of it. Come with confidence to vote.

“I say with confidence, because we are doing everything necessary to address the health issues. You have nothing to worry about, just one thing – don’t listen to fake news that tries to keep you from voting.”

Paramedics dressed in head-to-toe protective gear stood guard at dedicated polling stations where Israelis under quarantine from the coronavirus voted in Monday’s election.

One by one, voters in face masks and gloves who have been isolated at home after crossing paths with coronavirus carriers filed through more than a dozen tents across the country to fill in their ballot slips in a close contest in which candidates are fighting for every last vote.

Election officials sat on the opposite side of a see-through plastic barrier to make sure things run smoothly.

Ten Israelis have tested positive for the virus and about 5,500 others, including those who have recently traveled to coronavirus hot spots, are under home quarantine, according to Israel‘s Health Ministry.

President Reuven Rivlin called on all Israelis to exercise their rights and go out and vote.

“Election day is normally a festive day, but the truth is that I don’t feel like celebrating. I only a sense of deep shame when I face you, my fellow citizens,” said Rivlin.

“I very much hope that we meet again only in 2024, or at least that I won’t see another election campaign as president of the country.”

Polls open across the country, the third time in under a year, with the name of the game this time being the percentage of votes, around the coronavirus fright that is expected to somehow affect Election Day.

6,453,255 voters will be able to exercise their democratic right at 10,631 voting stations, including 14 special stations for those under quarantine for coronavirus. The polls will close at 10 p.m., then the exit polls will be published, with tension to increase as the real-time results begin to come in.