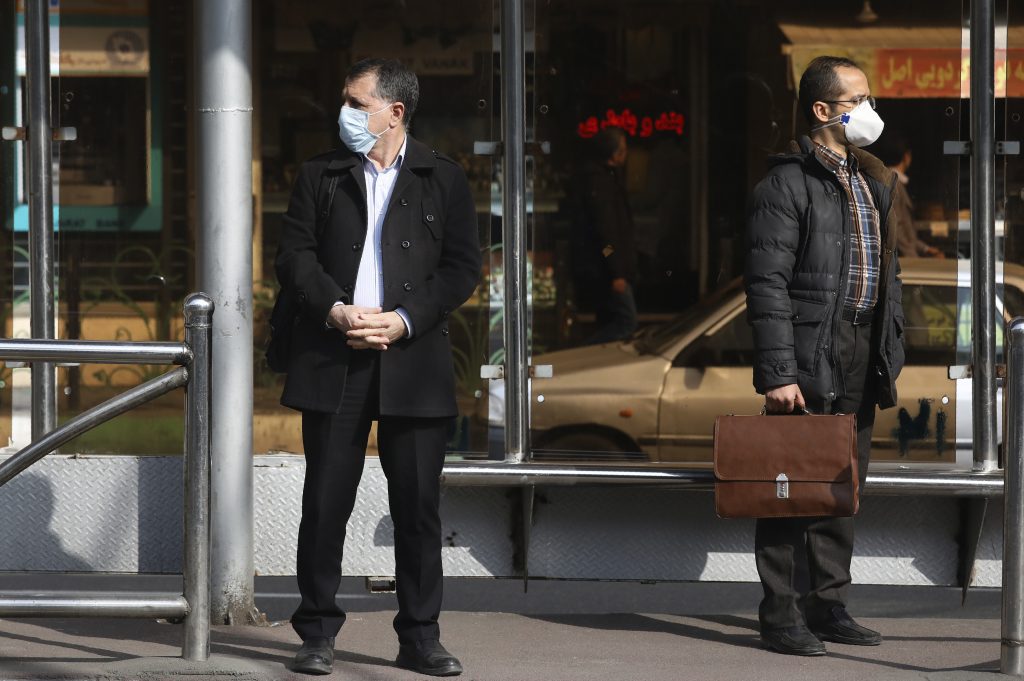 A member of a council that advises Iran’s supreme leader died Monday after falling ill from the new coronavirus, state radio reported, becoming the first top official to succumb to the illness that is affecting members of the Islamic Republic’s leadership.

Expediency Council member Mohammad Mirmohammadi died at a Tehran hospital of the virus, state radio said. He was 71.

The council advises Khamenei, as well as settles disputes between the supreme leader and Parliament.

His death comes as other top officials have contracted the virus in Iran, which has the highest death toll in the world after China, the epicenter of the outbreak.

Trying to stem the outbreak of the new coronavirus, Iran on Monday held an online-only briefing by its Foreign Ministry as Britain began evacuating nonessential staff and families from the country.

Iran has reported 978 confirmed cases of the new virus with 54 deaths from the illness it causes, called COVID-19. Across the wider Mideast, there are over 1,150 cases of the new coronavirus, the majority of which are linked back to Iran.

Iran and the U.S. have seen some of the worst tensions since its 1979 Islamic Revolution in recent months, culminating in the American drone strike that killed a top Iranian general in Baghdad and a subsequent Iranian ballistic missile counterattack against U.S. forces.

“We neither count on such help nor are we ready to accept verbal help,” Mousavi said. He added Iran has always been “suspicious” about America’s intentions and accused the U.S. government of trying to weaken Iranians’ spirits over the outbreak.

The British Embassy meanwhile has begun evacuations over the virus.

“Essential staff needed to continue critical work will remain,” the British Foreign Office said. “In the event that the situation deteriorates further, the ability of the British Embassy to provide assistance to British nationals from within Iran may be limited.”

While Iran has closed schools and universities to stop the spread of the virus, major Shiite shrines have remained open despite civilian authorities calling for them to be closed.

Meanwhile Monday, the virus outbreak saw itself dragged into the years-long boycott of Qatar by four Arab nations over a political dispute.

A prominent columnist at Dubai’s government-owned Al-Bayan newspaper on Twitter falsely described the virus as being a plot by Qatar to hurt the upcoming Expo 2020 world’s fair in Dubai and Saudi Arabia. Noura al-Moteari later described the tweet as “satire” to The Associated Press after it gained widespread attention.

The Dubai Media Office similarly described the tweet as being written in a “cynical style” while distancing the Arabic-language daily from al-Moteari.

“Noura is a freelance writer and is not an employee of Al-Bayan nor does she represent the publication’s views,” it told the AP. “That being said, this has no relevance to any social media policy being practiced by the publication nor the state.”