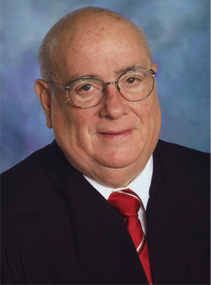 Former Secretary of State Hillary Clinton must submit to a deposition about her use of a private email server as part of a lawsuit brought by a conservative political group, a federal judge ruled Monday.

While Clinton has submitted extensive evidence about her use of a private server while in office, questions remain about her precise reasons for doing so, U.S. District Judge Royce Lamberth said, ruling largely in favor of the Judicial Watch organization.

“The court believes those responses were either incomplete, unhelpful or cursory, at best,” said Lamberth, an appointee of President Ronald Reagan. “Simply put, her responses left many more questions than answers.”

The judge also ruled that Clinton can be questioned about her knowledge of the existence of any emails, documents or text messages related to the Benghazi terrorist attack in Libya, which has long been at the center of Republican allegations of an attempted cover-up by Democrats.

Despite all the evidence handed over by the State Department since Judicial Watch sued in 2014, Lamberth said he still wants to know when Clinton first learned that department employees were unaware of the existence of her private server, according to the ruling.

“And why did she think that using a private server to conduct State Department business was permissible under the law in the first place?” the judge said.

Clinton has long denied that she did anything wrong by using the private server.

In her effort to avoid the deposition, Clinton argued that the congressional Benghazi Select Committee, the State Department inspector general and the FBI all examined her use of a private email server and issued findings that are publicly available, according to the ruling.