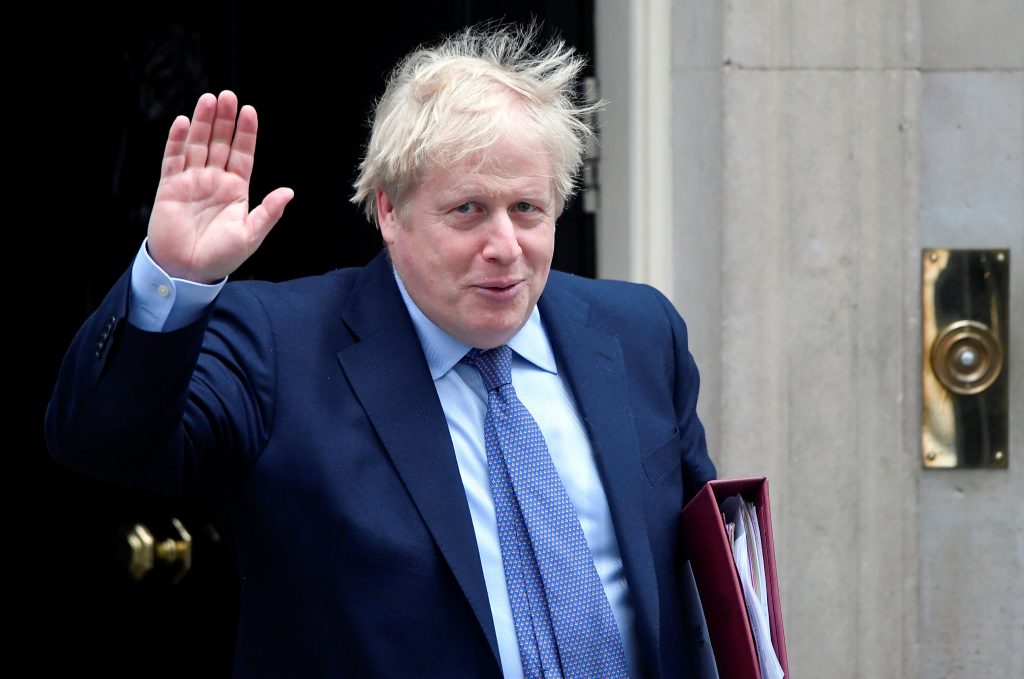 Britain unveiled its mandate for trade talks with the United States on Monday, with Prime Minister Boris Johnson vowing to drive a hard bargain in negotiations that are set to test their “special relationship”.

After leaving the European Union in January, PM Johnson wants to pursue a trade deal with Washington to try to not only champion Britain’s new independence but also to put pressure on the bloc in separate talks on a future relationship.

As a negotiating team heads to Brussels to start those discussions, the government set out its mandate for talks with the United States, warning that London would walk away if its demands are not met.

Britain said it wanted to achieve “huge gains” by removing barriers to trade, but that its much-loved National Health Service (NHS) would not be on the table in talks, and that its food standards would be maintained.

That could set the two sides on a collision course, putting additional pressure on a relationship already strained by London’s decision to allow China’s Huawei a limited role in its 5G mobile network and a proposed digital services tax.

“We have the best negotiators in the business and of course, we’re going to drive a hard bargain to boost British industry,” Johnson said. “Most importantly, this transatlantic trade deal will reflect the unique closeness of our two great nations.”

The mandate hinted London could reconsider its plans to introduce the tax in April on big tech companies like Google, Facebook and Amazon after criticism by Washington.

The government said its analysis showed a deal with the United States could boost transatlantic trade by 15.3 billion pounds ($19.61 billion) over 15 years, and increase the size of the British economy by 0.16%.

The United States is currently Britain’s biggest trading partner after the EU, accounting for nearly 19% of all its exports in 2018 and 11% of imports. By comparison, the EU accounted for 45% of all U.K. exports and 53% of U.K. imports.

Johnson, the face of Britain’s campaign to leave the EU, has repeatedly said the ability to strike new trade deals with other countries is a major benefit of Brexit.

But opposition political parties said the modest potential boost to gross domestic product would not make up for the economic hit Britain will take from leaving the EU.

“Today’s analysis is clear: the gains from the best-case trade deal with Donald Trump will not come close to outweighing what we expect to lose from leaving the EU,” said Sarah Olney, Liberal Democrat spokesperson for International Trade.

The government said manufacturers of cars, ceramics, food and drink, and professional services including architects and lawyers, would be among the biggest winners from the trade deal.

“Trading Scottish smoked salmon for Stetson hats, we will deliver lower prices and more choice for our shoppers,” Johnson said.

Both sides hope a deal can be reached as soon as this year, but there are many hurdles.

The government reiterated that the NHS was “not for sale” — addressing criticism that a deal could let private U.S. health-care providers into Britain’s state-funded health system.

It also vowed to uphold high standards on food safety and animal welfare amid fears from farmers that the government will allow U.S.-produced chlorine-washed chicken and hormone-treated beef into Britain.

“In a trade deal with the U.S., we will not diminish our food safety standards and we will also not put the NHS on the table,” British trade minister Liz Truss said. “If we don’t get the deal we want, we will be prepared to walk away.”

Washington’s negotiating objectives, published last year, include pressing for full market access for U.S. pharmaceutical products and medical devices, which would require changes to NHS pricing restrictions and could increase the cost of drugs.