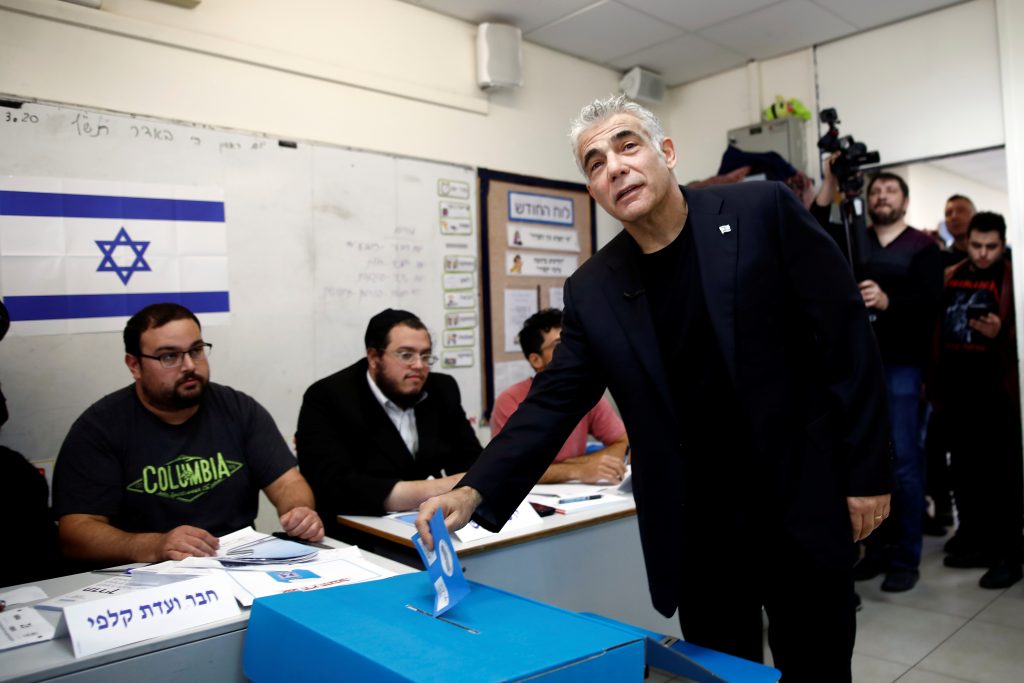 Benny Gantz’s Blue and White was trying to mobilize its voters amid reports of low turnouts in areas where the party looks for strong support.

In response to what it termed a “low voter turnout in key Blue and White locations,” party MKs have been instructed “to heighten their presence in all of the key locations and base pockets, and to stay in the field until polls close at 10 p.m.”

Gantz and his three senior MK’s—Yair Lapid, Moshe Yaalon and Gabi Ashkenazi—were trying to get out the vote. Gantz and Lapid were concentrating on the Tel Aviv area, while Yaalon and Ashkenazi were reported working on the Sharon district, which includes Herzliya, Raanana, Kfar Saba and Kiryat Ono.

Otherwise, the generally high turnout was interpreted by Channel 12 political analysts Amit Segal and Aviv Bushinsky as a harbinger of a Likud victory, and that Israeli Prime Minister Binyamin Netanyahu‏‏ may well have a shot at the magic number 61, a majority of Knesset members sufficient for a coalition.

Channel 13 pollster Camil Fuchs said that pre-election day polls might once again have been misleading.

Fuch’s, whose staff is interviewing people after their voting, said “it will be extremely interesting. We’re seeing things we hadn’t thought about.”

He conceded that turnout has been much stronger than anticipated. “We thought people were apathetic, that people wouldn’t come out to vote.”

Meanwhile, Blue and White files a complaint with the Central Elections Committee about a doctored video posted to Netanyahu’s social media page in which Gantz supposedly calls on Israelis not to vote for him.

“Don’t give up until the last moment. Don’t put [a voting slip for] Blue and White in the ballot box,” Gantz seems to say in the video.

What he actually says is “If you don’t put Blue and White in the ballot box, we’ll get a fourth election” — with the last part cut off by the Likud video.