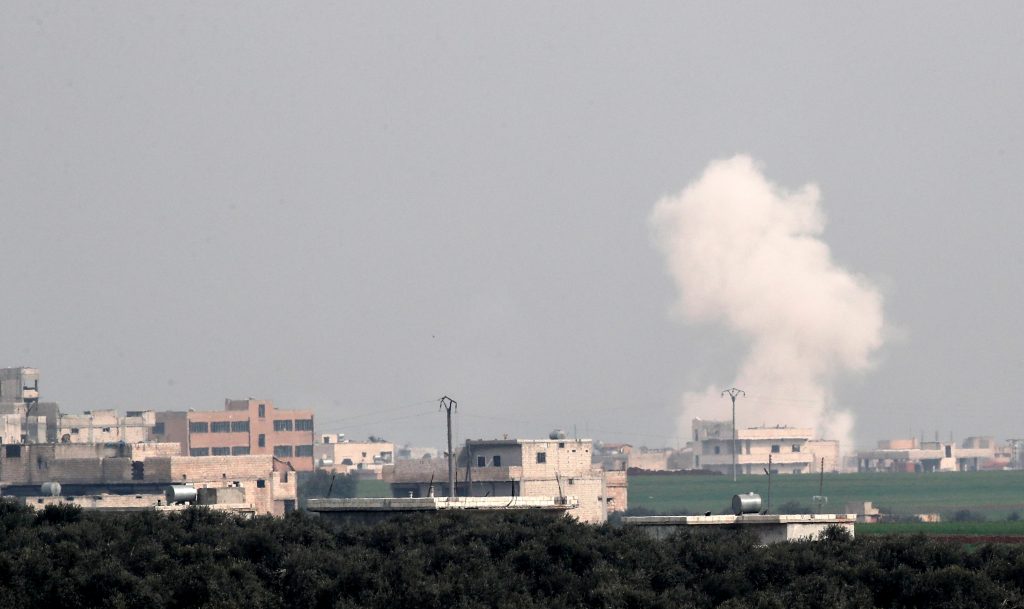 Syria’s official news agency said two of its warplanes were shot down by Turkish forces inside northwest Syria, amid a military escalation there that’s led to growing direct clashes between Turkish and Syrian forces.

SANA says the jets were targeted over the Idlib region, and that the pilots ejected with parachutes and landed safely. These confrontations have added to soaring tensions between Turkey and Russia, which support opposing sides of the Syrian civil war.

Turkish President Recep Tayyip Erdogan on Saturday announced his country had opened its western borders to migrants and refugees hoping to head into the European Union.

While Erdogan did not explicitly link his decision to open the gates to Europe to the military escalation in Syria’s northwestern Idlib province, however, he has warned that Turkey “can’t handle a new wave of migration,” an apparent reference to Idlib where hundreds of thousands of desperate Syrian civilians fleeing Syrian troop advances moved toward the Turkish border.

Turkish Defense Minsiter Hulusi Akar, speaking from military headquarters near the Syrian border, said Turkey aimed to confront Syrian government forces rather than Russian troops. He called on Moscow to persuade Syrian President Bashar Assad to withdraw to 2018 ceasefire lines on the edges of Idlib.

Referring to losses inflicted on Syria, he said Turkey had “neutralized” more than 2,200 Syrian troops, 103 tanks and eight helicopters.

The operation is Turkey’s fourth in the war-torn country since 2016.

The heavy fighting in northwest Syria has also triggered a humanitarian catastrophe and the single largest wave of displacement in the nine-year Syrian civil war.