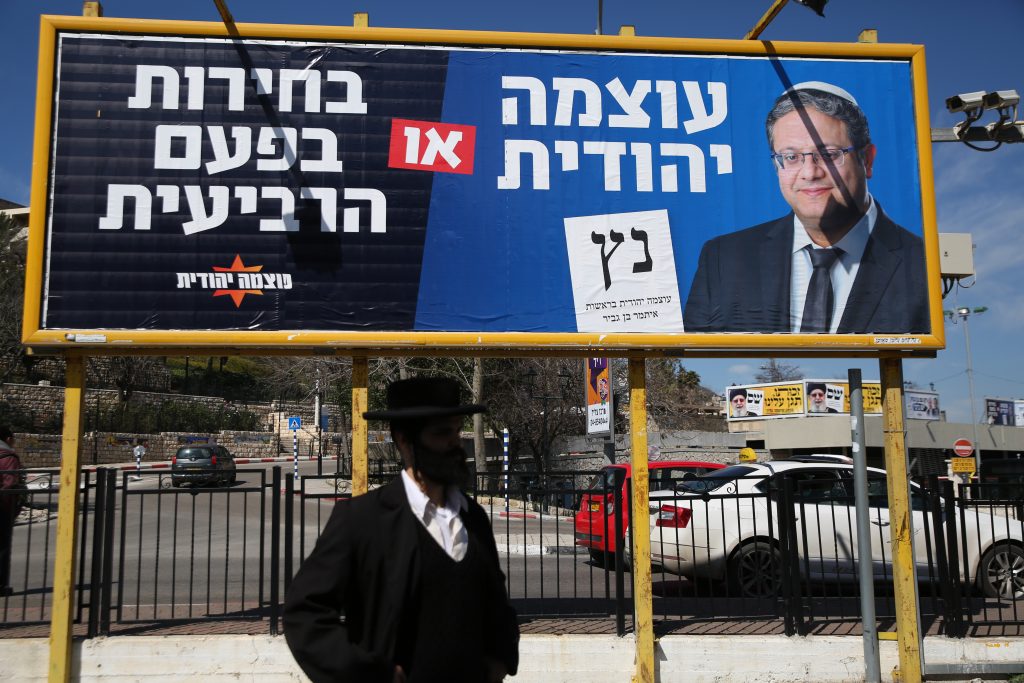 Otzma Yehudit leader Itamar Ben-Gvir told a news conference on Sunday evening that he’s staying in the election, after another day of intense speculation as to whether he would bow to pressure from Israeli Prime Minister Binyamin Netanyahu‏‏ and allies to drop out.

“We came to politics to change, to present an alternative,” Ben Gvir said. “We’re here to stay.”

Earlier in the day, he claimed that he had reached a deal with Likud to quit the elections, but that Netanyahu backed out at the last minute.

Although Likud would not confirm or deny details of the abortive agreement, it was reported that May Golan, 34th on the Likud list, would represent Otzma Yehudit’s interests in the Knesset, the illegal Arab town of Khan Al Ahmar would be evacuated within six weeks, and the electoral threshold would be lowered.

Across all polls, the far-right Otzma Yehudit will not clear the threshold for representation in the Knesset, and right-wing leaders want him to bow out rather than allow tens of thousands of votes to be wasted.

Blue and White chairman Benny Gantz condemned Netanyahu for trying to make a deal with Ben-Gvir.

“Netanyahu is prepared to to sell himself and the values of the Likud movement to racists. He already offered the Kahanists money and jobs and now he is offering them a real union, including a reserved spot [on Likud’s electoral slate] and an obligation to Kahanist ideology,” Gantz wrote in a tweet on Sunday.