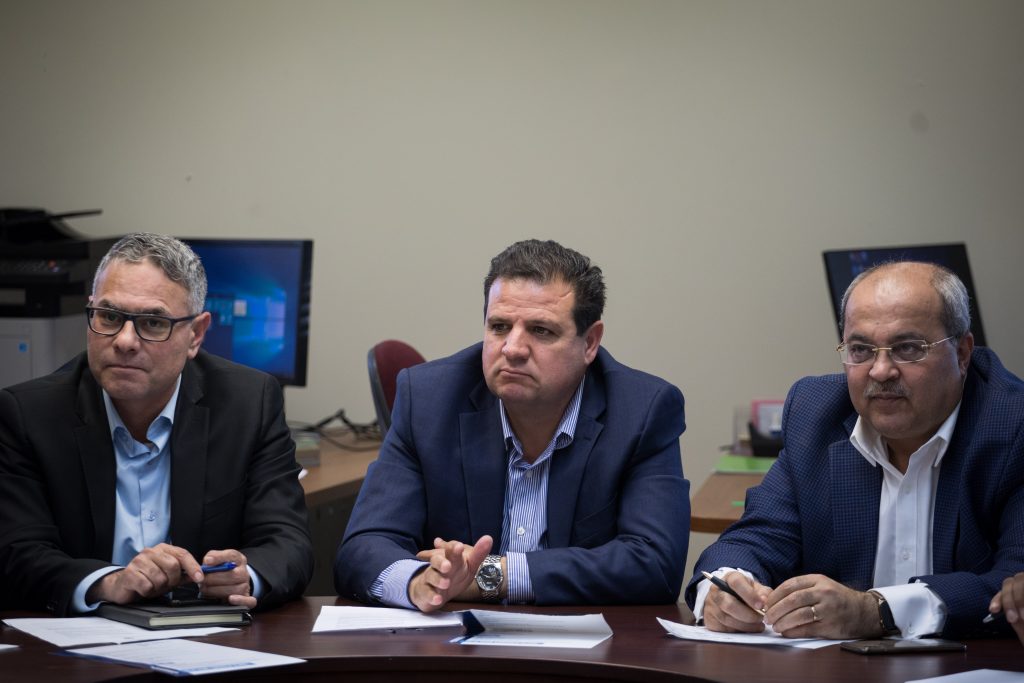 On the eve of Israel’s third election in a year, Prime Minister Binyamin Netanyahu has been urging supporters to mount a final push to win the one or two more seats he says he needs to form a government.

But as he campaigns, another force in Israeli politics – the Arab minority – is hoping to use a new surge of anger against the right-wing leader and his U.S. allies to edge the electoral arithmetic the other way.

Arab politicians are urging their communities to turn out in ever greater numbers on Monday to show their opposition to the new peace plan – dubbed the “Deal of the Century” – unveiled by U.S. President Donald Trump in January.

Anger among Israel’s Arabs has focused on one part of that plan in particular, a proposed redrawing of borders that would put some Arab towns and villages outside Israel and into the area assigned to a future Palestinian state.

“There is someone who set this plan: Binyamin Netanyahu,” said Ayman Odeh, chief of the Arab-dominated Joint List coalition.

“We need to overthrow him, our biggest agitator, the person behind the Deal of the Century,” Odeh added during a stop in Taibe, a village that could be moved outside Israel under President Trump’s plan. The move would be administrative, as the plan says explicitly that no one, Israeli or Palestinian, will be uprooted from their homes.

Arab MKs currently hold 13 seats in the 120-member Knesset. If the Arab and centrist blocs both hold their voting share – and certainly if they increase – that would make it harder for Netanyahu to get the extra seats he needs in the country’s finely balanced political set-up.

Some think the turnout will be dramatically higher than past years. MK Yousef Jabareen said polls and direct canvassing indicate that the Joint List is on a trajectory to achieving 16 seats.

Nearly 80% of Arabs who are familiar with the Trump plan oppose it, according to a Feb. 24 poll by the Konrad Adenauer Program for Jewish-Arab Cooperation at Tel Aviv University.

The poll’s author, Arik Rudnitzky, said the Trump initiative had injected “new blood into this relatively calm electoral campaign” and forecast a slight increase in Arab turnout over last September’s election, from 59% to 60%.

Their political representatives have had to choose their words diplomatically as they push their campaign against Netanyahu.

If they reject the notion of coming under Palestinian rule too aggressively or overtly, they could be seen as selling out their brethren in Yehudah and Shomron and Gaza. But if they embrace that notion, they risk losing the benefits of Israeli citizenship.

“Everyone wants to stay in Israel, everyone wants an Israeli I.D. because they can see the situation in the [Palestinian Authority], and here it is better,” said Zuhri Haj Yahya, a Taibe resident.

He said it made no difference to his sense of identity whether he lived under Israeli or Palestinian rule.

“I am Palestinian,” he said. “I am still occupied, whether I am here or there.”

As the election neared, Netanyahu dismissed concerns about land swaps and sought to win over Arab voters.

“The last thing I believe in is uprooting anyone from their home. No one will be uprooted,” he told Arabic-language channels PANET and Hala on Feb. 18.

Likud also said its 15 billion shekel ($4.37 billion) investment program was more than any government ever invested in Arab communities.

But Arab politicians derided Netanyahu’s appeals, and his promises of direct flights to Mecca for Muslim pilgrims.

“What did Netanyahu really do for us?” asked politician Ahmad Tibi, calling it a last-ditch effort to “manipulate our community.”