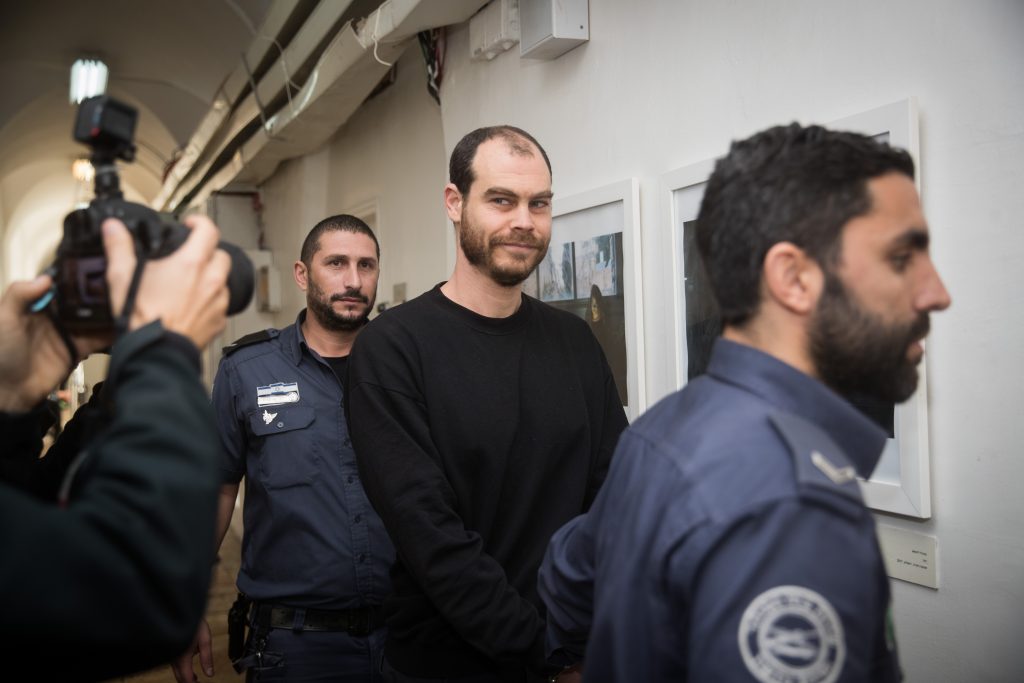 Far-left radical activist Yonatan Pollak was again questioned about an article he wrote that complainants said was inciting violence against IDF soldiers. This is the second time Pollak was being questioned about the article in Haaretz that called for Israelis to “join the children of the rocks” and attack Israeli soldiers.

Pollak was recently arrested and jailed for incitement after he evaded police for months. Pollak was arrested in January at the offices of Haaretz, which has been accused of aiding him in evading police – a charge the newspaper vehemently denies. Pollak was employed intermittently as a graphic artist at the newspaper, and police have raided its offices several times to arrest Pollak, who was wanted on charges of abetting Arab rioters to violate the public order in Shomron.

Immediately after his arrest, right-wing group Ad Kan filed several complaints about him with police, saying they had footage showing him inciting Arabs to riot and attack Israeli civilians, police and soldiers in no fewer than 18 incidents.

In an op-ed on Monday in Haaretz, Pollak wrote that Israelis “need to cross the line and violate the law. We need to join the children of the rocks and the firebombs, and follow them.” Ad Kan filed a complaint with police on that article as well, saying that Pollak was inciting to violence.

Gilad Ach, head of Ad Kan, said that “for 15 years, the anarchist group led by Pollak against the security fence has led violent riots and attacks against IDF soldiers, and has been ensured freedom of action and speech, despite the many injuries soldiers have suffered in these riots.

“At last, a historic injustice has been corrected, with his arrest. We hope that from now on the legal system will protect soldiers and back them up, preventing the anarchists from attacking them.”