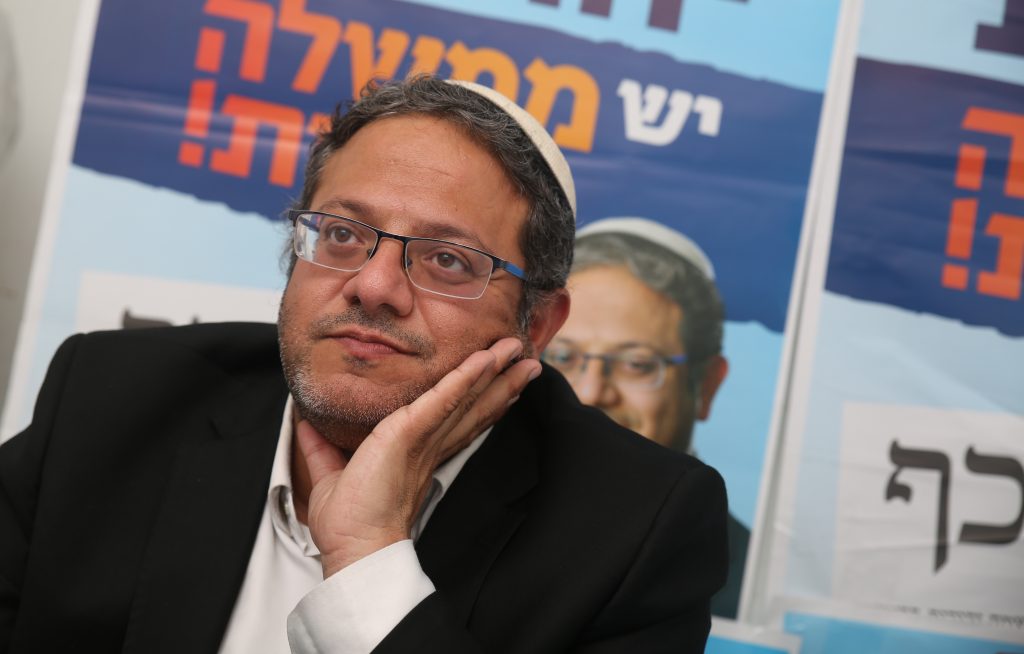 Otzma Yehudit Chairman Itamar Ben Gvir and the Likud agreed overnight on conditions for an Otzma withdrawal, and for their voters to support Likud in Monday’s election, Channel 12 reported.

Otzma Yehudit said Sunday morning that conditions for their party’s withdrawal were agreed upon, after all polls clearly show the party not passing the electoral threshold.

In a statement, Ben Gvir said that Prime Minister Binyamin Netanyahu withdrew from the agreement at the last minute and therefore the party will run to the end.

According to the agreement, May Golan, 34th on the Likud list, was to represent Otzma Yehudit’s interests in the Knesset, Khan Al Ahmar will be evacuated within six weeks, and Netanyahu also promised to lower the electoral threshold.

According to the Channel 12 report, opposition from the Likud came mainly from Netanyahu’s direction and as of now negotiations between the parties have ceased.