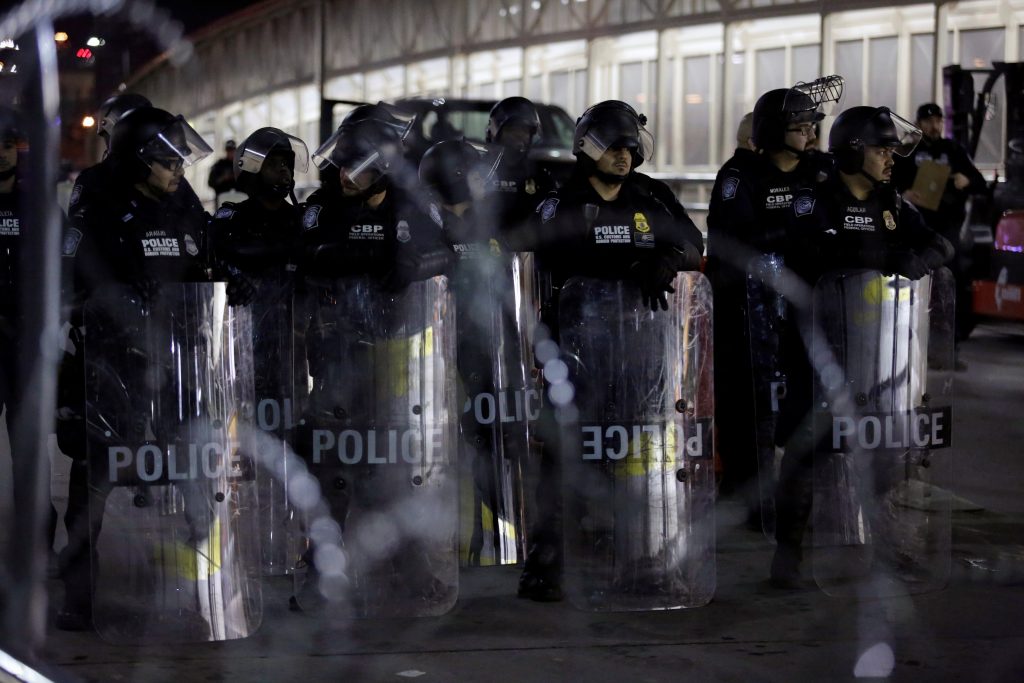 U.S. authorities said they closed the busy Ciudad Juarez-El Paso border bridge on Friday after more than a hundred mostly Cuban migrants tried to cross in response to a court ruling suspending an asylum policy.

Earlier, an appeals court ruled to block one of President Donald Trump’s signature immigration policies the administration says has helped to curb migration on the southern border and forced tens of thousands to wait in Mexico.

Word of the news spread on social media and a Reuters witness saw migrants on the Mexican side of the border heading towards the bridge while some U.S. Customs and Border Protection (CBP) officers were putting on riot gear.

“I’ve been waiting in Juarez for ten months,” said one Cuban asylum seeker, who declined to give his name. “I don’t care how long I have to wait here for them to let us through.”

CBP confirmed on its Twitter account that it had closed the Paso Del Norte Bridge to stop a group of migrants from illegally and forcefully entering the United States and that other ports stayed open.

The policy has forced roughly 60,000 people back to Mexico under one of Trump’s asylum policies, called the Migrant Protection Protocols (MPP), to await the outcome of their cases in often dangerous border towns.

There, they are vulnerable to kidnapping, robbery and other crimes while living in sometimes unsanitary conditions.

Later on Friday, the Trump administration said in an emergency motion that at least 25,000 migrants sent back through the program were still in Mexico and that halting the program “could prompt a rush on the southern border”.

In response, the appeals court put its ruling on hold to allow the administration to petition the U.S. Supreme Court to take up the issue.

“It’s time for everyone to start going home, no one is going to cross tonight,” said Enrique Valenzuela, head of the population council of the Chihuahua state government, whose is among those in charge of handling migrants at the border.

“The suspension has been suspended, MPP is back,” he told migrants as he walked through the crowd at the base of the bridge.

Even though some migrants left, dozens were still present when CBP tweeted the bridge would remain closed overnight.

The bridge was reopened on Saturday morning.