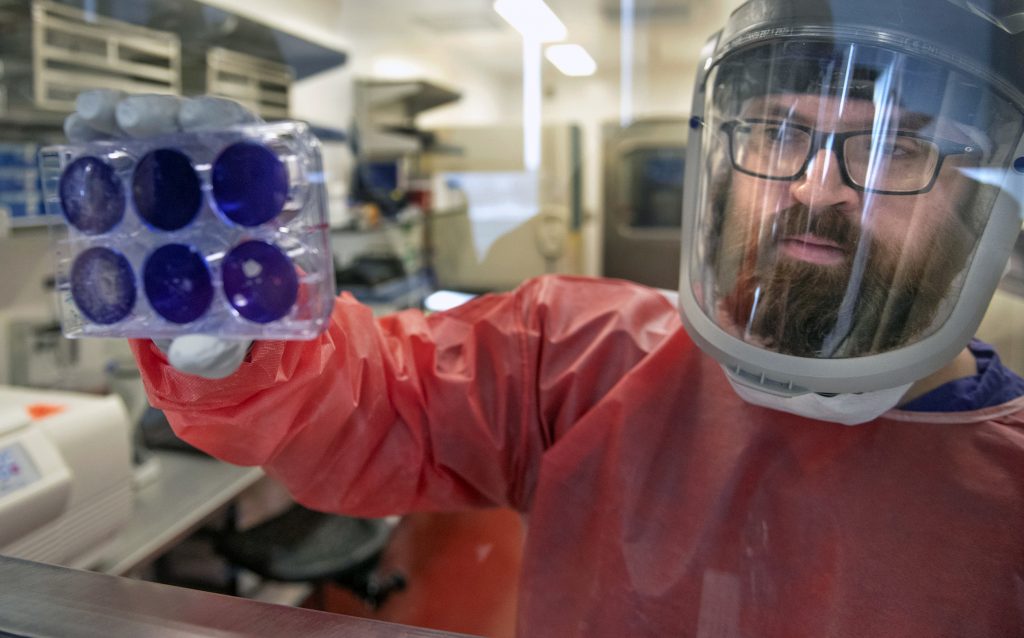 A growing number of discharged coronavirus patients in China and elsewhere are testing positive after recovering, sometimes weeks after being allowed to leave the hospital, which could make the epidemic harder to eradicate.

On Wednesday, the Osaka prefectural government in Japan said a woman working as a tour-bus guide had tested positive for the coronavirus for a second time. This followed reports in China that discharged patients throughout the country were testing positive after their release from the hospital.

An official at China‘s National Health Commission said on Friday that such patients have not been found to be infectious.

Experts say there are several ways discharged patients could fall ill with the virus again. Convalescing patients might not build up enough antibodies to develop immunity to SARS-CoV-2, and are being infected again. The virus also could be “biphasic,” meaning it lies dormant before creating new symptoms.

But some of the first cases of “reinfection” in China have been attributed to testing discrepancies.

On Feb. 21, a discharged patient in the southwestern Chinese city of Chengdu was readmitted 10 days after being discharged when a follow-up test came back positive.

Lei Xuezhong, the deputy director of the Infectious Diseases Center at the West China Hospital, told People’s Daily that hospitals were testing nose and throat samples when deciding whether patients should be discharged, but new tests were finding the virus in the lower respiratory tract.

Paul Hunter, a professor of medicine at Britain’s University of East Anglia who has been closely following the outbreak, told Reuters that although the patient in Osaka could have relapsed, it is also possible that the virus was still being released into her system from the initial infection, and she wasn’t tested properly before she was discharged.

The woman first tested positive in late January and was discharged from the hospital on Feb. 1, leading some experts to speculate that it was biphasic, like anthrax.

A Journal of the American Medical Association study of four infected medical personnel treated in Wuhan, the epicenter of the epidemic, said it was likely that some recovered patients would remain carriers even after meeting discharge criteria.

In China, for instance, patients must test negative, show no symptoms and have no abnormalities on X-rays before they are discharged.

Allen Cheng, professor of infectious diseases epidemiology at Monash University in Melbourne, said it wasn’t clear whether the patients were re-infected or had remained “persistently positive” after their symptoms disappeared. But he said the details of the Japan case suggested the patient had been reinfected.

Song Tie, vice director of the local disease control center in southern China‘s Guangdong Province, told a media briefing on Wednesday that as many as 14% of discharged patients in the province have tested positive again and had returned to hospitals for observation.

He said one good sign is that none of those patients appear to have infected anyone else.

“From this understanding … after someone has been infected by this kind of virus, he will produce antibodies, and after these antibodies are produced, he won’t be contagious,” he said.

Normally, convalescing patients will develop specific antibodies that render them immune to the virus that infected them, but reinfection is not impossible, said Adam Kamradt-Scott, a specialist in infectious diseases at the University of Sydney.

“In most cases though, because their body has developed an immune response to the first infection, the second infection is usually less severe,” Kamradt-Scott said.

Other experts have also raised the possibility of “antibody-dependent enhancement,” which means that exposure to viruses might make patients more at risk of further infections and worse symptoms.

China has so far discharged 36,117 patients, according to data from the National Health Commission released on Friday, which represents almost 46% of the total cases on the Chinese mainland. If the 14% rate of reinfection is accurate and remains consistent, it could pose a wider health risk.

“I would say that it is less about if it is possible that re-infection can occur than how often it occurs,” Cheng said.