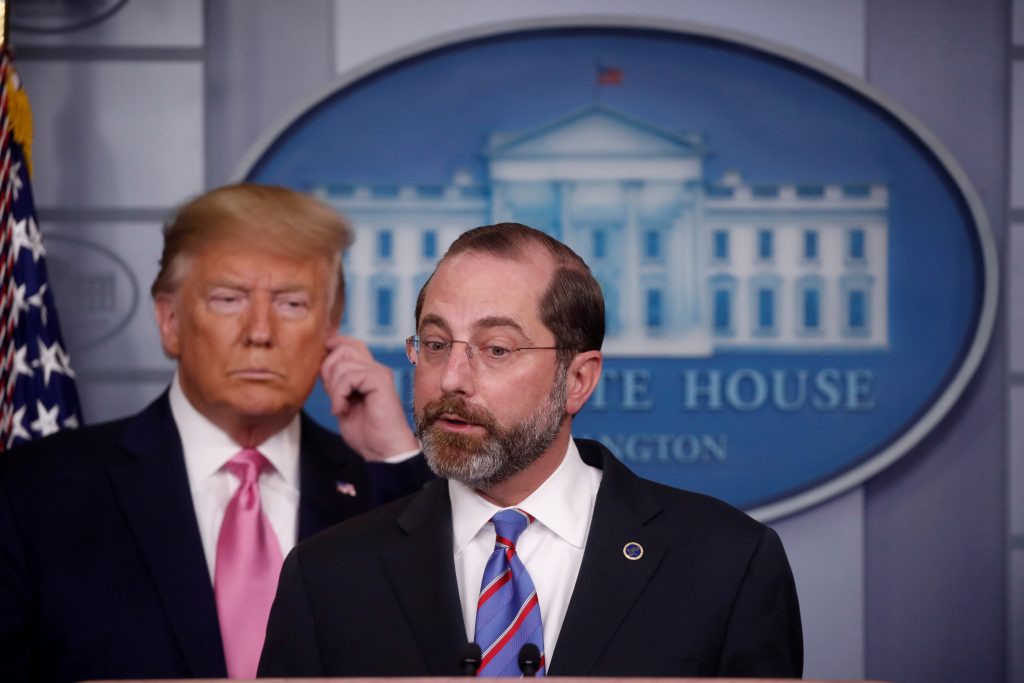 The use of the law, passed by Congress in 1950 at the outset of the Korean War, would mark an escalation of the administration’s response to the outbreak. The virus first surfaced in China and has since spread to other countries including the United States.

U.S. health officials have told Americans to begin preparing for the spread of the virus in the United States.

The law grants the president the power to expand industrial production of key materials or products for national security and other reasons.

Trump has faced criticism from Democrats over his administration’s response to the outbreak.

Health and Human Services (HHS) Secretary Alex Azar told lawmakers this week that the United States needs a stockpile of about 300 million N95 face masks – respiratory protective devices – to combat the spread of the virus. The United States currently has only a fraction of that number available for immediate use, Azar testified.

During an interagency call on Wednesday, officials from HHS and the Department of Homeland Security (DHS) discussed the possibility of invoking the Defense Production Act for the manufacture of “personal protective equipment” that can be worn to prevent infection, according to a DHS official.

A White House official confirmed that the administration was exploring the use of the law to spur manufacturing of protective gear.

Both officials requested anonymity to discuss the issue.

“Let’s say ‘Company A’ makes a multitude of respiratory masks but they spend 80% of their assembly lines on masks that painters wear and only 20% on the N95,” the White House official said. “We will have the ability to tell corporations, ‘No, you change your production line so it is now 80% of the N95 masks and 20% of the other.'”

“It allows you to basically direct things happening that need to get done,” the official added.

The DHS official said insufficient supplies of such protective gear are currently made in the United States.

“Very little of this stuff is apparently made in the (United) States, so if we’re down to domestic capability to produce, it could get tough,” the official added.

Invoking the law is one of a number of options under consideration by the administration to combat the virus, the officials said, and no final decision has been made. Trump invoked the law in 2017 to address technological shortfalls in a vaccine production capability and other items such as microelectronics.

The law grants the president broad authority to “expedite and expand the supply of resources from the U.S. industrial base to support military, energy, space, and homeland security programs,” according to a summary on the Federal Emergency Management Agency website.

Azar testified on Wednesday that the United States has a stockpile of around 12 million of the N95 masks that are in line with certifications from the U.S. National Institute for Occupational Safety and Health (NIOSH). HHS also has another 5 million N95 masks that are no longer NIOSH certified, Azar said, perhaps because they are past the expiration date.

In addition to those masks, the U.S. government has a stockpile of 30 million “gauze type” surgical masks, which the U.S. Centers for Disease Control and Prevention has said are less effective because they are loose-fitting.

“It will take time because China does control a lot of the raw materials as well as the manufacturing capacity,” Azar said.