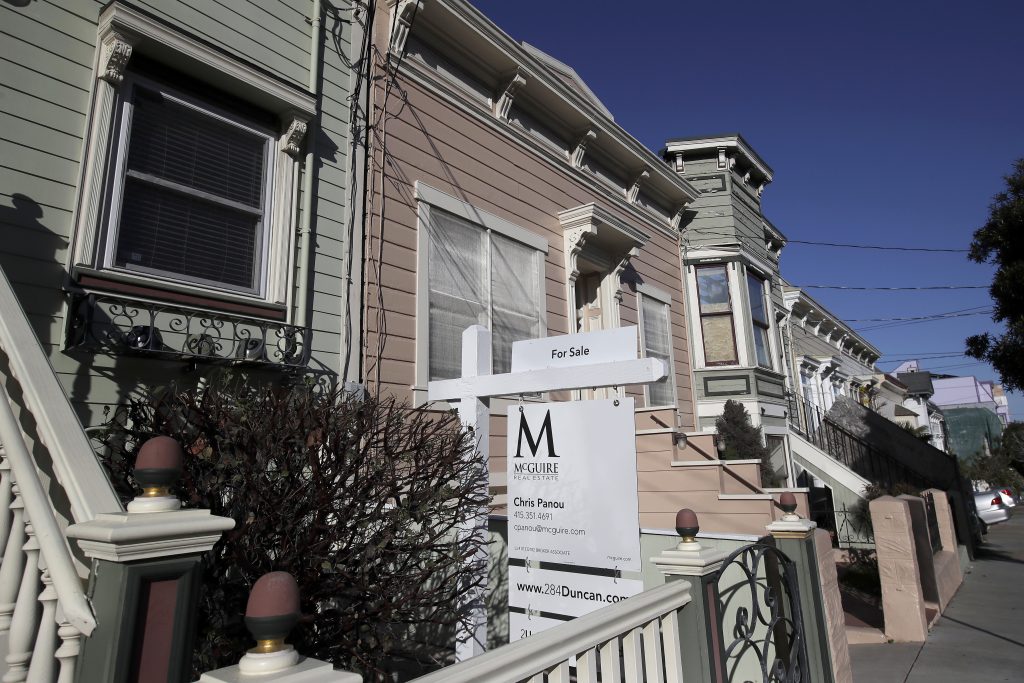 Mortgage buyer Freddie Mac said Thursday the average rate for a 30-year fixed-rate mortgage fell to 3.45% from 3.49% last week. Rates are far below year-ago levels: the benchmark 30-year loan averaged 4.35% a year ago.

The average rate on a 15-year fixed mortgage slipped to 2.95% from 2.99% last week. The slide in stock prices pushed investors to buy up U.S. Treasury securities, viewed as a safe haven in the event of an economic downturn.

The decline in mortgage rates in recent months and the solid economy have pushed up demand for housing. Americans signing contracts to buy homes jumped 5.2% in January from the previous month, the National Association of Realtors reported Thursday.

Real estate brokerage firm Redfin said its agents are seeing an escalation in competition and bidding wars among would-be homebuyers.

Freddie Mac surveys lenders nationwide between Monday and Wednesday each week to compile its mortgage rate figures. The average doesn’t include extra fees, known as points, which most borrowers must pay to get the lowest rates.

The average fee on 30-year fixed-rate mortgages was unchanged from last week at 0.7 point. The average fee for the 15-year mortgage also was steady, at 0.8 point.

The average rate for a five-year adjustable-rate mortgage fell to 3.20% from 3.25% last week. The fee remained at 0.2 point.