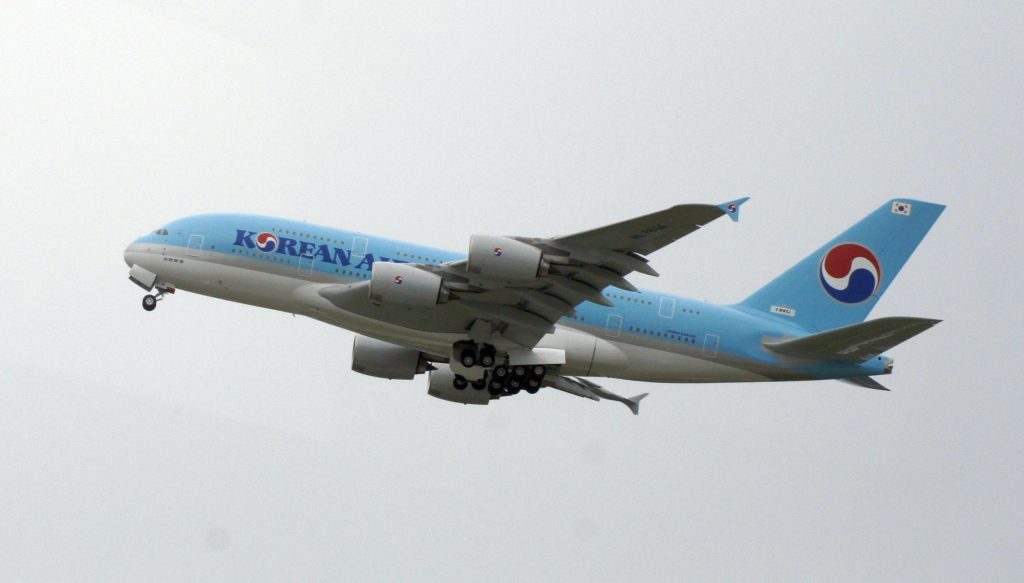 A Korean Air flight attendant who worked on flights between Seoul and Los Angeles subsequently tested positive for the coronavirus, South Korea’s disease control agency and sources said on Thursday.

South Korea reported 334 additional cases of the new coronavirus on Thursday, the largest daily increase yet, as the U.S. State Department issued a new travel warning for South Korea and a joint military drill was postponed.

The new cases bring the total tally to 1,595, giving South Korea the biggest number of infected people outside China.

The flight attendant worked on Korean Air’s flight KE017 from Seoul’s Incheon Airport to Los Angeles on Feb. 19, and on the return flight KE012 on Feb. 20, Yonhap news agency and other media reported. A South Korean official familiar with the case verified those flight details, adding that between flights the woman had stayed in Los Angeles overnight.

“She took a flight after showing symptoms, and we are investigating people who had contact with the employee on the flight,” the Korea Centers for Disease Control and Prevention (KCDC) said in a statement on Thursday.

The flight attendant, described as being in her 20s, later tested positive for the virus, and she is currently in the hospital.

The crew member had been on a Korean Air KE958 flight from Israel to Incheon on Feb. 15-16, the KCDC said. The passengers on that flight included a South Korean religious group that 31 coronavirus cases have been traced to.

“An investigation is underway about the places the patient visited and the people she had contact with,” the KCDC said.

Korean Air said crew members who were on the same flights with her have self-quarantined for 14 days, but referred other inquires to KCDC, as the authority in charge.

“We will continue to work closely with the relevant authorities to ensure the safety of our passengers and employees,” the airline said.

U.S. President Donald Trump assured Americans on Wednesday the risk from coronavirus remained “very low” and was not immediately considering travel restrictions to and from countries such as South Korea and Italy that are dealing with outbreaks.