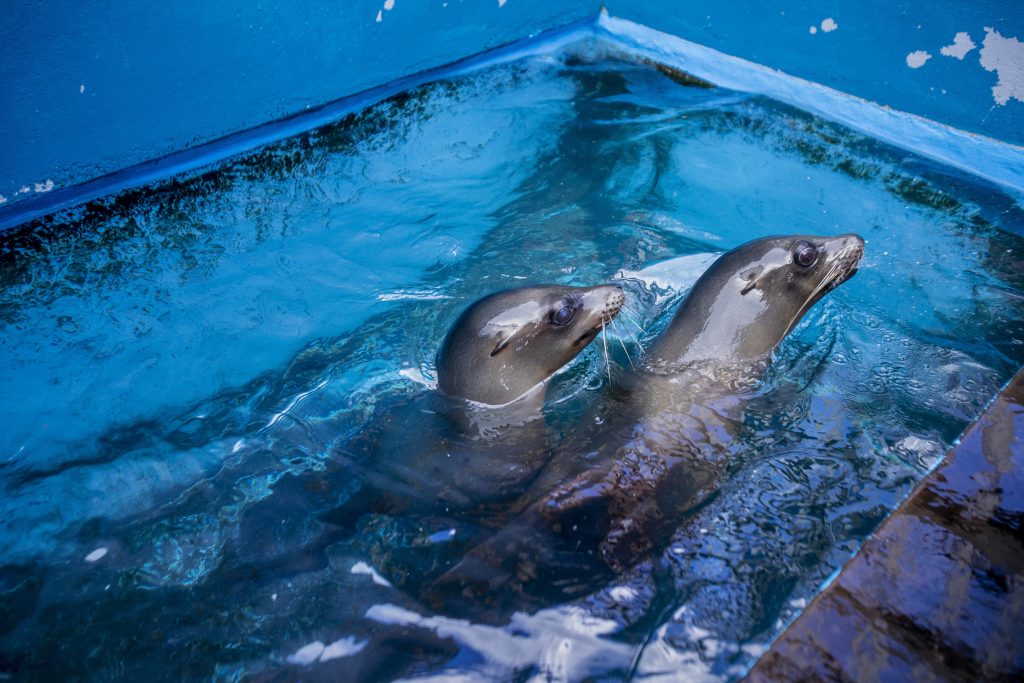 Two sea lions rescued off the coast of California are making their debut at a new home in a Hawaii aquatic park.

The sea lions, named Niblet and Brawler, are 3-year-old females and joined the aquatic attractions at Sea Life Park on Oahu Wednesday, The Honolulu Star-Advertiser reported.

They were separately rescued by the Pacific Marine Mammal Center, a nonprofit organization that rescues, rehabilitates and releases marine animals back to the wild.

After a quarantine and health care, they were transferred to the park in Waimanalo, about 14 miles from Honolulu. They will be formally welcomed Sunday.

The sea lions were rescued during what the National Oceanic and Atmospheric Administration refers to as an “unusual mortality event” involving a significant number of pups and yearlings that were stranded from 2013 to 2017.

The causes of the Southern California stranding event remain unknown, but the NOAA suspects a change in the availability of sea lion prey was a contributing factor.

Niblet, the smaller of the sea lions, was first rescued in January 2017 at Huntington Beach, California. The malnourished pup was cared for and released about seven months later, but was found again in January 2018 with low weight.

Brawler was rescued in May 2017 from Dana Point, California.

After rehabilitating her, the center implanted a microchip and released the sea lion in September but found her four days later, nearly lifeless with her eyes nearly glossed over. Scientists determined she is about 70% blind.

Niblet and Brawler will be on display at the park’s new Sea Lion Nursery Pool.

The pair will be part of the park’s educational program and given training to provide them basic care, but will not be “circus performers,” the park said.