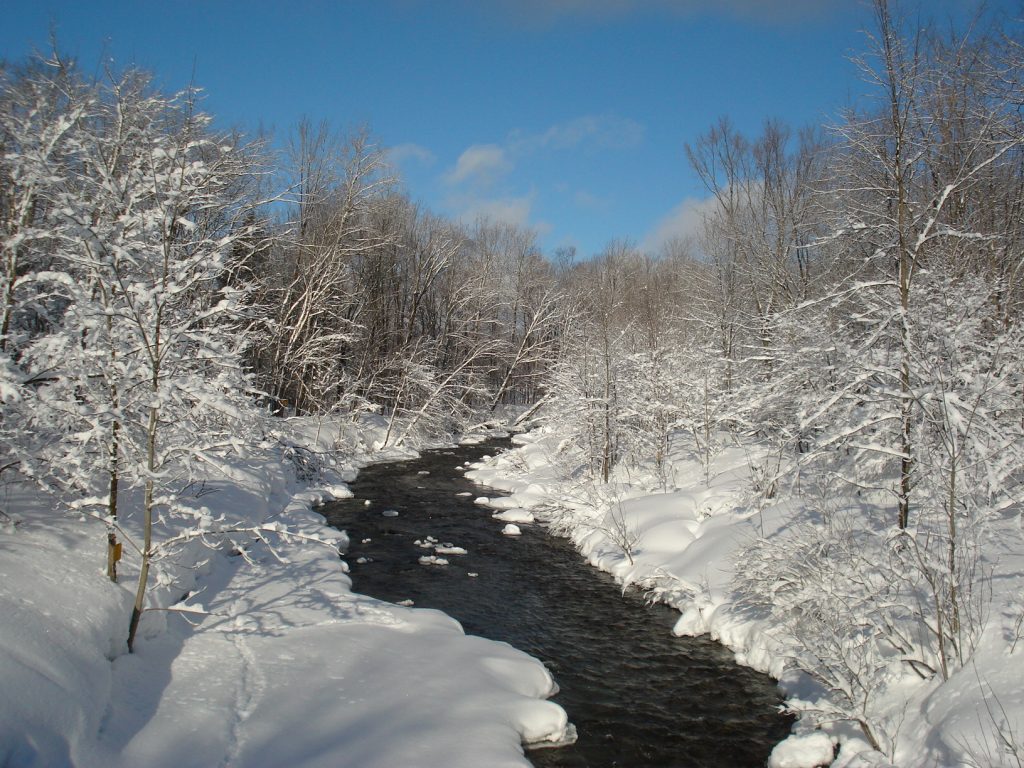 Areas of upstate New York braced Thursday for high winds and up to 4 feet of snow that already had closed schools and led to calls for drivers to stay off roads.

Gusty winds and blowing snow reduced visibility in western and northern New York, with law enforcement fielding reports of vehicles off roads. Police and emergency officials in some areas east of Lake Ontario issued travel advisories because of snow-covered roads and blowing snow.

Winds as high as 55 mph were expected in some areas.

Forecasters said the Tug Hill Plateau east of Lake Ontario could see 3 to 4 feet of snow by Saturday.

Dozens of school districts closed ahead of the storm as the National Weather Service issued a long list of winter storm watches and warnings.

Frontier Central School Superintendent Richard Hughes had some fun with his announcement, taking to Twitter with a song telling students to “grab a blanket and grab a book.”

In Buffalo, crews planned to brave the elements and continue filming scenes in and around City Hall for a movie. Downtown Buffalo was forecast to escape the brunt of the snow but was still contending with gusty winds.

“The producers are most concerned about high winds, so we are monitoring weather conditions closely and will adjust throughout the day. Public safety and safety of the crew are the biggest priorities in any decisions today,” said Tim Clark, commissioner of the Buffalo Niagara Film Office.