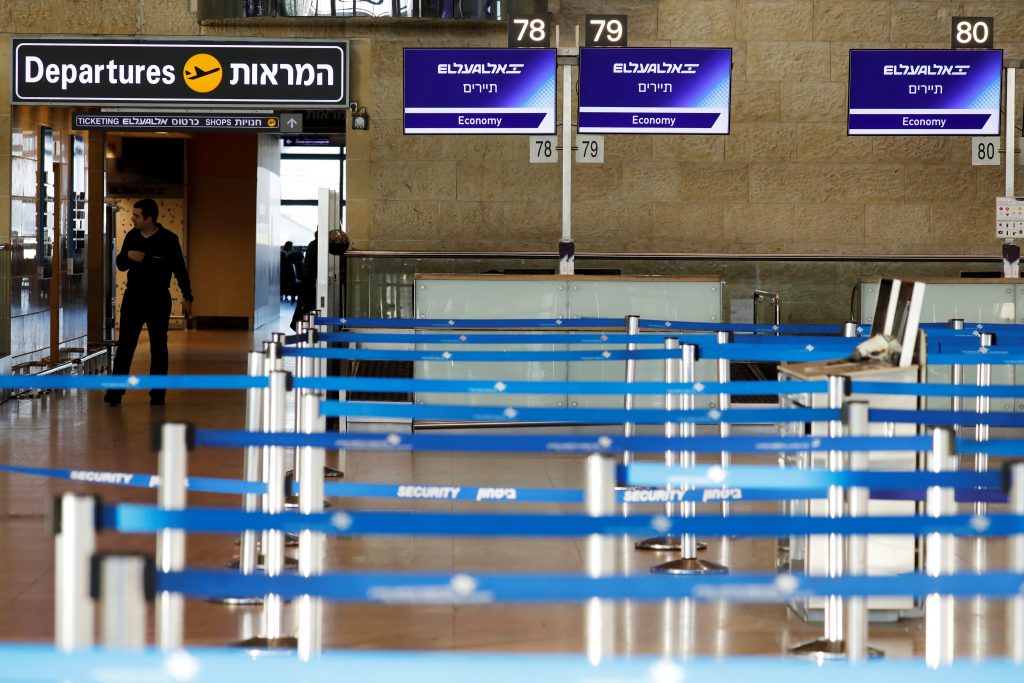 “As soon as the coronavirus appeared, I determined a policy of over-preparation, not under-preparation, for the State of Israel. There was criticism of this, but I thought, and still think, that an overly cautious policy is the correct one,” PM Netanyahu stated.

The prime minister acknowledged that Israel has “taken steps that other countries have not. We were the first in the world to block flights from countries in which the virus has a significant presence. We have also taken other measures.”

Accompanied by other senior officials, Netanyahu visited the newly-created MDA coronavirus switchboard, which he said “to the best of my knowledge, is the first in the world.”

Anyone entering the country from any point of origin who thinks they might have symptoms of the virus are now urged to call MDA at 101 immediately. Medical personnel will be available to ascertain whether paramedics should be sent to the caller with a home test kit.

Responding to reports of the dire financial situation of El Al Airlines as a result of coronavirus travel disruptions, Netanyahu said:

“I know that there is also a not simple economic burden for the airlines and businesses. I have appointed Finance Minister Moshe Kahlon to head a ministerial committee in order to assist those businesses and airlines.”

“The role of the prime minister is to lead calmly, responsibly and cautiously and to refrain from sowing panic,” said Levine in a tweet on Thursday, adding that Netanyahu’s comments are “wrong” and contradict Health Ministry guidelines and the recommendations of professionals.

“This should be corrected as soon as possible in order not to mislead the public,” he said.

Meanwhile, the Education Ministry announced the cancellation of all school trips abroad until further notice, due to concerns over the spread of coronavirus.

Public support for the government’s handling of the health crisis is strong, according to a Democracy Institute poll released on Thursday.

Some 60.1% said they believed the Health Ministry was dealing with it properly, 28.8% said it was not, and 11.1% declined to answer or said they did not know.

Asked if they were afraid someone in their family would catch the virus, 33.5% said yes, 62% said no and 2.5% did not know or refused to answer.