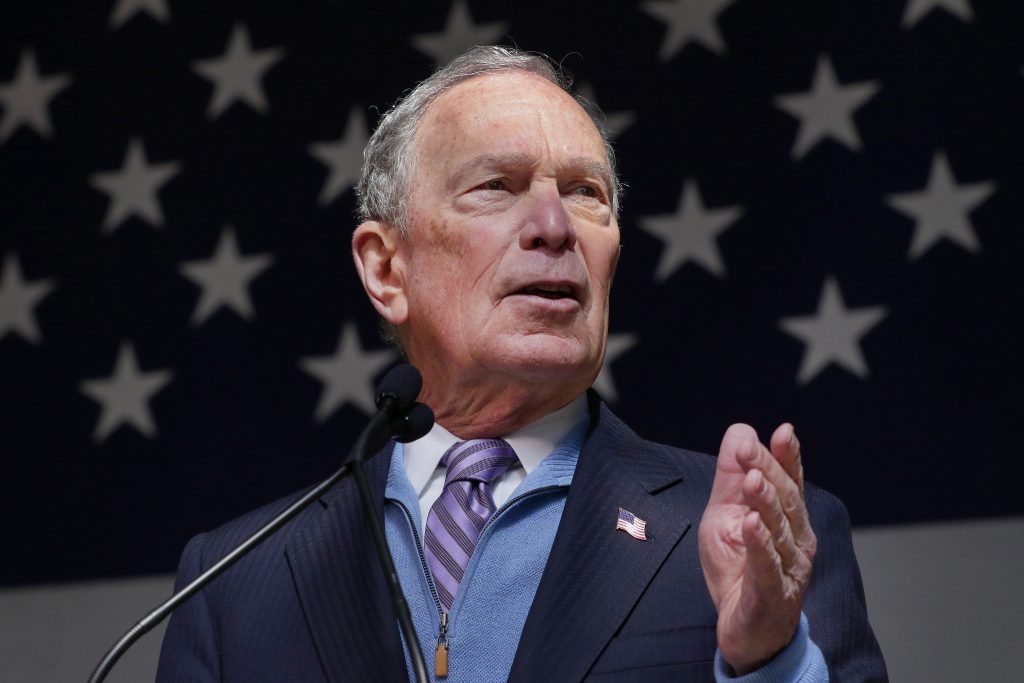 Billionaire Mike Bloomberg said Thursday that he might not spend money to assist Bernie Sanders if Sanders is the Democratic presidential nominee, a walk back of previous comments that he would use his fortune to boost whoever faces President Donald Trump in November.

Bloomberg’s comments come after Sanders adviser Jeff Weaver said several days ago that it would be a “hard no” on accepting Bloomberg’s financial assistance.

“What do you mean, I’m going to send a check to somebody and they’re not going to cash the check? I think I wouldn’t bother to send the check,” Bloomberg told the Houston Chronicle on Thursday.

The back-and-forth is part of a larger escalation between the two campaigns as a slew of Tuesday primaries approach, marking the first time Bloomberg will appear on ballots. Fourteen states vote on “Super Tuesday,” and Bloomberg is hoping he can pick up enough delegates to blunt Sanders’ rise.

Bloomberg, the former New York City mayor, is worth an estimated $60 billion, wealth built from the financial data and media company he started in the 1980s. He’s already spent more than $500 million on his presidential campaign. But he’s pledged to keep campaign offices open and staffed in general election battleground states through the fall.

“I said that I would help, I’m going to keep our campaign offices, the main ones anyways, open until Nov. 3,” Bloomberg told the Chronicle. “And if they don’t want to use them, then fine. Then we’ll close them.”

It’s a reversal from his comments in a CNN town hall on Wednesday, when Bloomberg was asked specifically if he would give financial help to Sanders. He committed that he would keep the offices open so whoever is the nominee can use them.

For Sanders, Bloomberg serves as a clear foil in his argument that the American economy is skewed in favor of billionaires who can manipulate the system in a way regular Americans cannot. Weaver said the Sanders campaign would rather rely on small-dollar donations.

Also on Thursday, Bloomberg’s campaign released new details about his cardio health and urged the Sanders campaign to do the same.

A letter signed by Bloomberg’s doctor says he underwent cardiac stress testing and an echocardiogram in July. It shows normal function of his left ventricular, “excellent exercise capacity,” and a left ventricular ejection fraction of 60 to 65%, which is in the normal range. The letter notes that Bloomberg had a stent placed for a blocked coronary artery in 2000.

Sanders’ health has been under scrutiny since he suffered a heart attack in October. Both men are 78.