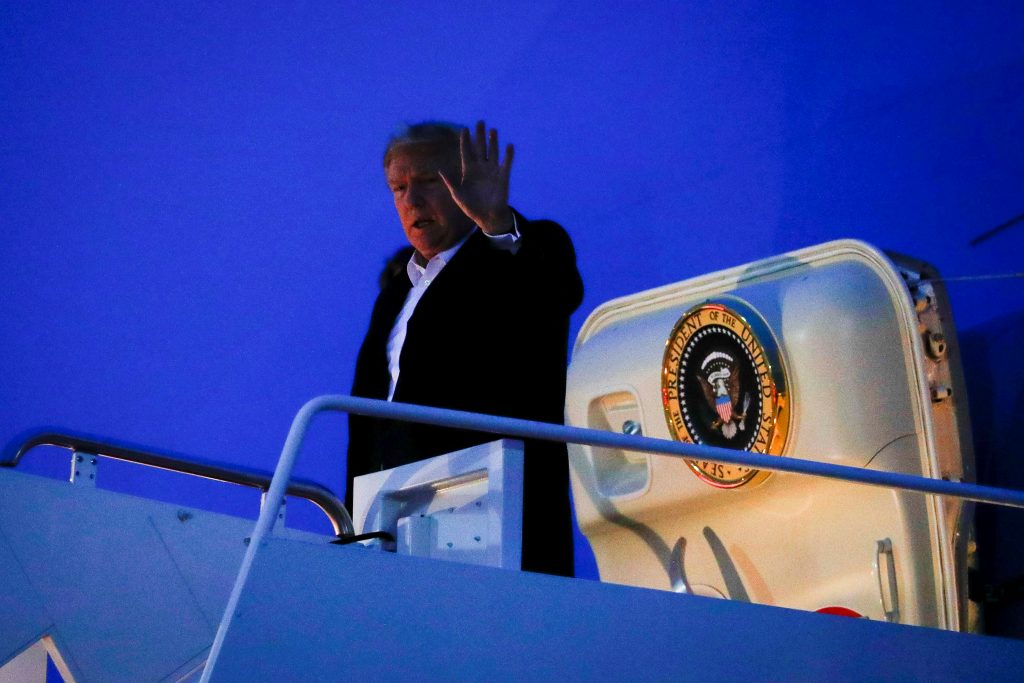 President Donald Trump said he’ll discuss the coronavirus threat at a White House news conference Wednesday, a day after he sought to minimize fears of the virus spreading widely across the U.S.

Trump tweeted that representatives from the Centers for Disease Control and Prevention, and others, would join him at the late-afternoon appearance.

Trump and members of the administration have been sending mixed messages about the virus.

The CDC on Tuesday warned the American public to prepare for an an outbreak of the disease, which has spawned more than 80,000 cases around the world but relatively few so far in the U.S.

But before he flew home from India on Tuesday, Trump said the coronavirus situation is “very well under control in our country.” The administration has asked Congress for an additional $2.5 billion to speed development of a vaccine, support preparedness and response activities, and to gather needed equipment and supplies.

Arriving back in the U.S. early Wednesday, Trump immediately began to push back against critics who say he should have acted sooner to bolster the federal response to the coronavirus.

He tweeted that the CDC, Health and Human Services Secretary Alex Azar and others are “doing a great job with respect to Coronavirus!” and announced that he would be briefed later Wednesday.

“I will be having a News Conference at the White House, on this subject, today at 6:00 P.M. CDC representatives, and others, will be there.”

The president keeps close tabs on the stock market, seeing it as an indicator that his economic policies are working and frequently charting its growth on Twitter. Markets tumbled Monday by more than 1,000 points and again on Tuesday, and Trump noticed.

In India, he said China, where the outbreak began, was getting the epidemic under control.

“They’re getting it more and more under control so I think that’s a problem that’s going to go away,” he said in India, while noting that “we lost almost 1,000 points” Monday on the stock market.

Azar was scheduled Wednesday to testify to Congress about appropriations for his department, with questioning about the administration’s coronavirus preparations likely.

White House press secretary Stephanie Grisham also engaged in the pushback after returning with Trump. Grisham retweeted a CDC post that said “there is currently no reported community spread” of coronavirus in the U.S.

In the tweet, the CDC advised people to take the usual precautions to avoid spreading the virus, such as staying home when sick and washing hands with soap and water.

Dr. Anthony Fauci, the National Institutes of Health’s infectious disease chief, told CNN on Wednesday that the first clinical trials for a possible coronavirus vaccine could begin in one to two months. He said a vaccine that people can use is a year to a year-and-a-half away “at best.”

Fauci said that while only a few cases have turned up in the U.S. from travelers outside the country, “we need to be able to think about how we will respond to a pandemic outbreak.”

“It’s very clear. If we have a global pandemic, no country is going to be without impact,” Fauci said.

A pandemic involves the continual spread of sustained transmission from person to person in multiple regions and hemispheres throughout the world simultaneously, Fauci noted.