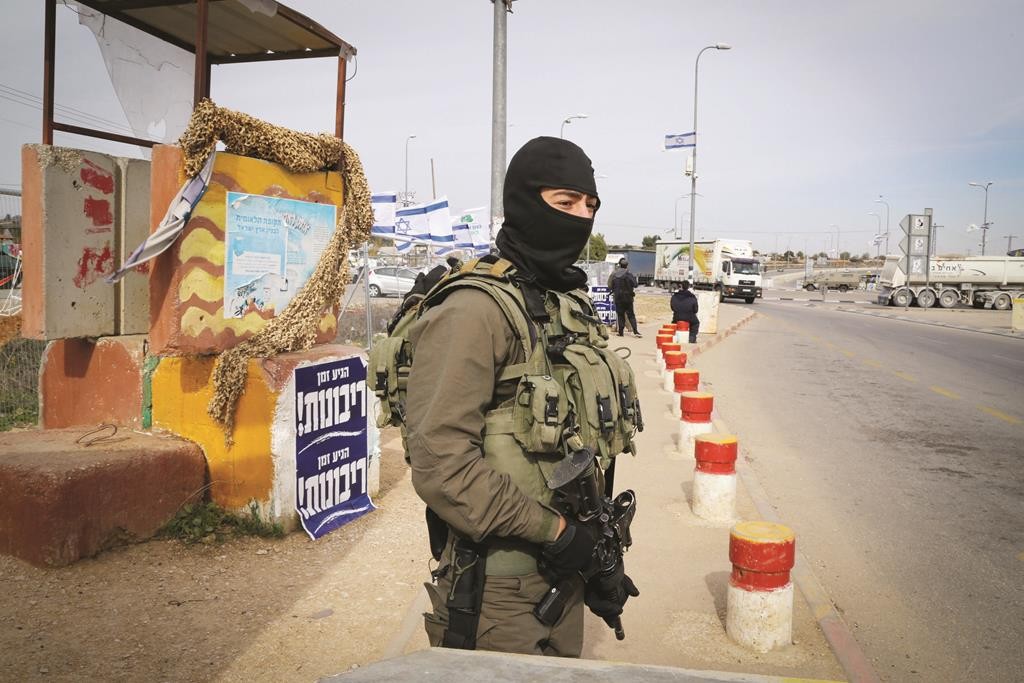 A military court on Wednesday sentenced terrorist Hamza Elifalat to 18 years in prison and required him to pay NIS 500,000 to the family of the woman he attacked and nearly killed. The sentence was the second one meted out to Elifalat for the murder of Nurit Zamora, whom he stabbed in the parking lot of the Rami Levy supermarket at the Etzion Junction in 2015.

Elifalat had previously been sentenced to 14 years in prison for carrying out a terror attack, but the new conviction was for attempted murder, which will make it much more difficult for him to be paroled. The previous decision was appealed by the family, who were extremely angry that the terrorist was not convicted for trying to murder Nurit.

Elifalat stabbed Zamora, a resident of the Chevron Hills town of Beit Hagai, in the back as she was loading groceries into her vehicle outside the supermarket. Intending to kill her, the terrorist hit her spinal column – but not the spinal cord, b’chasdei Shamayim. As a result, she was badly injured, but survived.

The supermarket is just one of numerous businesses frequented by Jews and Arabs at the junction, which in recent years has become a major shopping hub for residents of not only Efrat, Kiryat Arba and other Jewish towns in the area, but for residents of Arab villages in the region as well. The attack on Zamora occurred during a period when there were many similar attacks in the Gush Etzion area.

The family was represented by attorney Chaim Bleicher of the Honenu legal rights organization. Bleicher said that “a sentence of 18 years is the minimum given to those convicted of attempted murder, and with the passage of recent laws, that minimum will increase to 20 years. While we are disappointed that he only got the minimum sentence, we are happy that the terrorist will serve an additional four years,” Bleicher said.